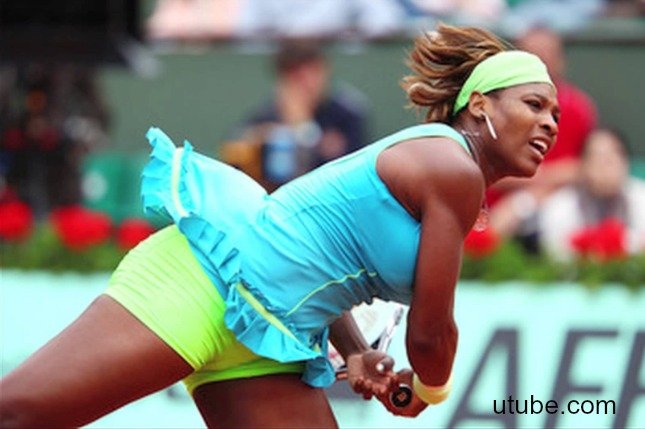 With league season coming into full swing it’s time to review some of the fundamental rules that are designed to minimize bad behavior on the tennis court during those life-and-death matches we all play.

Did you know that the United States Tennis Association (USTA) publishes a list of “unwritten rules” based on tradition that all players should follow? It’s called The Code. And here’s my very own adaptation that I’ve developed based on years observing the most successful league players:

Courtesy is expected. But overrated.

Yes, politeness and respect start with congenial greetings as you enter the court. Once you’ve said hello, warmed up, and begun the match, let the rudeness begin! Just don’t forget the cordial handshake at the end. As you walk off the court after winning, try a warm parting remark like, “We should all exchange phone numbers. It would be great to play again sometime just for fun!”

During warm-up, each player should try to hit shots directly to the opponent. Or better yet, at them.

Haven’t we all experienced uncooperative warm-ups with opponents who slam balls at you, hit winners and drop shots, or take all the pace off? Well, rather than wait for an opponent to get the upper hand, win the warm-up before she does!

Players make calls on their own side of the net. And on your side!

Yes, believe it or not, an actual rule that states that you’re only allowed to call the balls on your side of the net. You’re not supposed to say stuff (in an accusatory tone of voice) like, “Are you SURE that ball was out?” Or, “Which part of the line is out?” That’s considered bad sportsmanship. So, what options do we have if we think our opponents are making bad calls and we’ve already accused them of cheating? Retaliatory bad line calls, of course!

A ball that touches ANY part of the line is good. Yes, even the outside!

It sounds like such a simple, clear-cut rule, doesn’t it? But what if a ball might have hit the line but you’re really not sure? And you really, really need the point? It’s not like you call every shot out that hits the line. Maybe just one or two. At critical moments. Is that so wrong???

The opponent gets the benefit of the doubt. Unless it’s a crucial point, right?

It’s up to us to exhibit the strength of character and graciousness to give up a point if there’s any doubt at all about our judgment. God, that sucks!!! If you’re really in a quandary about a call, just harken back to Rule #1 above: Courtesy is expected. Then do anything to win the match.

A player is not required to show an opponent the ball mark made on a clay court. Unless you can bully them into it.

Who knew? Didn’t you think it was your right to march up to the net, glare at your opponents, and demand that they show you the ball mark from the winner you just smacked? Opponents may not be “required” to show you the mark but you can always try browbeating them into submission.

Doubles players should not talk when the ball is moving toward their opponent’s court. But hysterical shrieking is really effective.

Here’s the scenario: You hit a really crap short lob and your partner is about to get killed. You can’t just scream (with a shrill note of true panic in your voice), “LOOK OUT!!!! SHORT!!!” just as your opponent is about to crush an overhead? What’s up with that rule? But here’s the cool thing: If you kind of forget and scream it anyway, your opponent has to actually stop play before she contacts the ball in order to take the point. Who has that kind of self-control? So, even though you shouldn’t cry out as your opponent is about to hit, it usually works like a charm.

If you and your partner disagree on a call you must give your opponent the point. Then give them your partner too.

We’ve all been there. You call a ball out and your too-nice partner disagrees with you. The rule says that you have to give the opponents the benefit of the doubt and concede the point. But it doesn’t say that you can’t sulk, fume, grimace, and take your soon-to-be-ex-partner aside and tell her she’d better freakin’ never contradict your call again.

A player should avoid grunting and making other loud noises. Unless it helps you win matches.

Thanks to pros like Maria Sharapova and Victoria Azarenka, grunting and screeching have become fashionable. The only difference between their loud noises and ours is about 100 mph. I have found, however, that a high volley punctuated by a giant grunt often intimidates the hell out of the nearest opponent. So, if it helps to win a cheap point, grunt away. Because courtesy, as I’m sure you agree by now, is clearly overrated!