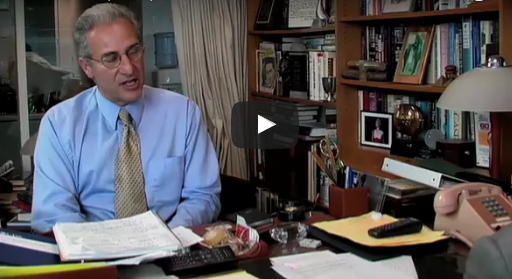 THE WITNESS: A Must See Documentary

The story of Kitty Genovese, a young woman who was stabbed to death in NYC over 50 years ago while 38 people did nothing– still haunts us. But that’s not what really happened. Nevertheless, that horrifying tale of urban apathy reverberated through a family, branded a neighborhood, indicted the media, tore a hole in our innocence, and embedded itself in our psyches. Now a penetrating documentary THE WITNESS follows the person most deeply affected by her murder, Kitty’s brother Bill Genovese, as he scrupulously and painfully peels back the many layers of reality which lead to the lurid headlines and that narrative, much of it false or distorted. THE WITNESS is required viewing.

Writer/producer James Solomon (“The Conspirator”) makes his directorial debut in this moving, disturbing, absorbing, and ultimately enlightening expose. He spent 11 years bearing witness to a brother’s journey as he set out 40 years after the fact to lay his sister and his questions to rest.

Kitty’s last excruciating 32 minutes of life are what most people think they know about Kitty. Reportedly, in the early morning hours of March 13, 1964, after finishing her shift as the manager of a local bar, 28 year-old Kitty Genovese parked her car in Kew Gardens, Queens and was walking the last 100 feet to her apartment when she was stalked and stabbed in the back by a stranger who then ran off when someone yelled out. Kitty then dragged herself to the back entrance of her building, was able to make it inside to the outer vestibule, when the stranger returned, stabbed her again repeatedly, raped her, robbed her, and fled.

Two weeks later, THE NY TIMES  reported that 37 people–later the number became 38– in the surrounding apartments witnessed the crime and did nothing.  I spoke to the filmmaker by phone and Solomon described the “mysteries” that he and Bill were attempting to unlock: “What went on in those apartments?” “What kind of man would do this?” And finally, “Who was Kitty? What was she like?”

Solomon noted that ultimately, “we learn more about (Bill) the witness than what is actually witnessed.”

Bill who was 16 at the time of the murder, was close to his sister who was 12 years older and “like a mother to him,” but he didn’t really know her. “The heart of what he was after …was trying to reclaim Kitty’s life from her infamous death.” He had lived with the story that no one had helped her, and it haunted him and their family enough to make him want to enlist in the Marines at 19 and help the war effort in Viet Nam. He suffered injuries resulting in both legs being amputated. But what at first seemed crippling, later ended up opening doors for him. According to the filmmaker, many of the witnesses who were still alive and were able to be located, had retreated into silence, but were “only willing to speak to Bill.”

We’re with Bill as they tell him what they heard or saw that night; it seems none of them heard or saw all of it, or understood what they were hearing or seeing. We hang on every word, hoping to learn the truth, and gradually discover that the truth is elusive and multilayered, and leads to even more questions.  We look out of their windows at the street below where it happened, trying to imagine what they saw. But there were two attacks and one was out of view of the other. No two people saw the same thing and no one saw it all. Two witnesses may have called the police, but the police log is fuzzy on this. Finally we learn that Kitty’s last moments were significantly different than what we imagined.

So where did the tale of this woman alone and ignored in her hour of need originate and why? Where did that infamous number of witnesses- 38- come from? How many were there really? Look no further than NY TIMES city editor J. M. Rosenthal, now deceased, who when questioned about his handling of the story, brushes off the details and points to the wake up call the story became, reportedly saying, “People all over the world were affected by it. Did it do anything? You bet your eye it did something. And I’m glad it did.”

In fact, the sensationalized Kitty Genovese story led to the creation of the 911 call; it has been studied as a psychological phenomenon  known as the “bystander effect”; it has spurred community organizing against crime and sexual violence; it inspired TV episodes, books, a musical–and no doubt sold a lot of papers.  And though subsequent news reports would point up the original story’s inaccuracies, the themes it rang continue to reverberate. The filmmaker notes how “potent the fake narratives we tell ourselves.” Indeed, had Kitty’s story not been sensationalized, it certainly would have been a comfort to her family, but would we have felt its impact 50 years later? Not only does THE WITNESS point up how elusive is the literal truth, but also what an ethical double-edged sword.

Kitty Genovese circa 1956. Photo from June Murley. Courtesy of The Witnesses Film, LLC.

The film is mesmerizing and unflinching, circling back again and again with new information to that night, that neighborhood (almost physically unchanged) those events coming into sharper and sharper focus, the pace and tone taking its cue from Bill’s own unrelenting need to know, his skill as a former military field intelligence scout, and his soul searching for something beyond the facts.

Through old black and white family photos   headlines, diagrams, and snippets from blurry home movies, we witness Bill bringing Kitty into the light, her hidden romantic life, her vibrant, funny personality, her stylishness, her close family, her final hours as they really were. He even seeks out his sister’s killer–Winston Moseley an insane fetishist and repeat murderer who recently died in prison, and whose family has constructed their own narrative based on the shifting story he told them, and what they could bear to know.

In its final moments, the film takes us to right to Kitty’s doorstep and the horror which erased her, the horror which kept her family from speaking about it for years, and which ironically left Kitty a blank slate on which we could all project our personal pain and drama. What Bill chooses to do in the movie’s climactic final moments, results in one of the most disturbing, cathartic, primal sequences I’ve ever seen on film. I was seared to the bone. What transpires is a testament to Bill’s unflinching desire for clarity, propelled by courage, love and an inexorable need to be there for his sister in her darkest hour. What if it hadn’t happened? Could it have been different? At the heart of it, this is what Bill and all of us grapple with. As I watched, something gave way, buffered by the unmistakeable power that comes of being THE WITNESS.

THE WITNESS: A Must See Documentary was last modified: March 5th, 2018 by Joyce Kulhawik