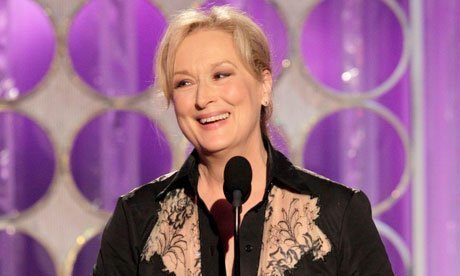 Get Set for the Oscars

The good news: 50+ women rock. And thanks to this year’s crop of Oscar nominees (and Netflix), we can watch our favorite actresses over and over, celebrating their range and level of craft.

The bad news: There are still — it seems – more plum actor and director positions for men 50+ than women.

That said, we applaud all the contenders – after all, it’s an honor just to be considered (or so they all say). Here’s who we’re rooting for come Oscar night, along with some commentary on where we hope to see them next. Glenn Close, Albert Nobbs. Though she played a man in this movie, we BA50s know Glenn Close is all woman. Next up we’d love to see her play to her sexy, unpredictable Fatal Attraction side, perhaps as a soccer mom having a tryst with her much younger suburban neighbor a la Desperate Housewives.

Meryl Streep, The Iron Lady. Is there anything this icon can’t do? What about showing her grit as Tiger Wood’s ex wife in a made for TV movie on what happens when Sports Gods Behave Badly (a mini-series in its own right); after all, didn’t Elin Nordegren use an iron to get ‘ole Tiger where it hurts? Janet McTeer, Albert Nobbs. The British born actress, who, thanks to this gender-bending role looks suspiciously like Tilda Swinton’s younger sister, explains how she gets into her roles:  “The older you get, the better you get, because you’ve seen more. You don’t necessarily have to go through a lot, but you have to witness it in order to recreate it.” A wise motto for a movie we’d like to see produced where, instead of Reese Witherspoon dating two guys at once (a la This Means War) it’s a BA50 who strings them along (no “cougar” titles allowed). George Clooney, The Descendants. George. George. George. The salt and pepper hair. The sarcastic (but charming) smirk. The laid back way he seems to handle his celebrity. And the fact that he’s not just cheesecake (or beefcake?) but a solid actor not afraid to take on hard role. Let’s just say, if I had been his wife in The Descendants, I would never have been on that speedboat in the first place. We’d have been spending way too much time, instead, on the beach, in our bedroom, in his office, in my office….dare I say more?

Gary Oldman, Tinker Tailor Soldier Spy. No offense. Gary Oldman has always scared me a bit. He did, after all, play Dracula as well as a violent football hooligan in The Firm (dating myself I know). Most recently he was Sirius Black in the Harry Potter film series. All of which is to say we’d love him take on something a bit cheerier, perhaps as a sidekick to Miss Piggy and The Muppets. Always loved them. 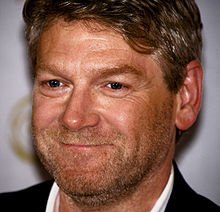 Kenneth Branagh, My Week With Marilyn. I still think Kenneth Branagh’s best years were those married to Emma Thompson but no matter… with his blondish-gray stubble and adorable accent, he could totally draw the ladies in for a remake of When Harry Met Sally BA50 style. Just add the teenagers, the suburban mortgages, the college tuitions, the elderly parents to care for and it’s a great sandwich generation movie the whole family can enjoy. Just bring on the low-cal, cholesterol free popcorn and a juice cleanse.

Nick Nolte, Warrior If only we could turn the clock back to the days when Nick Nolte starred in Prince of Tides. Those were his golden days, though Rich Man, Poor Man was pretty good too. Now, we see him more as the crazy Uncle Fudd you always made fun of. Perhaps he’ll be starring next in What to Expect When Your Kids Leave Home, Your Wife Leaves You and It’s Just You and the Dog.

Christopher Plummer, Beginners The legendary actor – married 43 years – is to be commended for not only a splendid performance in Beginners but for being so wise post-50. Always the gentleman, he’s been quoted as praising his wife for her bravery and beauty. Maybe next he’ll star in Secrets of The Perfect Husband or It Really Doesn’t Have to Be Complicated.

Max von Sydow, Extremely Loud & Incredibly Close.  I’ve been a fan of Max von Sydow’s ever since seeing him in The Diving Bell and the Butterfly, though he also impressed me in Hannah and Her Sisters. The man has been making movies since 1949 with no signs of slowing down: A true testament to getting better as you get older. Woody Allen, Midnight in Paris. LOVE his movies, despite the dip he took in the 90s and hope he wins – though as a mother, I still find his personal life unsettling.

Terrence Malick, The Tree of Life. Totally didn’t get this movie. Hated it in fact. But applaud the director for taking risks: A BA50 motto.

Alexander Payne, The Descendants. How can you resist a movie with sex, betrayal, loss and family dysfunction?  Though I think the movie is overrated, it’s an honest portrayal of 21st century life.

Martin Scorsese, Hugo. Marty. Marty. Marty. This man continually goes where no director goes before. His sheer brilliance is matched only by his nasal voice, big ideas and his boatloads of enthusiasm. A definite gold star for effort and hopefully for Oscar. In any case, we’ll be watching.

Get Set for the Oscars was last modified: February 21st, 2012 by Jeanne Muchnick