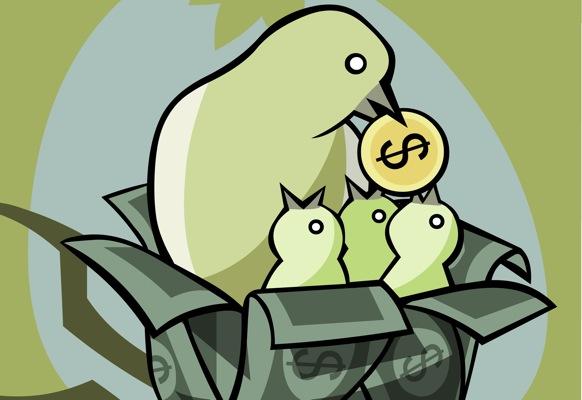 When Your Parents & Your Kids Need Money

Here’s the scenario: You’re a midlife woman who has followed almost every basic instruction when it comes to fi­nances. You’ve contributed to your 401(k), invested well and paid down the mortgage. You thought you were on track to retire comfortably at 65. You were wrong.

But that’s not because your retirement has taken a 30 percent hit and your house isn’t worth what it was. The more pressing problems are coming at you from the generations above and below. Your parents and your teenage kids need cash sooner rather than later, and they are probably counting on you to make up the shortfall. Don’t panic; these tips will help.

WHEN YOUR PARENTS’ RETIREMENT ACCOUNTS HAVE CRASHED

First, triage
Your parents’ most im­portant needs are food, shelter, utilities and health care. If they are falling short in these categories, step in and solve the problem. Sell their assets to do so, if you can; spending down their net worth can help them qualify for gov­ernment assistance. If that’s not possible, you can give anyone $13,000 in cash or property in a year without running afoul of gift-tax rules. “Get the situation out of emergency territory,” says Ross Levin, a financial adviser in Edina, Minnesota, “so you can think clearly enough to move forward.”

Then ask: How bad is it? You need to understand your parents’ cost of liv­ing at the same level of detail that you understand your own, says Carolyn McClanahan, a financial planner in Jacksonville, Florida. Use the past
six months’ bills and statements to get a handle on their cash flow.

Next, turn to their investments
The most worrisome scenarios involve accounts that were heavily invested in stocks. A 70-year-old who had 50 per­cent in stocks likely took a big hit. So what do you do? Perhaps not much. “That portfolio may now be at the appropriate asset allocation by default because the stocks are worth so much less,” when you consider their dollar value as a percentage of the whole portfolio, McClanahan says. If the portfolio hasn’t adjusted, make changes to reduce their exposure to stocks (the rule of thumb is 100 – age = percentage invested in stocks).

Help create an income
One thing your parents are worrying about is that their money will not last as long as they do. To address this, you could turn part of their nest egg (say, 5 percent to start) into an income with the use of immediate fixed annu­ities. These are relatively low-cost vehicles that take a lump sum and con­vert it to an income stream that lasts for life. For instance, for $100,000, a 75-year-old woman in New York State could receive $870 a month until she dies. (Note: These are not variable an­nuities; I don’t recommend those in this situation.) You can play with different scenarios at annuityshopper.com.

Lean on Uncle Sam
The tax code does provide help for children who are taking care of their parents financially. “There are three things to do,” says New York City fi­nancial adviser Stacy Francis. “One: If you meet the IRS’s criteria (available on Publication 501 at irs.gov), claim your parents as dependents, even if they’re not living with you. Two: Use your flexible spending account to pay for up to $5,000 of dependent-care expenses with pretax dollars. Three: Con­sider allowing your parents to pay you for the time you spend taking care of them. This could help them further reduce their assets.”

Get help if you need it
Once you enter the very complicated world of Medicaid planning, you’ll need a financial adviser or eldercare attorney. Try the National Academy of Elder Law Attorneys at naela.org or the National Elder Law Foundation at nelf.org.

WHEN YOUR KIDS’ COLLEGE FUNDS ARE ON LIFE SUPPORT

Adjust your game plan
Over the past few months, Ross Levin has handled plenty of calls from people “freaking out” about the bath they’ve taken in their 529 college savings plans. It’s important to point out that if your child is less than two years away from college, his assets belong in safer places than stocks. It may seem too late to fix this, but you can sell the stock now and supplement the portfolio with loans. And as Levin points out, since almost no one has saved for college fully, you don’t know in which year you would have used the money: “If you have two years of tuition saved, you can use it for years three and four, and that will give the port­folio more time to come back,” he says.

To make up the difference, look into loans
Now’s the time to research financial aid (work through the calculator at fafsa4caster.ed.gov to see what kind of help you may be able to expect) and scholarships (check fastweb.com andcollegeboard.com/scholarships).

Pay down your house
For anyone who has lost confidence in the ability of 529 assets to grow as promised, and for those who want to qualify for the most aid, McClanahan suggests this strategy: Stop contributing to the 529, and pay down your mortgage instead. Here’s why it works. When you apply for college financial aid, the formulas do not take into account the equity in your home or the money in your per­sonal retirement plans. So if you own a $500,000 home outright and have $10,000 in a 529, you’ll qualify for more help than you would if you owed $200,000 on your house but had $150,000 in the 529.

YOUR OWN TEETERING FINANCES

If your family is caught in one or both of these situations, only you can deter­­mine how much you can sacrifice to help your loved ones. But one thing re­mains important: Do not take such a big financial hit that you jeopardize your own future. I say this as both a daughter and a mother, and I know that it is hard advice to swallow. Still, you have to put your own retirement needs first. Ultimately, by keeping your finances in order, you’ll help make sure your kids don’t end up sandwiched too.

When Your Parents & Your Kids Need Money was last modified: November 12th, 2012 by Jean Chatzky