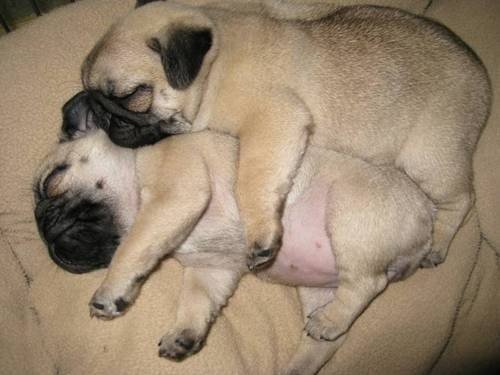 The Truth About My Sex-Life

I know this site is about being better after 50. But here’s the truth: I’m not convinced sex is better after 50. Sure, we don’t have the kids to worry about, and yes, it’s nice to be just us, but things – at least in my bedroom – have gotten quite routine and boring. There I said it.

After 25 years together, we’ve lost the spark.

When I see my young adult children all lovey-dovey with their boyfriends, I’m actually a tad jealous. How nice, I think, to melt into each other’s arms, get goose bumps simply by holding hands, and enjoy the anticipation of long and slow makeup sessions (though of course I try not to think of my girls in these positions).

There’s definitely something to be said for young love.

And something to be said for “old love.”

Yes, we fit into each other’s bodies perfectly. And yes, I know every hair on his chest and crease in his neck and how long it will take him to get things going.  But do I get as excited and revved up as I did in the old days?

When I talk to my girlfriends, they seem to be in the same camp. Which makes me feel a bit better. Though, in reality, it’s difficult to get hard truths (no pun intended).  According to some research I’ve read, married couples over 50 have sex once or twice a week. Yet another study puts that number at closer to once or twice a month. Still another goes on to report that couples with higher levels of marital satisfaction have higher frequencies of sex.  Does that mean I’m not happy? I don’t think so. Can’t I just be tired? Or as one reader on a website wrote in, “dryer than the Sahara?”

True, as we age we lose our libidos, and yes, menopause can sometimes make sex uncomfortable. It’s also true we often have to “work harder” to make our spouses more pliable which frankly, can get tiring (see excuse #1 above). And yes, there’s a dryness issue. But all of this can be worked out.

If there’s one thing I know in my 50-plus years on earth it’s this: Men are controlled by their organs. They want sex. Would have it all the time, if they could, even with a fever or a bad back or anything else they may have complained about earlier in the day. And while their medications may slow them down, they still crave it, desire it, aspire for it– and want you to be interested too.

Being a certain age, we know the things we’re supposed to do. Date nights. Hotel overnights. Lubricate. Communicate. I’d add to that: Check your Vitamin D levels, get the rest you need, watch some hot movies, and forget about what everyone else is doing.

I’m fine with our routine, “boring” as it may be. I like the comfort. And I like that my husband doesn’t complain when I crawl into bed with my flannel pj’s and my hair piled high in a messy ponytail, the grease of my heavy moisturizing night cream slathered on my face.  I like that he knows my jiggling body and enjoys it for what it is (or rather, what it’s become). And I love snuggling – though often that leads to you know what (at least in his mind and so I have to comply). But mostly I love that after 25 years we have a solid marriage, meaning I can tell him to leave me alone when I’m really tired and know when I have to “give in” to make him happy (it always works in getting him to fix a leaky faucet the next day or that weird light in the basement). And while I’ll admit it’s interesting to hear about other people’s sex lives, at the end of the day I really don’t care. Just like “they” say 50 is the new 30 – it’s not. So why should I believe the hype when “they” say sex post 50 is “the best ever?”

It’s your life. What goes on between the sheets should stay there.