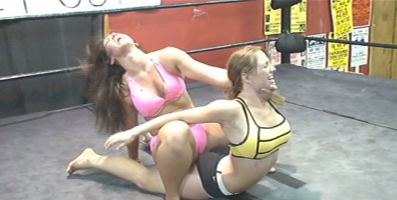 “It’s your posture muscles,” explains Alex, my 20-something physical therapist. “They need work.”

Oh yeah. I think. My posture. The thing I used to have as opposed to the hunched over, tight in the shoulders poor excuse of standing up straight that I have now. Could it be those years driving endless carpools rushing here, there and everywhere to get to the soccer field on time? Or could it be those millions of hours spent pouring over recipe books trying to figure out what was for dinner? Or maybe it’s simply days and nights spent at my computer frantically trying to meet a deadline – in a set up that is not ergomatically friendly. Or it could be that other reason. The one I hate to admit to but which seems to announce itself in its constant aches and pains: I’m getting old.

Sure I feel young. And thanks to endless moisturizing, I still look young—or at least young for my age.  And yes, thanks to my bar method classes, I can still touch my toes. But it’s my posture that has suddenly drooped, putting me in physical therapy three times a week in order to re-train my back and shoulder muscles to do what they were born to do.

What’s amazing to me as I sit there with my right shoulder wrapped in ice is that the room is full of middle-aged women (and men) like me, with more than half of them also tending to a shoulder or back injury. “It’s the number one problem we see here,” my ex football playing hunk of a therapist tells me when I inquire about my new roommates. The other thing that amazes me: How packed the place is. Ever since I started two weeks ago, it’s constantly busy, with a never-ending stream of folks in their 40s, 50s, 60s and 70s. There are even a few 80-year-olds who come wobbling in on canes – but God Bless Them – they work hard – though they never seem quite as rushed as the rest of us.

And though most come in for some kind of sports injury or chronic condition, the bulk of them — like me – simply turned one way one day and – ouch! – were in for a surprise. In other words, what was once an “ok” position now hurt – and hurt like hell.

I have to admit I was reluctant to go to PT when my doctor prescribed it. After all, who has an extra 90 minutes a day – often three times a week – to work on restoring and increasing their strength and endurance? I know I didn’t. I really just wanted the drugs. But – alas – there is no magic pill for added flexibility and range of motion.

I’ll admit, in between my three sets of ten counts of chin lifts, corner stretches, and what I call posture pilates, I often lose my concentration. I think about all the work waiting for me at my desk. The errands I need to run. The phone calls I need to return. The youth I took for granted.

“What number are you on?” Alex asks me, jolting me out of my reverie.

And then I go for seven like I’m some stellar Olympic athlete because I don’t want to be here for another 90 minutes next week, and I want to prove to him – and me – that I can still challenge myself, and move my arm at the same time.

Like anything – remember your Mom telling you patience is a virtue? – it takes a while – three weeks in fact —  until suddenly – and subtly — I begin to take notice of the way I’m sitting at my desk. And at the steering wheel. I’m standing up straighter – or trying to — despite the two (or six) Advil necessary to get me through the day.

It’s like the story Nora Ephron tells in her book, I Feel Bad About My Neck ….and Other Thoughts on Being a Woman when she says how she never spent enough time in her youth appreciating her neck. It never crossed her mind to be grateful for it, just like it never crossed my mind to realize I had great posture. Until I didn’t.

And though I try to tell my kids how I used to stand ½ inch taller than I do now, be able to reach for the cereal without crying out in pain, and generally have a body that never talked back to me — I know they’re not listening. “Old” is something that happens to other people. I’m just still wrapping my head around the fact that I’ve joined the club.

My Aching Back! was last modified: April 3rd, 2012 by Jeanne Muchnick