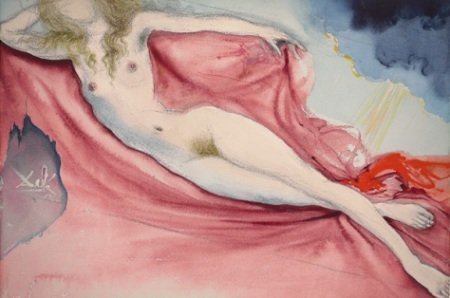 Keeping it HOT… Great Sex With a (Much!) Younger Man

I’ve been enjoying romances for 40 years now, but the one I’ve had for 11 years with a guy 17 years my junior is the one that works the best. I’m in my fifties and he’s in his early forties. We were introduced by a friend, and when I saw him come through the door I said: “Wow, who is that?” Luckily my friend replied, “The guy I plan to introduce you to.”

From then on we enjoyed each other — mostly in the sack. It doesn’t get more simple and honest as that. I wouldn’t want him (or anyone) permanently at my side. I don’t want marriage; I’ve done all that. And I don’t want non-erotic sex – which you often get when you both do your domestic thing together.

Paradoxically, it was the obvious limitations of the relationship that have contributed to its longevity. Right at the start he said: “There’s such an age gap, nothing serious is ever going to happen to between us, so let’s just enjoy what we’ve got for as long as we’ve got it.”

So it was always “no strings attached,” which suits me just fine. My life is perfect as it is: My work, my home, my friends, my family and my interests. I didn’t need the “drama.” But I did crave the excitement (feel free to read between the lines).

The trick to dating a younger man is this: Keep it in perspective. It will end one day, have gratitude for what you’ve got so maintain your dignity.

Much of it’s simply about attitude. I once mused about how undemanding I was. He said: “But you’re clever enough to know how to get what you want.” And it’s true. Because I’ve “been there, done that,” – the pleasures and wisdom that come with being a woman of a certain age  is that I’ve never been clingy with him, so it’s been easy for him to come and go. If that makes me “clever” in his eyes, so be it. My needy days are over. I’m also honest enough – both with myself and with him — to know what I really want – Fun with a capital “F”, along with memories and a good roll in the hay.

One also needs a certain perspective. As I told a friend who was asking how I felt when “my guy” wasn’t in touch for a while, I responded: “I don’t know where he’s at or what he’s doing. But I do know where I’m at with him and the relationship, and that’s all that counts.”

And while the sex is great – it’s not just about that. After all, it’s been 11 years and we’re still together, much of which I attribute to the confidence and beauty that comes with the aging of us fifty-something’s. I asked him once what attracted him to older gals and he replied, “A lot of young women just aren’t hot,” he said. “If you were hot once and you keep that going in your attitude, you always are.”

Needless to say, this “fiery” BA50 is having the time of her life.

Check out Linda Franklin’s book, How to be Happy After Divorce, available on Kindle at amazon.co.uk or from her website www.lindafranklin.co.uk.

Keeping it HOT… Great Sex With a (Much!) Younger Man was last modified: December 29th, 2013 by Linda Franklin