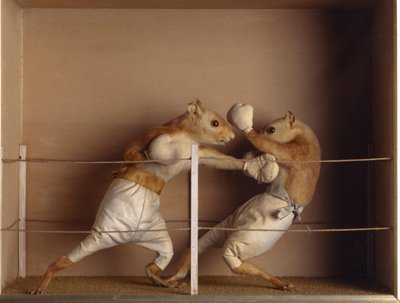 I talked with my mother this morning. (I am so blessed to still have her and treasure each of our conversations.) She told me about a couple from high school. “Did I remember them?” she asked.

“He’s left her for a 57-year-old woman he met during scuba diving lessons. They were both taking the same class.”

“How long were they married?”

That’s all I needed to know. My heart goes out to this woman who married her high school sweetheart, raised children with him, and saw his business grow to the point where they owned four houses–their main residence and three vacation homes.

I met them once shortly after my own divorce. They were a good-looking couple who lived the American Dream and were enjoying all the good things they had worked so hard to acquire. When he decided to take scuba diving lessons I doubt that she had reason to worry. She wasn’t into it (neither am I–even snorkeling gives me an awful sense of the ocean closing in on me). She had always encouraged her husband’s need for adventure, and the scuba lessons were just another phase. When you love your spouse, you encourage them to pursue their interests. I believe this wholeheartedly. (Interestingly, my brother’s reaction was that if the wife had taken those lessons with her husband, then this bad thing wouldn’t have happened to her.)

The cheating husband fell in love with his paramour, liking her sense of adventure, and left his wife and grown children in favor of a new life and woman. He left despite knowing that his children loathed him for leaving their mother and won’t have anything to do with him as long as he is with HER.

My mom didn’t have to tell me anything about the abandoned wife’s emotional state. I know. We all know, don’t we? She’s experiencing horrific emotional pain. She’s in the depths of despair and mourning. Almost everything in her life has changed. She’s feeling betrayed and as if she’s walking on quicksand. Nothing feels solid. Her self-confidence is gone, she’s probably depressed, and all the joy has been sucked out of her.

Mom told me she was an old-fashioned woman, meaning that she has never had to work. Mom’s first worry was: “How will she find a job?”

I reminded her that with four houses on the market she would probably be financially well off (better off than most of us). I am sure her grown children are there to support her, and will help her find a lawyer and secure her finances. But at the end of the day she will be alone in bed, consumed with fear for the future, feeling abandoned, and wondering “Was it my fault?” “What could I have done?”

And the answer is, nothing really. While it takes two to make a marriage, and while no one in a divorce is completely blameless, there is absolutely nothing one can do, short of blackmail or other desperate measures, to prevent a spouse from deserting the marriage once their mind is definitely made up.

I hope she isn’t kicking herself and blaming herself for not taking those scuba lessons with him. This is no time for recrimination. More than anything, she needs to be kind to herself, as if she is her own best friend. Regrets, “what ifs,” and “shoulds” must be set aside– subjecting yourself to such circular thoughts prevents clear thinking and slows down the process of healing. (My mom, bless her, allowed me to get on my pity pot for 15 minutes per day, then she would bluntly tell me to get off. This gave me an opportunity to vent my feelings– which ranged from anger, to fear, to grief–without dwelling too long on the negative. Negative emotions, my wise mother believes, are poisonous and prevent healthy healing from taking hold.)

During the first month of our separation I was hopeful, thinking initially that marriage counseling would help my situation. All it did was convince my ex that his decision to abandon me was the right one. One lawyer advised me: “Once a spouse leaves with furniture (my ex had taken the guest room furniture, all his clothes, and the contents of his office), the chances of his returning are close to zero.” This very astute individual gave me this advice when, in desperation, I was seeking a legal way to slow down the divorce. I simply wasn’t ready to deal with all these rapid changes.

“Too bad,” he said. Instead of holding my hand and sympathizing with me, he coolly told me to assess my situation and salvage what I could financially. Looking back, his advice was sound. But at the time, during the height my grieving phase, I thought him callous and cold.

My advice to my old high school chum, if she were to ask, would be to choose your friends wisely. You’ll need a positive, clear-thinking support system to help you get through the worst months. Choose your lawyer coolly. Make sure this individual has the expertise and know-how to advocate for you in the manner that reflects your philosophy.

I did not choose the first lawyer who crossed my path. The first one, a casual friend, advised me to withdraw all the money from our joint account and stash it away. I knew this would be a declaration of war and I did not seek her advice again. (Interestingly, my ex closed our joint account a month later, leaving me with nothing but $2,000. He paid the mortgage and utility bills, but I worked three part-time jobs at $7-$8 an hour so I could eat, buy work clothes, purchase gas, and the like.)

The second lawyer gave me excellent advice, but I could not afford him.

A third lawyer handed me wads of tissues as I cried, and a folder with a stash of papers 1/2″ thick. I was to ferret out all the financials so that I could take my ex to the cleaners. All I wanted was what I was due, which was a 50-50 split. So I left.

We (my ex and I) then both opted for a mediator who helped to divide our assets. Another lawyer friend told me: “The time to draw up the documents is when you are both slightly unhappy with your agreement. There will NEVER be a time when both of you will feel content. Some divorces are drawn out (and become prohibitively costly) over emotional issues that will never be resolved by the things you own. Don’t put your equity at risk because you are angry or hurt, and want to win at all cost.” That was such good advice. Letting go is the hardest but the most mature thing to do. When I reached a point were I was slightly unhappy, I stopped negotiating.

I then turned to a lawyer to draw up the legal documents and make sure that everything we agreed upon was included. He said to me: “You’ve got a good deal. Most women would never get this much.” I took umbrage and said, “I am getting 50% after 26 years. How is that a good deal? It is a FAIR deal.”

As I was fighting for my financial security and trying to think logically, I cried. I cried in the car. Cried in the lawyer’s office. Cried quietly at my desk at work. Cried in the movie theater and while grocery shopping. Cried in the bathrooms of my friends’ houses, so they wouldn’t see me sad.

I began wearing dark sunglasses so people would not notice my puffy eyes. I cried so much at home that my poor rescue dog’s emotional stability was seriously affected. He was going through his own issues of abandonment, and here he had the bad luck to get a mistress who was miserable most of the time. It took him two years to feel comfortable in my home, poor doggie, but in the end we loved each other so much that all was forgiven.

I imagine that my former high school acquaintance is going through a similar miserable phase just now. I will tell her, if she ever asks me, that this phase is temporary. Oh, it will feel like it will never end, but (unbelievable as it may seem) it will.

I would tell her to find something to be passionate about, something that will take her outside of herself and that will fill her life with meaning. For me it was writing this blog and opening my house to two Lost Boys from the Sudan. For another friend it was buying an old farm house and raising chickens, I kid you not. For my divorced sister-in-law it was cultivating her love for books and becoming a librarian.

My last piece of advice to her would be this: Keep yourself open to all the possibilities. Don’t put road blocks in place and don’t hide behind a wall of fear. Don’t let anger rule you. Follow your passions. Use your talent. Find a way to move on, and trust that something new will emerge. Life will go on. It will just be different.

Divorced After 44 Years was last modified: October 16th, 2012 by Divorcedat50