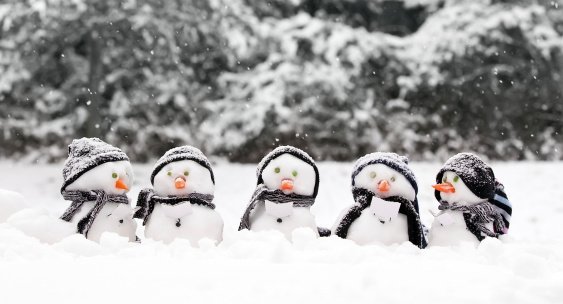 You Call This Cold? HA! This Isn’t Cold!

I grew up in Detroit, where the snow hit the ground in early  November and stayed there through April. Snowfall wasn’t remarkable; it was a given. I was a Detroit Tigers fan and I remember, more than once, watching shivering ball players attempting to play ball as snow fell on Opening Day.

Michigan’s license plates proclaimed my home state to be a Winter “Wonderland,” which was true if your concept of wonderland meant “many opportunities to shovel”

Winter meant temperatures that hovered at 20, often dipping into single digits. It was so cold that a few seconds after you stepped outside, the snot in your nose would freeze.

(And when you went back inside, your glasses always fogged up.)

Every morning we waited on the corner for the school bus, our breath visible in the icy air, so bundled up we looked like a gathering of mini Michelein men, in bulky jackets, snow pants, thermal socks, sturdy boots, scarves, face masks, hats and, of course,  mittens.

It had to be mittens. Gloves just weren’t warm enough. Michigan, in both the shape of the state and what your hands had to have to get yoU through the winter, was all about the mitten.

When we got older, learning to drive involved our parents taking us to a local parking lot to practice spinning out on the ice.

You‘d head for a big patch, then try to control your Mustang or Chevy (nobody in Motown back then had a foreign car) as it spiraled around in graceful circles.

“Driving on ice is something you’re going to end up doing, living here,“ our folks told us,  “so you may as well get good at it.”

When I graduated from high school, because I didn’t know any better, I went to college in Chicago, where winters aren‘t just cold, they’re insanely cold. Because of wind chill, it was often sub zero, the kind of bone-chilling cold that made not just the contents of your nose freeze, but your teeth hurt and eyeballs ache.

My fellow students envied my new fur coat, not because it was elegant, but because it looked so  warm. Of course, to cross the winter campus in my fashionable fur, I still had to don snow pants, heavy boots, a thick wool scarf, mittens and a face mask. The result was far from elegant. (I’ve since realized that I not only looked dorky, but also cruel and insensitive, but that’s another essay.)

The moment I graduated, I moved to California, where the weather was so delightful it was surreal. I could walk outside wearing shorts in December! Swim in an outdoor pool in January! Ride my bike year round!

Did I throw out my mittens,  settle in the sunshine state and live happily ever after? Not me.  Within a year, I was back in the land of harsh winter, attending law school in Boston. After which I moved to Bangor, Maine, where the climate promised, my new neighbors joked,  “eleven months of winter and one month of bad sledding.”

It was only when I became pregnant with my son that I finally had the sense to come in out of the cold. I moved to suburban Philadelphia, whose winters, compared to those of Detroit, Chicago, Boston and Bangor, are mild and manageable.

Sure, we get snow storms. There was a big one last week. But two days later, the snow had melted, and I could walk around outside without a hat.   Only little kids wear snow pants here, and I don’t own a single pair of mittens.

Not that the folks who grew up around here appreciate any of this.

The moment the temperature dips into the 30s, my neighbors and co-workers began kvetching about the cold.

“Cold?” I scoff. “This isn’t cold. You Philadelphians know nothing about cold. We transplanted Michiganders laugh at your idea of bad weather.”

Since moving to this area, I’ve enjoyed 25 delightfully mild winters. And my son, who had the great good fortune to grow up here,  got to enjoy, rather than endure, winter weather.

So after graduating from college, did he decide to settle here and live happily ever after?

No way. He just moved to California. Where, no doubt, when the temperature dips into the 50s and people begin to grouse about the cold, he’ll respond “Cold? This isn’t cold. I grew up near Philadelphia. Now THAT’s cold.”

(This essay first appeared on www.Newsworks.org)

You Call This Cold? HA! This Isn’t Cold! was last modified: January 7th, 2014 by Roz Warren