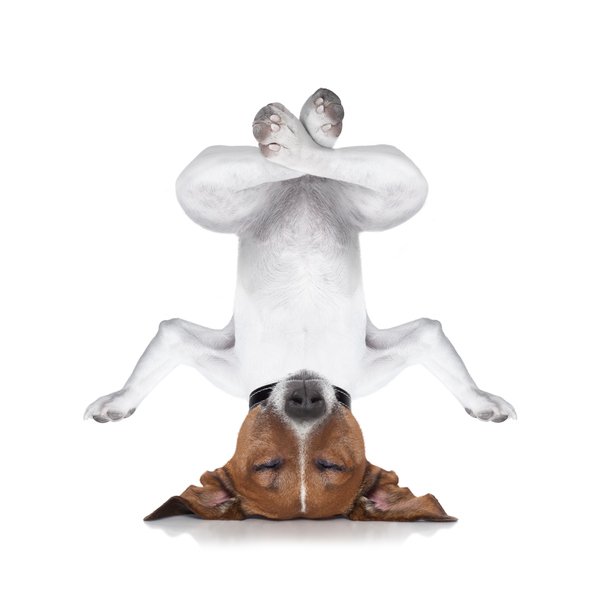 Yoga On A Plane: Is This Annoying To You?

When I was in high school, I had a good friend whose boyfriend did Tai Chi.

We’d be hanging out in the living room  chatting, when suddenly Bob would rise from the sofa, step to the center of the room and begin to move, solemn-faced, through a series of postures.
The first time he did this it made me very uncomfortable.
I continued talking with Thea, trying to ignore the fact that this tall, skinny blue-jeaned dude was standing a few feet away from us striking poses.
But I had been raised to have good manners, which to say to be considerate of the feelings of others. I couldn’t help but feel that by doing his own thing and ignoring us like that, Bob was being rude. And show-offy.
Not to mention a tad ridiculous.
“Hey pal!”  I wanted to say to him, “This isn’t Taiwan! It’s suburban Detroit. Knock it off.”
I didn’t, of course. That would have been every bit as ill-mannered as Bob’s behavior. And Thea loved him, so I put up with it.
But I’ll admit that I was relieved when Tai Chi Bob and Thea broke up.
I thought of Bob recently when I saw that video of the woman who left her seat on a cross country flight and began doing yoga in the aisle of the plane.
You’re not supposed to practice yoga in the airplane aisle! You’re supposed  to stay in your seat, out of everyone’s way. You only use the aisle if you need to get somewhere, like to the bathroom, or to the back of the plane to pester the flight attendants for more coffee.
“It’s rude,” people complained when the video of The Yoga Passenger, dressed in brightly covered spandex, fluidly posing and stretching, went viral. “It’s selfish!”
But others were willing to give her a pass. “Airplane seats are so cramped. Who can blame her for wanting to stretch?  Besides, who was she hurting?”
Her fellow passengers reported that she moved aside when anyone tried to get by. And the flight attendants on the video were smiling.  They seemed  amused rather than annoyed by her behavior.
Hell, I was amused by it myself. She looked so focused and serene, untroubled by the people around her who were snickering or rolling their eyes.
And yet? I couldn’t  help but feel that there’s a time and place for everything, and the aisle of an airplane in flight was neither the time nor place to display your downward dog.
“It’s not an ashram, lady,” I wanted to tell her,   “It’s an airplane! Get back to your seat.”
Then I read about that Southwest flight in which an engine blew up and shattered a nearby window, and the poor woman sitting in the window seat died.
My first thought? If only she’d been doing yoga in the aisle  instead of sitting in her seat — it would have saved her life!
Lesson learned.  When it comes right down to it, we’re all doing the best we can. It’s time for me to stop judging people. Instead, I think I’ll just try to focus on being the best person I can be.
If I’m ever on a flight and  somebody starts doing yoga or tai chi or headstands or even the tango in the aisle, I plan to just smile and let them be.
And If I happen to be seated in a window seat near the engine? I just might join them.
(Roz Warren www.rosalindwarren.com  is the author of Our Bodies, Our Shelves: Library Humor http://ow.ly/LpFgE)
Yoga On A Plane: Is This Annoying To You? was last modified: September 19th, 2018 by Roz Warren