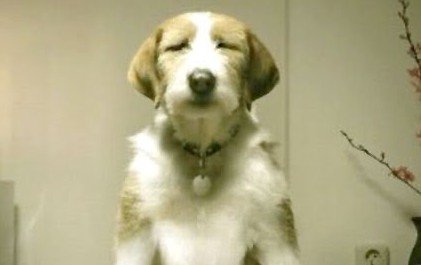 Yoga and Sex: Are You Kidding?

Sorry, all you yogis out there who “get” this causal relationship between yoga and sex, with all its Mula Bandhas and root locks, but I just can’t relate.  My experience with yoga runs to the neurotic, not the erotic.  As I read The New York Times article, “Yoga and Sex Scandals: No Surprise Here,” (Read NY Times Article Here) written by two-time Pulitzer Prize winner William Broad, and then Felice Shapiro’s article last week’s article on BA50 entitled, “Yoga and Sex,” I thought to myself, “I must be going to the wrong yoga studio.  What the hell are they talking about?”

My personal experience with yoga, which is about three years of the hot stuff (and I mean “hot” as in temperature, not sexy) is quite different.  In my world, there is no talk (or thought) of perineums, anuses or sexual rewards.  I am too busy negotiating for “my” space by the wall towards the back of the room, praying that my friend will come and take the space next to me.  My friend needs to be next to me so that the big, fat, hairy guy does is not.   Sorry, but having that guy next to me makes me uber-anxious.  I am accustomed to normal amounts of sweat, and I admit my own sweat drips off my toes during class (and how sexy is that?)  But this guy needs a bucket.

As I lay on my mat before class begins, I have to force myself not to run out of the studio to the coat area where my cell phone may be buzzing in my pocket and there are emails are waiting to be read.   I look at the clock and notice that it is two minutes after the scheduled start time and the teacher hasn’t arrived.  I wonder if class will get out late or we will be “cheated” out of some of our 90 minutes, and I get more restless, because either way I will not be happy.  I think about the heat.   I think about the odor, and how it wouldn’t kill them to light some incense in between classes.   I think about the last NY Times article I read about yoga: “How Yoga Made me Fat,” and I wonder if I wouldn’t be better off with an aerobic workout.   I pray that I won’t let out a little gas when I squat to do crow position.

Here’s what I don’t think about:  Sex.

As class begins, I concentrate on my breathing, the moves, the breathing in sync with the moves.  If the stars are not aligned and the hairy fat guy is next to me, I close my eyes the whole time and try to zone him out.  I concentrate on not falling as I do the balancing exercises.  I reflect on how good the stretch feels.  I try not to hurt my back as I go from upward facing dog to lower facing.  I try NOT to think while practicing yoga.  Isn’t that the whole point?  Clearing one’s mind?

Well, that’s what I thought.  But now I know better.  I now know that Hatha yoga, the “parent” of many different styles now practiced around the world, began using poses, deep breathing and stimulating acts to hasten “rapturous bliss.”   I now know that people can use yoga to think themselves into states of sexual ecstasy (for example, a two to three hour state of orgasmic bliss).  I know that this phenomenon has a name, and that name is “Thinking off”.   Does it get any better than that?  Tell me, how does one go to yoga class ever again without thinking of that?

Now I know that while my thoughts are racing, others in class are making their sex lives better, doing root locks and such and flowering open their butts.  I have to say that creeps me out a little, but also intrigues me.  Maybe I have just scratched the surface.    Maybe I just have to shed those layers of neurotic before I am able to get the erotic.  If that’s the case, I really ought to go more often, because I have an awful lot of work to do.  Hopefully, I can find the time for another class — one without a big sweaty guy.  Maybe someday I will really understand what yoga is all about.  Or maybe I just need to do more thinking. Namaste.

Yoga and Sex: Are You Kidding? was last modified: March 20th, 2012 by Ronna Benjamin