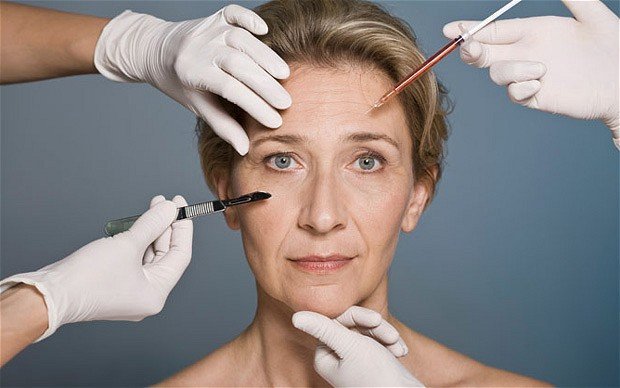 There’s a great new article in May’s O Magazine called “How Old Do I Look?” It features four women from age 42 to 81 and divulges what kinds of aesthetic work they’ve had done, from Botox to face lifts.

It was so refreshing to look at their faces and know the reason they looked so good for their age was due to work they had done, not because they were eating a macrobiotic diet while doing inverted sit-ups, yogic postures and drinking Chinese herbal teas.

Because every message we get — from advertising to television shows to red carpet photographs — is that if we are not youthfully beautiful then we are flat-out not good. That being beautiful is some sort of reflection on a person’s character, will power and self-control.

There may be ageless, perfectly fit people out there who have never had a thing done, but I don’t want to know them. I’m interested in the women who admit their beauty requires certain Herculean tasks or procedures. Here is my suggestion: use your beauty for good, not evil. Be transparent with other women about your beauty secrets. Let’s be supportive of one another rather than competitive.

My friend — code-name Tango 5/6 — is 47 and has absolutely no body fat and a little six-pack. I resent her for this, but I know what she does to achieve that kind of fitness. She drinks green shakes she makes from the broccoli and bean sprouts in her own garden. She does Ab-Ripper X and more push-ups than a Navy Seal during hell week.

I don’t want to do that! I want to exercise just enough to still be able to drink wine and eat chocolate and accept my body the way it is under those circumstances. So I forgive her Tango. I even brag about her and make her show everyone her stomach.

Another friend — code-name Svetlana — has Barbie proportions and a face at 60 with nary a wrinkle nor a sag. And she doesn’t look “done.” But she divulged to me that it took several surgeries to achieve that look. Thank God, otherwise I was going to have to take her out! Bring in a surgical strike team of the military persuasion.

I’m not suggesting that we wear signs around our necks saying “calf implants,” “5 Fraxel laser treatments” or “microdermabrasion with a side of breast lift.” But I also don’t think it’s fair to let our friends think we simply have superior genes and drink a lot of water when our beauty has come at a price.

So, in celebration of Beauty Transparency Score (I just coined that phrase) here’s what I’ve done to look the way I do:

At 45 I had a brow lift/blepharectomy. I have my hair highlighted. I wear make-up every day. I’ve had laser hair removal in various southern climes. I’ve had Lasik eye surgery to eschew the need for glasses. I have veneers on my two front teeth because I broke one when I was a kid. I’ve had tooth whitening treatments, mani/pedis, waxing and eye brow shaping. I use anti-oxidant creams, serum lifting creams, eye creams, cream of tartar, creamed spinach and Cream of Wheat. I wash and curl my hair twice a week. I shave daily and I use personal lubricants. Yes. I had to take it just one step too far.

I’m a migrant worker to the crop that is my body and I know I’m a spoiled, privileged white-collar woman, but we can tackle that topic another day.

In the near future I’m considering a skin-tightening laser called Ulthera (is this snake oil? Anyone?) and perhaps some Fraxel to get rid of sun spots. I’m aging and gravity is winning. But I’m planning to die very old with a good-looking corpse and to share my road map along the way.

My next post will be about my work in Ukrainian orphanages…