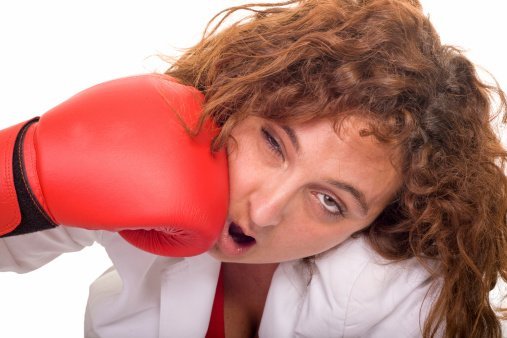 Women Who Make Women The Enemy 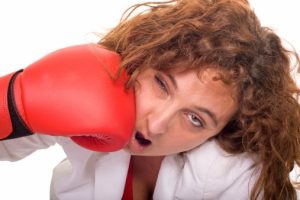 As I read Susan Patton’s recent Wall Street Journal article about how college women need to focus, first and foremost, on finding husbands, my initial thought was “hogwash.” Saying a woman must marry a man who’s her intellectual equal because otherwise her spouse will get a glazed look on his face when the conversation turns to Noam Chomsky or the Bayeux Tapestry is both nonsense and extraordinarily affected (I majored in Medieval Studies in college and in my experience, outside of a school setting, the conversation has never, ever turned to the Bayeux Tapestry).

Telling women that well-educated men are more likely to be interested in younger, less challenging women doesn’t really ring true. The men I know, no matter what their age, are seeking intelligent, interesting, kind, generally age-appropriate and yes, attractive women (and these are not mutually exclusive concepts). And telling women that men won’t buy the cow if the milk is free is a concept even my very traditional mother, who was in her eighties when she died several years ago, would have laughed at.

But my second and more considered reaction to Ms. Patton’s article was that it was somewhat pathetic, yet completely understandable. Ms. Patton is trying to sell an upcoming book and the article, almost identical to what Ms. Patton, the President of Princeton’s Class of 1977, said last year in the pages of the Daily Princetonian, sets up a scenario that is often a guaranteed marketing winner: it’s controversial and pits women against women.

The sad truth is that in our day and age, one of the few ways for men or women to get notoriety and book sales or television contracts, is to say something wildly controversial that will stir up a tempest. Online blogs, newspapers, television and mass media are all looking for stories that generate clicks or comments or fights and the more hostile and crazy the comments, the better. Buzz is rarely created by solid, decent, advice; we would rather rail against some of Amy Chua’s bizarre mothering patterns or feel superior when Ann Coulter says something outrageous.

Yet you’re unlikely to read too many stories about dads who focus on their careers versus dads who put their children above their work. However, the media and yes, the public, seems to take a special zest when women are pitted against women. Stay-at-home moms versus working moms, feminists versus stay-at-home moms, the Real Housewives of wherever, women bosses who tyrannize their female employees, and, of course, in Susan Patton’s world, younger unintelligent attractive women against dour careerists.

Well, I’d like to propose a change. Let’s stop listening to women who make other women the enemy to sell books, or get a spot on Fox News or MSNBC. Let’s stop listening to people who make the same controversial nonsensical statements over and over again. Be careful about advice that stems from an ongoing bitter personal experience, in Ms. Patton’s case, an acrimonious divorce. Let’s go back to the advice I used to give my own children when they were little – be generous, share, don’t be mean (and don’t eat the sand from the sandbox, but that’s a different article).

So here’s the advice I would give about love and relationships. Hopefully it applies to our sons and daughters, as well as ourselves.

• Always leave yourself open to love. Don’t prejudge people, don’t assume that credentials make the man or woman, and find someone who truly loves and gets you, not an image of you. Don’t have a list of characteristics that someone has to meet, but don’t settle for less than you deserve either.

• Be a person who is willing to grow and change, no matter what your age. Embrace new ideas, people and perspectives, listen, care, be adventurous, be committed to your interests and always, always show compassion. Take chances in your life, but keep your friendships strong.

• The true constants in marriage or a relationship are humor, patience, a good heart and a similar view of how you want to live. You can be intellectually compatible and miserable, but it is unusual to be miserable with someone who makes you laugh, values you on a daily basis, and shares the same goals and dreams.

Repeating yourself, being a one-trick pony, even if you’re just trying to gin up controversy to sell a book, is not the way to go about life. Viewing other women as competitors and life as a zero-sum game is not conducive to true happiness. And, for what it’s worth, bringing up Noam Chomsky or God forbid the Bayeux Tapestry at the dinner table is a sure-fire way to not be invited back.