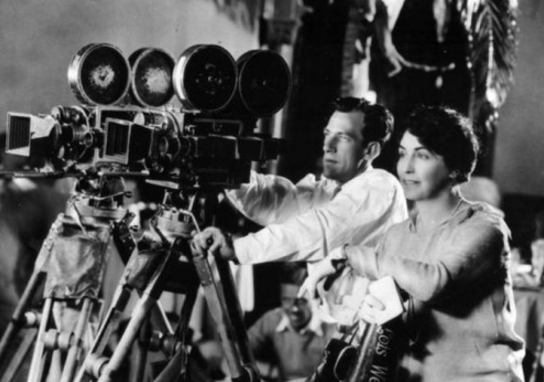 Women In The Movies: Enter This Flicks 4 Chicks Contest

One day we won’t need a FLICKS4CHICKS contest, but you may have perhaps noticed that it keeps raining men at the movies. From macho superheroes and shoot ’em up cop dramas, to frat boy hi-jinks, comedic buddy bromances, and sci-fi adventure films it’s mostly men in the drivers’ seats, in front of and behind the cameras.

Enter the FLICKS4CHICKS International film contest and you can literally change the script and write your OWN.  The contest is part of  the Different Faces/Different Voices Film Festival developed by Harvard Square Script Writers in collaboration with Women in Film and Video/New England. The contest invites anyone from anywhere in the world to make a short fictional film (under 10 minutes) which focuses on stories involving women, stories that involve women as the main characters who have adventures, achieve goals, are victorious, have camaraderie with other women, and whose modus operandi in the world doesn’t depend on men. In other words, the kinds of parts that men take for granted.

According to Festival Executive Producer Genine Tillotson the object of the competition is to surpass the “Bechdel test,” and go beyond what cartoonist Alison Bechdel (whose comic strip was adapted as the 2015 Tony Award-winning Best Musical “Fun Home”) pointed out in her 1985 cartoon strip “Dykes to Watch Out For”–see below:

Tillotson says, “The stats (for women in film) are abysmal from extras to speaking parts… The roles follow the same old tropes…Where are the ‘sismances?’ ” a term for female friendships she believes the festival founders coined. Tillotson goes on to note that even the much praised movie ROOM which earned Brie Larson a Best Actress Oscar this year, is a “distillation of the same old trajectory… The power and the focus shift from an incredibly courageous young woman in the first half of the film, to a boy of five years old in the second half who saves her with a lock of his hair.”

The FLICKS4CHICKS rules require not only that every film feature a female as its major character, but also that there be a female in at least one of the following creative roles: director, producer, writer, cinematographer, editor. Sign up by March 27 and on April 1, entrants will be sent three randomly selected scenarios from which to choose and have one month(from April 1-May 1) to develop it into a film. Potential scenarios might include the following:

A  girl who has always done as she was told comes home from school with some shocking news.

When a young scientist travels to the future she learns something about the planet that changes her behavior when she returns to the present.

Two middle-aged women head out on a road trip after experiencing loss.  What one decides to do shocks the other.

A female war vet, suffering from PTSD, finds it difficult to connect with anyone until a chance encounter in a coffee shop.

Tillotson says she’s constantly thinking of new scenarios just by “imagining men’s roles in movies played by women instead.” So now I’m thinking of Charlize Theron in Leo’s part in “The Revenant,”  or “The Shawshank Redemption” starring Sally Field and Cicely Tyson. Don’t get me started. I’ll be one of the judges along with my colleague Gerry Peary,  so click on our links and see why we think this contest is essential to Cinema as we do not yet know it!

For more information about the contest, rules, guidelines, and prizes, check out these links: