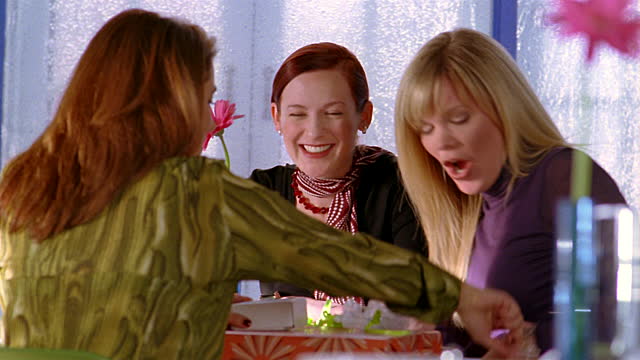 I was on Facebook recently when a former colleague who has just started a new job jumped in with a query about investment portfolios.

“I need advice on stock-picking strategies,” she wrote on her wall. “I want to feel more in control of my finances.”

Within minutes, a whole bunch of us who’d worked with her had glommed onto this thread. Turns out, she wasn’t alone. Several of us – seeing the cusp of retirement in the not too distant future – had taken a sudden interest in managing our money more wisely.

At some point several comments in, someone in the thread suggested that if my colleague was able to obtain the answer to this question, she could share it with the rest of us over drinks. (We’d pick up the tab.)

And then someone else had this brilliant idea: Why don’t we make a deal where one of us is put in charge of making these sorts of vital, grown-up decisions for the entire group on a six-month, rotating basis?

And just like that, the “Designated Adult” (DA) Club was born. (I gave it this name, in honor of the “designated driver” who volunteers to drive when everyone else wants to get sloshed.) Before long, everyone wanted to claim the IP on this thing.

All joking aside, I don’t think the DA Club is a half bad idea. Let’s be honest. Just as there are many tasks you’d love to outsource as a parent when your kids are little (swimming lessons being a particular favorite of my own), there are things you simply don’t have – or want to have – the bandwidth to figure out when you grow up.

In addition to stock-picking, I’d like to add to our list of queries things like: figuring out which “color” you are without paying someone $1,000 to tell you…how to keep outdoor plants alive indoors during the winter months…what to do when your Siemens dryer tells you that the water is “full” and you have no idea how to fix it…what to bring to someone’s house in the UK when they invite you for “tea” at 5 pm….(Answer to that last one: Not Vodka. Trust me. I learned the hard way.)

Plus, I like the idea of having a rotating DA Club President, sort of like the Presidency of the EU. I have a friend who used to meet up on Friday afternoons with some of her friends to do what they called “Admin Club,” where everybody sits around plowing through the pile of gross items on their individual to do lists – e.g., filing their taxes, writing thank you cards for their cousin’s bridal shower, knitting a shawl for their Great Aunt Betty Sue, organizing their photos, etc.

I thought that was a brilliant idea. But I like this one even better. You wear the grown up hat for a six month period that works for your work/life/family needs, and then you turn it over to someone else. (“Sorry, friend. My term expired yesterday. I’m afraid you’ll have to figure out for the rest of us how how to obtain European citizenship if you don’t have a European grandparent…”)

One of my former colleagues, who liked the idea of this DA club very much, nonetheless stipulated that if we did ever incorporate as a proper LLC, I would not be able to blog about the different requests. She feared that it might reveal our collective dysfunction.

Sorry, hon. I don’t think I saw that clause in my contract…

Please join in the fun. What sorts of things would you like the DA Club to sort out for you?