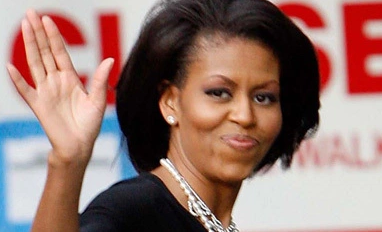 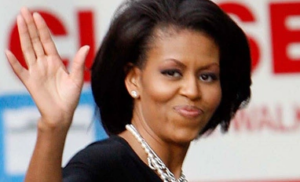 It’s election season. The finals days of the Obamas as a first family are drawing near. In a few months, we will bid farewell to President Barack Obama and our beloved first lady Michelle Obama. Can we take a moment to talk about how tough this goodbye will be? Michelle is not only the wife of the president of the United States…she is a mother, lawyer, writer, advocate and role model. She is the ultimate Modern Trophy Wife (MTW). What makes her MTW material? Let’s break it down:

She’s Got The Balance Thing Down

Motherhood, marriage and career…check! She is holding it down in all these arenas like a boss. She maintains her cool despite the critical eye of the media constant search for cracks in her family’s foundation. If you ask me, she deserves a medal alone for being able to preserve a marriage and raise two teenage girls in the White House. With all that she has on her plate, she walks into the room with a confidence that is immediately noticeable. Michelle has become the symbol of a woman who can have it all…a profession, a family and personal goals.

She Is Not Afraid to Be Vulnerable

Michelle Obama never hesitates to share her journey and talk about her humble beginnings. She speaks candidly about being a child of parents who weren’t college-educated and feeling out of place as a student on Princeton University’s campus.  She is open about the challenges she faces as a minority and the first African-American first lady.  The awesome thing is that Michelle does not share this for sympathy but rather talks about it to inspire others. She reflects on how her journey has strengthened her and built her faith. This vulnerability is one of the many reasons that we love her. It makes her real.

Exercise Is a Priority

You just need to take one look at Michelle Obama in a sleeveless dress and you know fitness is on her priority list. Those sculpted arms alone have women all over the world adding biceps curls to their workout routines. She talks about the benefits of exercise and started the “Let’s move” campaign to fight childhood obesity. This is in true Modern Trophy Wife fashion where her healthy habits shine as an example to others. She uses this to pay it forward for our next generation to live healthier lives.

Wait, First Ladies can have fun?

I’ll be the first to admit that Michelle Obama has been “my friend in my head” for almost eight years now. She seems so fun. You can catch her doing push-ups on the Ellen Show, singing Missy Elliot verses in carpool karaoke with James Corden and showing the latest dance moves on the Disney Channel. She shows the world that she’s not just a politician’s wife but a woman who likes to kick off her shoes and have a good time. She has completely shattered the stereotype of the First Lady being rigid and standing in her husband’s shadows.

While maintaining an aura of class, she has single handedly challenged America’s views of beauty, elegance and strength. She is the epitome of a Modern Trophy Wife who is a role model yet humble, strong yet vulnerable, a leader and a friend. We will miss you Michelle. In January, we won’t say “goodbye” but instead “see ya later” because we all know that your impact on this world isn’t over.

Dr. Dion Metzger is the co-author of The Modern Trophy Wife: How to Achieve Your Life Goals While Thriving at Home. More information about Dr. Metzger and Dr. Gathing can be found at themoderntrophywife.com.

The Modern Trophy Wife (September 2016) is available at Amazon and booksellers nationwide.