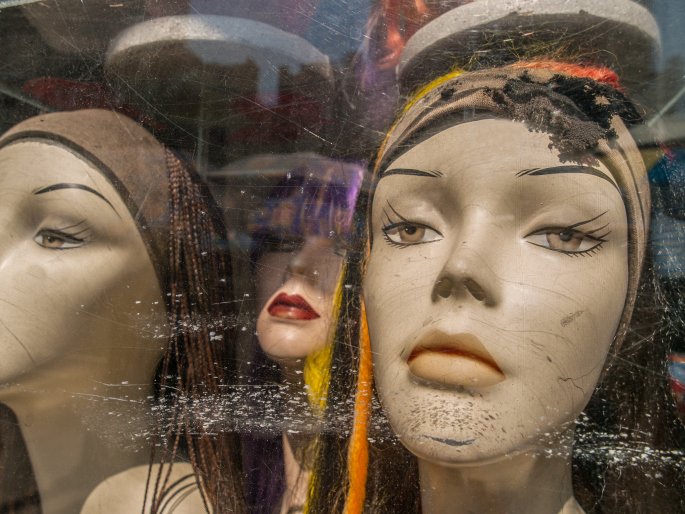 Why Those East Coasters Gotta Be So Rude?

I grew up in the Midwest, which means that I was raised to be friendly to strangers, a trait that seems to puzzle folks in the suburban Philadelphia neighborhood where I now live.

When I smile and say “hello” to somebody I don’t know as I pass them on the sidewalk, it’s clear that they are taken aback.

They look started. Even alarmed.

Very few people do what they’d do if we were in Michigan, which is smile and say “hello” in return.

What is ordinary pleasantness where I come from is apparently seen as an overly-familiar intrusion around here.

When I first moved to this area, I just assumed that I’d had the bad luck to move to a neighborhood full of grumpy people. But I soon came to realize I was wrong. Once I knew somebody, they’d never fail to smile and greet me when I passed. But until I did? They ignored me. And they expected me to ignore them.

(Unless, of course,  either of us is walking a cute dog. Then all bets are off.)

There are countless small differences between where I grew up (Michigan) and where I now live (Philadelphia) that I had to learn in order to fit in. I no longer say “Downtown.” Instead, it’s “Center City.”  I don’t go “to the beach.“ I go “down the shore.” And, of course, moving here meant that I had to stop rooting for my beloved Tigers. (Go Phillies!)

All of this was relatively easy. Becoming deadpan instead of friendly was tougher. But I vowed to adjust. At first it felt rude,  but I learned to wipe that  cheerful smile off my face and avoid making eye contact when I passed a person I didn’t know on my frequent neighborhood walks.

Then, I returned to Michigan to visit family for the first time, and on a walk through a nearby park, I failed to smile and greet a passing couple as they approached. Instead, I avoided eye contact and marched on by.

They looked taken aback. “Who is this rude bitch?” I imagined them thinking. “Maybe she thinks she’s a little too special to say hello to us?“

I felt terrible. I wanted to run after them and explain. “I didn’t mean to be rude! It’s just that — I’m a Philadelphian now.”

I didn’t of course. That would be too weird. But the encounter made me realize that I was back in the world I’d grown up in. It wasn’t just okay to be friendly — it was expected.  I spent the rest of the week having a lovely time saying hello to a bunch of total strangers.

Then, of course, I returned home, where I had to learn to ignore people all over again.

Here’s the problem. As you go through life, if you want to get along, you’ve got to find the right balance between who you are and what the people around you are comfortable with.  I am, by nature, and by upbringing, a friendly person. Not only would shutting this part of myself down take a lot of effort, I finally realized that I really didn’t want to.

What does this mean? If you approach me on the sidewalk, even if we’ve never met, I’m going to smile and greet you with a big happy “Hello!”

(Roz Warren is the author of OUR BODIES OUR SHELVES: A COLLECTION OF LIBRARY HUMOR. http://ow.ly/LpFgE This piece first appeared on Newsworks.org.)

Why Those East Coasters Gotta Be So Rude? was last modified: February 22nd, 2016 by Roz Warren