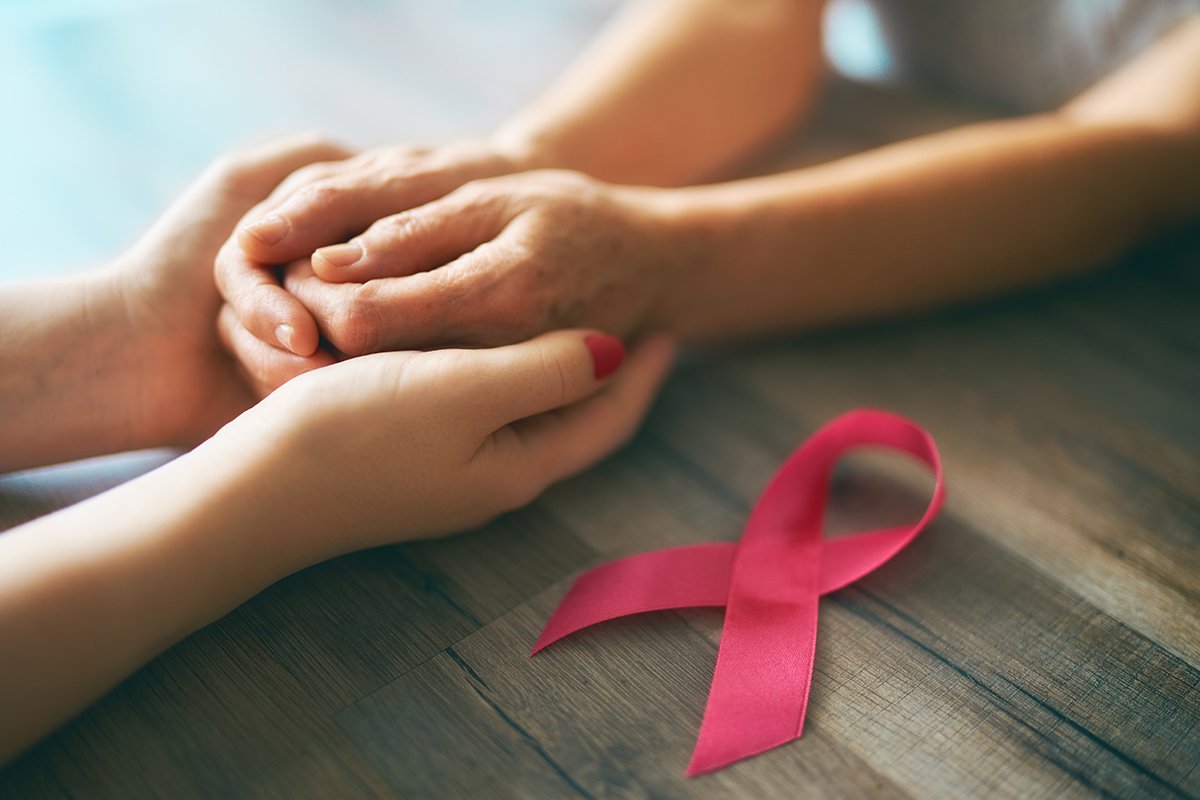 Jamilyn, a 26-year-old woman in California, noticed a hard lump on her right breast in June. She didn’t notice any color change to her breasts and did not have any other symptoms, but was concerned and booked an appointment with her physician. Eventually, the lump was biopsied and revealed to be metastatic breast cancer, or stage 4 breast cancer.

“No one really knew if it was breast cancer or not. Next thing I know my breast was getting bigger and starting to hurt, and then I found out I had breast cancer,” Jamilyn said. The week after the biopsy, the lump “tripled in size,” with the cancer growing from five centimeters to almost a foot in a matter of three weeks.

MORE: Shannen Doherty speaks out on her battle with stage 4 breast cancer: ‘I’ve got a lot of life in me’

More tests performed on Jamilyn showed the cancer had spread to both of her lungs, requiring chemotherapy. Since starting chemotherapy, Jamilyn had to do the indescribable task of shaving her head. She also lost at least 25 pounds in one month, lost her sense of taste and appetite to her favorite foods, and had to take medications to help her cope with the pain in order to sleep through the night. Her unbearable pain even limited her ability to speak during this interview. Jamilyn could not have imagined how drastically her life would change, especially at such a young age.

Reducing risk amid a pandemic

MORE: Breast cancer disparities: Black women more likely than white women to die from breast cancer in the US

“This actually concerns us greatly,” he added.

These concerns are in addition to the disparities present in breast cancer, seen especially among different races. According to the Centers for Disease Control and Prevention, between 1999 to 2013, Black women and white women get breast cancer at about the same rate, however the death rate in Black women is higher than white women. When compared to white women, there are higher rates of breast cancer in Black women younger than 60 years old. Although there are multiple facts involved in this, the CDC also reported breast cancer was found at an earlier stage among white women than Black women. These statistics are evidence of multiple health disparity factors at play, such as differences in health care access, poverty and social injustice.

Thankfully, multiple things can be done to help reduce the risks of breast cancer.

Monitor diet and exercise: Another key risk factor includes having a body mass index (BMI) greater than 25, making the case for exercise and eating a balanced diet. BMI is a measure of body fat based on a person’s height and weight, more than 25 is considered overweight, and more than 30 is obese. “It’s much better to eat a good diet, lots of fruits and vegetables, and limit your amount of animal proteins,” according to Norton. Even just getting out and walking can get your heart rate up and help your overall health.

Discuss your use of hormones: Estrogen and progesterone hormone therapy used together have also been shown to influence the risk of breast cancer, especially in women older than 50, so those using them may want to discuss reducing their use with their health care provider.

Get tested regardless of your sex: “Yes, men do get breast cancer,” said Norton. “Most men present with a lump and a lot of men don’t realize they get breast cancer and ignore the lump. Therefore, most men come with advanced cancers because they’ve ignored it for a long period of time.” Experts in breast cancer recommend men and women should use the important screening tool of being aware of any changes in appearance or feeling of their breasts.

Look for changes during self-exams: “Not all lumps are cancer, but every lump needs to be evaluated with imaging,” said Norton. Other changes to be aware of and should be evaluated by a health care expert include any abnormal nipple discharge, a change in the configuration of the breast, nipple dimpling (when your nipple is drawn in) or any kind of breast dimpling.

However, modern advances in screening tests and images have almost become a gold standard for evaluating breast cancer. These include mammograms, which are recommended for all women 40 years and older every year. People younger than the established age of 40 and who carry genetic susceptibility could be screened earlier, although mammograms aren’t commonly done in people younger than 25. It is important to realize that although there are many advances in screening, it doesn’t guarantee the prevention or cure of breast cancer.

Through the pause the pandemic placed on hospital visits, telemedicine has provided a bridge for communicating and can help with being evaluated for breast cancers. A tele-visit with a health professional can serve as a first step at getting evaluated if needed. However, having a lump means you will need to be evaluated in person. For those of you in a rural setting, “You might want to start with a tele-visit with a health professional, but if they tell you really need to go to get a test done, by all means you should do it,” said Norton.

Through this sudden roller coaster of being diagnosed and treated for metastatic breast cancer, Jamilyn hopes others will get tested to hopefully prevent the experience of breast cancer. “Even though it’s serious it’s going to be easier,” she said. “The pokes get easier, the vomiting gets easier. Hope is not all lost.”

Why Recognizing the Signs of Breast Cancer Should Still be a Priority Amid COVID-19 was last modified: October 4th, 2020 by BA50 Talkers