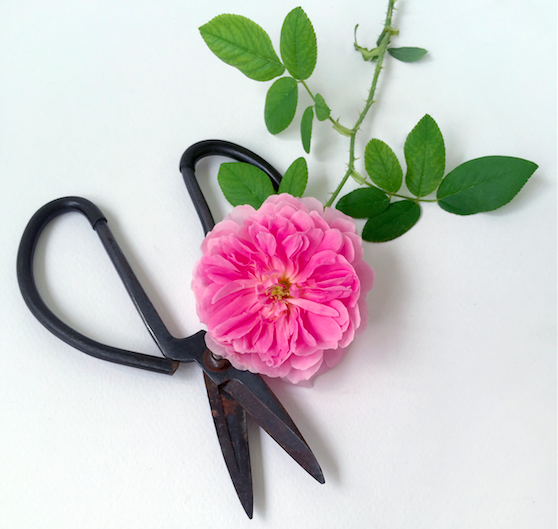 Why I Decided To Remove My Ovaries

My first thought was: “‘I can’t go through this again.”

Less than three years earlier, in the spring of 2013, I was diagnosed with Stage 1 breast cancer. I weathered a mastectomy, emergency removal of the reconstructive surgery “hardware” due to a terrible infection, and three months of chemotherapy.

I thought cancer was behind me. Until I had a weird pain near my left ovary which lasted for several days.

It felt a lot like ovulation… Only, at 56, that train had left the station a long time ago. I know breast cancer survivors have an increased risk of ovarian cancer, so I went to my OB-GYN, who gave me a referral for a pelvic sonogram. I hoped it would be nothing — just gas or a pulled muscle from an intense downward-facing dog in yoga.

“Your left ovary is fine,” the nurse practitioner told me over the phone. “But you have a cyst the size of an orange on your right ovary.”

In post-menopausal women like me, ovaries serve little purpose. Basically, they just cause problems. At this stage of the game, there’s no sense in “saving” an ovary. For what? Ovarian cancer? I had just lost my friend Candice to a five-year battle with ovarian cancer. There was no question in my mind about having “the Girls” removed. Both of them.

My OB-GYN was cautiously optimistic that the cyst wasn’t malignant. Just to be sure, she ordered a CA 125, a blood test that detects ovarian cancer. But it wasn’t tres reliable, since many conditions also give a false positive.

I breathed a sigh of relief when my CA 125 came back negative — as far as I could tell, there was no such thing as a false negative. Anything under a score of 30 is considered normal; mine was six.

With any luck, my oophorectomy and salpingectomy — absurd names for ovary and fallopian tube removal — could be done laparoscopically with a few small incisions on either side of my pelvis. A thin, lighted tube would be inserted, and there’d be an even tinier cut in my belly button for the camera. The Girls would be taken out; a tissue sample would be biopsied and sent down to pathology for testing.

Because of my “history of cancer,” a gynecologic oncologist would be on call, in case anything looked abnormal. If it did, they would have to go in through my C-section scar, remove lymph nodes and my uterus. This would be the worst-case scenario — cancer.

I tried to stay positive, but there were some very stark possibilities staring me in the face.

For some reason, I kept my ovary odyssey much quieter than my breast cancer ordeal. Maybe it was because I felt embarrassed, as though my body had failed me… again. That I had failed me.

The few friends I told had been through it themselves. They’d said farewell to their Girls,and their wombs too in full hysterectomies.

From Sarah, I got: “That is quite the Christmas present because we know all will be well!” That’s just like Sarah, who’s been my buddy since high school, forcing me to look on the bright side. Thanks, Buckaroo!

From Julie, across the sea in the Netherlands, there were also words of hope. “Just think,” she Facebook PMed me the morning of my surgery, “Our ovaries gave us our gorgeous boys. Can’t top that so I said good-bye and thanks to mine.” This past March, Julie was diagnosed with a uterine tumor which was thankfully benign. “It was 5 kg (11 pounds), more like a bloody ostrich egg than an orange!” she quipped.

Extra bonus: Julie’s sister Elaine is perhaps the coolest priest (Church of England) ever, and I’m on Reverend Lainie’s prayer list. So, at least I’ve got that going for me.

When I came home after the surgery, groggy and achy, but thrilled it was over and that the cyst was benign, there was a letter waiting for me. The hand-made card was from Sarah, a photograph she’d taken of a pair of pretty pink star lilies from her garden. And on the card, she wrote, “In memory of the beautiful ovaries that gave you David.”

So, today, I said goodbye to my Girls. They served me well, made the perfect egg which gave me an amazing son (now 16), produced some excellent hormones, helped protect me from osteoporosis and did their job.

But now it was time to go, and go gracefully.

Farewell, Girls. Thanks for being so awesome.

Why I Decided To Remove My Ovaries was last modified: May 23rd, 2016 by Catherine Gigante-Brown