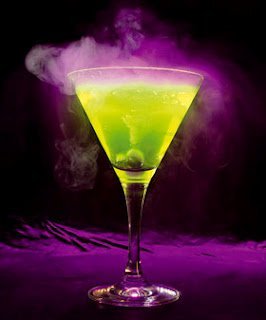 I would like to think that my fight against the materialism of Christmas comes from a noble place in my soul, but then I would be lying. The fact is that I love to look at the decorations on other people’s homes, I love the big trees and music at the mall and I love watching my kids open their gifts.

The reason I resist the material wrappings of Christmas is because I’m not particularly good at it. I have Adult ADD (self-diagnosed, as I could never focus long enough to take all of the tests required for a real diagnosis) and at no other time of the year do I feel this lack of focus more than the holidays.

I was raised in a home with a mother who never forgot anything and offered unchanging traditions that built fond memories. Stockings were probably the favorite part of my Christmas as a child. I loved the whole grab-bag feel to it… reaching in and pulling out candy after candy, eventually getting a couple of small gifts. Suddenly, in addition to all of the things I normally forget due to my presumed ADD and absolutely real menopause, I have a list of other things that I will now forget.

An orange in the toe of our stocking signified the end of the surprises. It was over. I never even took the orange out of my stocking. For all I know, mom and dad reused it year after year. I found the orange to be like an aerobics instructor at a holiday dinner — healthy and annoying.

I still have my original stocking. Mom had one made for each of us with our names spelled across the top in glitter. I wanted to provide the same gift to my children, but every year I lose someone’s stocking. It seems that my Christmas storage box is a lot like the dryer… socks go in, but at least one is missing when they come back out.

Therefore, rather than having one traditional stocking, my kids have had at least five different stockings throughout their lives. The only constant has been the anonymous sticky thing that apparently comes in the toe of every stocking.

Stockings aren’t my only issue. One year, I lost baby Jesus. As I unwrapped my hand-carved manger scene, he slipped out of the packing paper. Granted, the baby Jesus in my manger scene is flat and about the size of a mini-paper clip, which is why it took me three hours to find him. He had dropped down into one of the stockings and was stuck to the sticky thing in the toe.

Again, I’ve had at least three manger scenes since my kids were born. The first one was an inexpensive scene bought at Ben Franklin, where all parties involved were clumped together for convenience.

The second came in my country phase and involved large manger scene members. The problem is that they were faceless, which freaked me out after seeing a horror movie with the same premise.

Finally, my mother found a manger scene carved out of olive wood by an artist in the Middle East. I love that my manger scene is wrapped in paper written in Hebrew, and I have not changed my crèche since.

Gift-wrapping is yet another challenge for me. One year, I wrapped all of the Christmas gifts only to realize I’d forgotten to put the tags on them. My daughter now wraps all of our gifts.

Or there was the year that I decided to really work on making our house look more festive, so I spent money we didn’t have to buy the “real flame” candle bulbs. They ended up being a bright orange. It looked like we had a bug light in every window.

My kids are never sure what to expect at Christmas, which is perhaps their most consistent memory. But they know that I will knock myself out to get what they most desire. I remember standing in line at a mall with my friend at 4:00 a.m., waiting to buy the Power Ranger dolls. There was a long line of tired mothers in pajamas and slippers, sipping on coffee in dead silence. But when the metal gate of the toy store finally lifted, we cheered as if the employee lifting it were a rock star. The gate was opened halfway so we’d have to duck under it, and they limited entry to 12 shoppers at a time. I’m surprised they weren’t in riot gear.

At 5:00 a.m., my friend and I ducked down as we slipped under the metal gate. I felt like I was escaping from prison and felt the victory as I looked at grouchy mothers through the bars that separated us. We grabbed the pink, blue, yellow, and black Power Rangers and held them over our heads in premature victory.

As we got to the cash register, we were told that there was a maximum purchase limit of three Power Ranger dolls. This rule had to have been put into effect by a male who didn’t realize there were FOUR Power Rangers. We were forced to tell our kids that Santa gave the fourth Power Ranger to a needy child, and that with their mighty morphin’ skills they would all find each other someday.

Since my kids are grown and I’ve yet to be faced with grandkids, I’m relaxing a little. And I’m realizing that although my kids’ holidays might involved inconsistent stockings and manger scenes, one thing is consistent — my ability to keep it interesting.