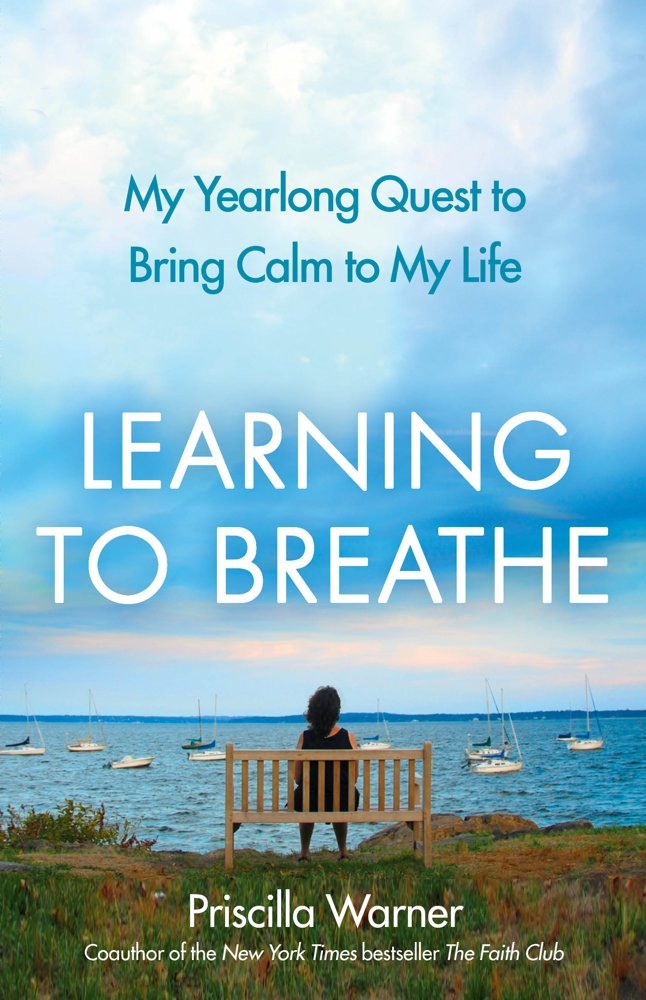 When I was thirteen I wanted to be sixteen. I’d discovered how to iron my hair, but now I wanted to drive all my friends to the beach.

When I was sixteen I wanted to be fourteen. My hair was straight, my driving okay, but I’d suffered my first panic attack. My friends all seemed normal, but I hated the terrifying sensations that were racing through my body at the oddest, inexplicable times.

When I was eighteen I wanted to be five. I went off to college, where my panic attacks worsened, and although I fell in love and made friends, I cowered in the back of classrooms hoping not to be noticed by my teachers. Hoping not to panic. I wanted to curl up in someone’s lap and be safe.

When I was twenty-one, I wanted to be eighteen. College didn’t seem so bad after all. I was typesetting telephone books for a living (at least my eyesight was great) and my boss screamed at odd hours for no reason.

When I was twenty-four, I wanted to be twenty. I’d landed a great new job, but my boyfriend of four years had just broken up with me, and I had no comeback to his breakup line (I’m not treating you the way you deserve to be treated…)

When I was thirty, I wanted to be twenty-six, back when I’d met the love of my life in a Boston bar. I’d quit my job, to move with him to New York, and then couldn’t get hired at an advertising agency where the work was good and the people were decent. I wanted my old job in my new life.

When I was thirty-five, I wanted to be thirty-three. My father had just died after a painful battle with cancer, and while I’d gotten married and given birth to a beautiful, healthy son, I couldn’t imagine life without my father.

When I was forty, I wanted to be thirty-six. Our second son, a three year old toddler with thick bangs and a precious pout, gave delightful “sticky kisses” without much prompting. But I hadn’t lost the weight I’d gained during my pregnancy, and I’d moved from New York City to the suburbs, where every woman in my town seemed to be a thin, happy mother with answers to questions I didn’t even know to ask.

When I was fifty, I wanted to be forty. My metabolism had slowed down, and the graying of my hair had sped up. Why had I thought forty was so old?

When I was fifty-three I wanted to be forty one. I was thrilled to have my first book published, but my co-authors were twelve years younger than me, and the grueling travel and speaking engagements on our book tour seemed to energize them and enervate me. I felt old.

When I was fifty-five, I wanted to be back in my forties, when my children’s lives burst with possibility, filling mine with color. My mother was fading into what would become her 12-year struggle with Alzheimer’s, and since my boys had left home, my nest felt empty, my heart felt heavy, my body was sagging, and so were my spirits.

When I was fifty-six, things started to change.

I learned how to meditate. I wrote a book about my attempt to heal from the panic disorder than had started when I was fifteen. I found powerful healers and Buddhist teachers who moved me to tears with their compassion and insights. I looked back on all the years when I longed to be someone other than who I was, and smiled.

Not at every moment, of course.

But I learned that moments come and go. Along with insecurities, doubts, fears and heartache. Alas, happy moments come and go as well. Along with thick brown hair down to my waist, weight gained and lost, friends who’ve moved on, parents who’ve died, illusions I’d constructed to stave off fear, and my ability to drink wine without staying up all night with a racing heart.

Still, life is good as I approach my 60th birthday. Even on rainy days. (I’ve embraced humidity because it gives thinning hair more body.) My heart is full more often than it is empty. These days, my tears come more from being moved than being scared.

And I finally understand the title of my mother’s worn copy of Ram Dass’ book from the 60s.