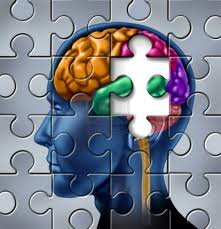 When You Think You May Have A Real Memory Problem 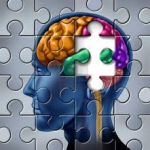 It has been quite a while since my last post, and now I’m going to tell you what’s been holding me back. First, let me start with something that came up over a year ago that has kind of haunted me ever since.

We had our son and his family here for a weekend, and toward the end of the night, after dinner and plenty of wine, I said something, I don’t know what it was but, my son said, “Mom, you’ve said that three times tonight.”

It really shocked me. I looked at Dave, and he shrugged and nodded yes. I immediately blamed the wine, and we kind of shook it off. But, I never really shook it off. It kind of haunted me from that night forward.

I like to think I have full control of what comes out of my mouth. I expect to be reminded if I’m being too harsh or, stepping over a line, so to speak, but what I said that night was neither harsh or crossing a line. It was just something rather benign that I had repeated several times in one evening.

Immediately I was evaluating my own mind. WTF was wrong? Why would I do that?

I did a bit of research, and Alzheimer’s was mentioned in more than one resource. I refused to believe that could even be a possibility but, I became keenly aware of everything I said. Dave and I talked about it more than once, and he wasn’t ‘overly’ concerned about it. But, I was obsessed with it.

Several months later I was reading an article in a magazine about the early stages of Alzheimer’s disease, and it stated that one of the early signs is walking into the next room and not being able to remember why. That’s something I’d been doing for a long time. Taken on its own that wouldn’t really freak me out but, added to the repeating statements issue it became very scary.

I will admit, I didn’t want to believe this was a possibility and, I tried to shrug it off until I couldn’t anymore. So, Dave and I discussed it quite a bit, and he suggested I go see our dear friend and therapist, Harry, for his always smart and sane advice.

I gave Harry all the ‘symptoms’ and explained my paranoia and, without a second thought he said, “Contact University of Pennsylvania Hospital and make an appointment for an evaluation.” So, I did. I had to wait three months for that appointment, which was torture, but we went yesterday.

They sent me a package ahead of time to fill out and answer questions. I did that with Dave, and we took it to the hospital with us. Of all the symptoms on the list they sent mine seemed fairly benign but, early symptoms none the less.

I took a few tests before talking to the doctor. She talked to Dave first, then me and, then both of us together. She didn’t seem alarmed but, I guess she’s trained not to jump to conclusions, unlike me.

She explained how the entire staff, including researchers, meet on Monday mornings to discuss the patients they’ll be seeing that week and compare notes, etc. It’s a full team process.

After discussing some of the head injuries I’ve had over the years, she ordered an MRI. I made the appointment today for early June. Then we go back to see her again and get the results.

Between an abusive step-father, several car accidents over the years, and being hit in the head by a flying chair in a windstorm, God only knows what they may find in there!

I’m sharing all of this with you because I know some people have had similar experiences and perhaps were afraid to take that big step and see a specialist. I will tell you, I was terrified and, still am, kind of. But, there are new drugs on the market now, and it’s research that will find a cure. I believe that. So I’m willing to try whatever they want to give me because even if it’s too early for me to be ‘cured,’ I will be a guinea pig for others.

One last note: I am NOT looking for sympathy. It is what it is and, I will manage whatever is needed. I have full support from my family, and all I want now is some answers, some possibilities, and meds to wait it out till there’s a cure.

Please share your thoughts in the comments but, no pity party! 😉

When You Think You May Have A Real Memory Problem was last modified: May 30th, 2018 by Barbara Hammond