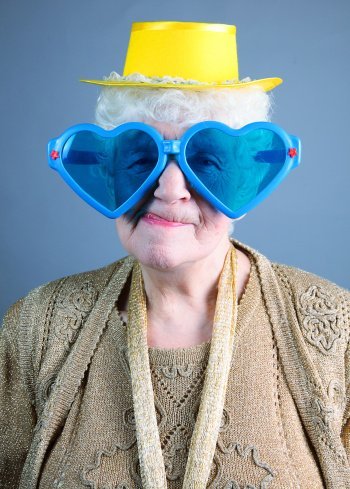 When You Finally Admit You Need Glasses

It started with a recipe. I misread the amount of flour that was to go into a cake I was preparing and added too much of it to the batter. That night, I served a frosted hockey puck to my dinner guests.

There were other slip-ups that soon followed once I hit my fifties….little things I stubbornly ignored: squinting while reading a book; using a magnifier to look at photos; leaning over the car steering wheel like the Hunchback of Notre Dame so that I could see the road beyond my dashboard. It wasn’t until I backed my car into a telephone pole one rainy afternoon that I knew it was time to face the painful truth: MY MOTHER LIED ABOUT THE CARROTS.

I really couldn’t blame Mom for feeding me an abundance of carrots when I was young. The myth that they help our vision dates back to WWII with the British Royal Air Force. They attributed the success of their pilot’s night vision during German reconnaissance missions to the vast consumption of carrots by their airmen. Perhaps if they had consumed mass quantities of cauliflower instead of carrots, they may have needed less fuel to get their planes off the ground.

It was my love for books—and the fact that I was struggling to read the small print—that prompted me to purchase a pair of glasses from the drugstore (it was either that or buy all my novels in Braille). This tactic worked for a little while until everything around me became slightly fuzzy. I had trouble reading the numbers on my cell phone, and instead of dialing my gynecologist, I called the pest control guy to complain about my irregular periods at the start of menopause. My typing skills had also diminished considerably, and the emails I sent out were often questioned by the recipients who wondered from all of the typos if I had been drinking while trying to compose a letter. My husband, tired of eating hockey pucks, begged me to see a doctor about my poor eyesight. I finally admitted that he had a point when I could no longer tell if I was petting the family cat or my uncle’s toupee. It was definitely time to find an optometrist.

After having my eyes dilated by the doctor, I strained to read a chart that was a mile away and filled with ridiculously small letters. By the end of my appointment, I had two sets of glasses; one for reading, and one for driving.

It wasn’t long before I was stockpiling glasses of various strengths-—some for working on the computer, others to watch TV, and another pair for walking the dogs at night. But no matter how many pairs of glasses I accumulated, I lost them as quickly as I lost my socks in the laundry.

Fed up with wearing (and losing) my glasses, I returned to the optometrist’s office to be fitted for contacts. I learned how to insert the flimsy lenses into my eyes and returned home, optimistic that I’d solved the problem of my glasses disappearing into the same black hole that my missing socks were orbiting.

It was all fun and games until it came time to remove the lenses. The harder I tried to slide them out, the farther they slipped under the folds of my eyelids. Panic set in when both contacts disappeared into the caverns of my eye sockets. You know what true love is? A man who uses a magnifying glass and a mini flashlight to probe his wife’s eyeballs for missing lenses.

Ten minutes and two scratched corneas later, I swore off contacts and decided to live my life as a blind mole. My only comfort was in knowing that at least my eyesight was a step up from the rhinos, who are notorious for attacking trees and large rocks due to their poor vision.

Living life in a blur became too difficult ( I was tired of walking around with bruised knees from walking into furniture) and eventually I caved, buying more glasses along, with several pairs of brightly colored contacts. I needed to be prepared in case I was forced to go on another eye expedition in search of my elusive lenses.

The way I see it, putting up with lost glasses and slippery contacts is worth it to be able to see the world clearly again. And I may add a few more carrots to my diet, just to be on the safe side.

When You Finally Admit You Need Glasses was last modified: April 16th, 2018 by Marcia Kester Doyle