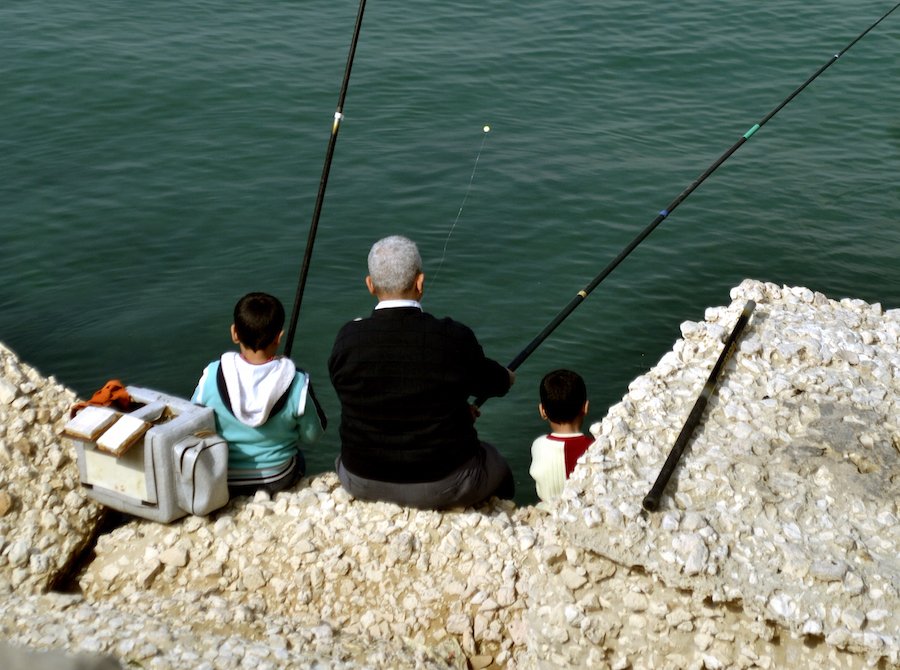 When Grandparents Should Not Give Advice

One of the hardest parts of parenting grown children is keeping our advice to ourselves, unless asked.  It’s hard because we’ve stored up a lot of real-life wisdom. We know a thing or two. Why shouldn’t our children have the benefit of our experience-informed opinion?

That was a question raised by a dad whose 25-year-old daughter had a master’s degree, was living abroad (self-supporting via small jobs) and had a history of churning through one romantic relationship after another. Now she was involved with a Frenchman and the dad felt her life was “centered on guy-security.” He was worried, he wrote to advice-columnist Carolyn Hax, “that she isn’t seeing the long view and that each new guys is an emotional crutch, helping her defer a future.” His question to Hax: “Should I bug out? Should I ask her to defend her choices?”

Hax’s answer was one we usually don’t want to hear: “Bug out. She’s 25, self-supporting and hasn’t asked your opinion.” Readers also chimed in with a bug-off message: “As long as she’s taking care of herself and safe about it, let her live her life.”

I’m in total agreement. And then I went out to dinner with a friend who was still reeling from his son’s negative reaction to the dad’s attempt at advice–advice on the verboten subject of grandchildren.

Here’s the back story, according to my friend, the grandfather: The son, who was adopted at birth, developed attention deficit problems–ADD–when he was in the 4th grade. The parents had him tested, made efforts not to have their son labeled as ADD and worked with the schools and special teachers to help him make his way through school successfully. Which he did. Now the son’s son–my friend’s grandson–is in 4th grade and showing the same signs of ADD that his father had shown. His report card at the end of the year told the story devastatingly–at least it did to the grandfather. So he pulled together all the reports and tests that they–the grandparents–had on their son that their son had never seen and suggested the son read through them and have his son –their grandchild–tested.

That’s when he was told to butt out, that it was none of his business.

So, like the Hax-writing dad, here’s a dad whose son and family are self-supporting and haven’t asked their dad for advice. And yet, the grandfather sees his grandchild in pain and has information the son and the son’s wife don’t have–a whole file of data about a problem that is likely inherited.

Is there a difference of degree here between the Hax dad and my friend? If there is, does it matter in terms of bugging out or butting in?

Maybe there’s a middle ground. It’s one thing to withhold advice (“bug out”); it’s another to withhold information that might be helpful. Maybe the answer is to share an observation and hand over the file so that the son and his wife can digest it and either use it to make an informed decision or toss it aside as irrelevant to their son.

Bottom line: it’s not easy to sit by and believe something can be done to ease a grandchild’s pain–and not have the parents act accordingly. But the child is, after all, his grandson, not his son. The parents  may have a very different perspective on their son’s behavior.

When Grandparents Should Not Give Advice was last modified: August 24th, 2016 by Penelope Lemov