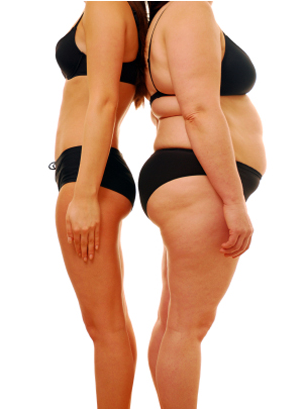 The Next Great Diet 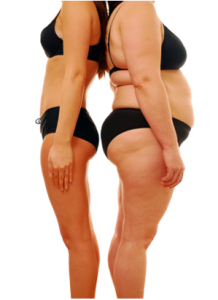 Desserts do not get thrown out in my house.  They get inhaled. I had a little love fest with the Barefoot Contessa’s chocolate brownie pie this year, and damn, Ina, that is some good stuff.    I was actually happy when the rest of the Thanksgiving food started to go bad.  A turkey leg, no longer crispy from the deep fryer, was finally scraped into the trash.  Most of the Jello mold–all twelve colorful layers of it this year–slipped easily down the disposal. The remaining cornbread stuffing was sent packing next, followed by the congealed gravy, some wilted salad, and a few maple-syrupy Brussels sprouts.

Now, the refrigerator is empty again, save for a few yogurts, a plastic container of homemade cranberry sauce (it lasts forever), a package of arugula, a few lemons and limes and a half-dozen cans of Diet Coke.  The kids are gone, and I am feeling the full weight of the holiday.

I am ready for my post-Thanksgiving diet.

But what’s a girl to do? From Atkins to the Zone, with a dose of Weight Watchers in between, it seems like I have tried every diet at least once. I can tell you one thing, though:  I won’t be doing the Wheat Belly Diet to get rid of the post turkey flab. Been there, failed that.

Some might say my failure was a result of my not reading “Wheat Belly” by Dr. William Davis–but I can’t help that–I have a policy:  I do not read self-help books any more.  I found that most of them could be boiled down to seven or eight sentences, and the repetition made me nuts. In any case, I jumped on the Wheat Belly bandwagon without the benefit of “the bible,” and I fell right off.

My friend gave me a virtual dope slap over the phone. “Not the Wheat Berry Diet, you idiot, the Wheat Belly Diet. It’s the gluten-free thing that everyone is doing.”   I silently digressed and wondered whether there was any wheat in a Wheat Berry–after all, there’s no straw in strawberry, is there?  But I had already made up my mind–I was going to do the Wheat Belly Diet with her.  I am so up for trying anything when it comes to losing a few pounds. “I’m with you.  I’ve already started,” I told her as I swallowed the last bite of my whole wheat toast.

Then, having successfully avoided gluten for a little more than 48 hours, after only one dirty martini at a Girl’s Night Out (I have since learned that even the vodka was a no-no), I simply forgot that I was on Wheat Belly, and as a result, I attacked the bread basket.  To add insult to injury, while I was finishing the last crumbs of my focaccia, one of the girls whipped out her little baggie of gluten-free crackers from her purse.  That really hurt.

But I got back with the program, and I tried to be good.  Really, I did.  The next evening, my dinner consisted of red wine, spicy salami with mustard, a hunk of Gruyere, and a big bowl of frozen yogurt topped with a generous portion of naturally gluten-free hot fudge.   I gained two pounds and quit the diet “cold turkey.”

But wait!  I don’t need to research the next great diet… I think I may have invented the next great diet!    Let me be the first to introduce you to the “Wheat Berry” Diet.  Wheat Berries are loaded with fiber, protein and iron.  The sprouts are loaded with vitamin E and magnesium.  They are easy to prepare.  Wheat Berries have a great, chewy consistency and a nutty, earthy flavor.  They are only  300 calories a cup when cooked, and a very satisfying grain.  One might have them for dinner with vegetables.  One might put them in soup for lunch.  One might serve them for breakfast with almond milk, sprinkled with a bit of Stevia and cinnamon.

I may not read self-help books, but I can certainly write one.  All I need is to figure out how to make those eight Wheat Berry sentences into an eleven-chapter diet book. Stay tuned.  The new “Wheat Berry Diet” might soon be in a bookstore near you. But please pronounce it carefully when you tell your friends.  I don’t want any mix-ups.

The Next Great Diet was last modified: December 3rd, 2012 by Ronna Benjamin