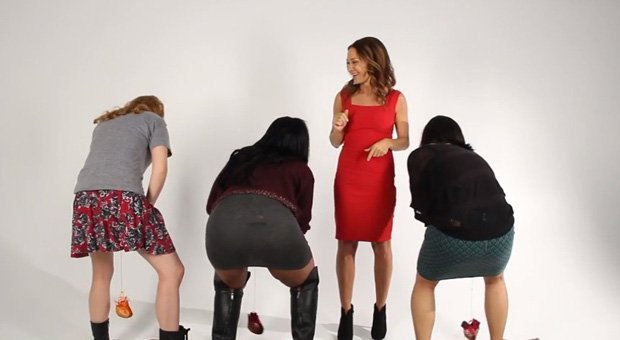 Want to Amp Up Your Sex Life? Take Your Vagina to the Gym

At a housewarming party for a close friend last weekend, and while I was getting a glass of red at the wine bar, I met a woman in her 60s who introduced herself as a sex therapist. My writer brain instantly obliterated eighteen years of upbringing on the do’s and don’ts of social pleasantries (“Nice to meet you,” “How do you know the hostess?”), and I blurted out, “Cool! Can I interview you?” She graciously overlooked my enthusiastic gaffe in social etiquette and agreed to chat. We grabbed our wine and found a quiet corner.

When I asked her what issues were most prevalent with today’s couples, she immediately replied, “Diminished sex drive.” She stated that one of the most common complaints she gets from women over 50 is that their libidos have left the building, and apparently, have taken their luggage. Many Boomer women are frustrated with post-menopausal sex drives that have slipped into neutral. Quite frankly, we miss it and we want it back.

We’re aware that we could simply go to Walgreen’s and pick up something from the vast assortment of pills that promise to make us want to nail our husbands and every marginally attractive guy on the street, but even the non-prescription ones report the possibility of hair loss, weight gain, severe depression, facial tics, and strokes. Awesome. Now we’re ready, but hubby has moved to the couch. At his parents’. (And they live in Wyoming.)

She offered a few easy suggestions. Plan a sex night in advance. (For those of you who don’t find that particularly “romantic,” what do you think you were doing when you were dating? You scheduled the date and planned an intimate dinner, then spent the entire week thinking about what to wear and when best to shave your legs. It doesn’t get more planned than that.) Anticipation can be a powerful aphrodisiac. If you’re a wine drinker, drink red wine. Studies show that women who drink 1-2 glasses of red wine per day have increased sex drives (I love this woman). Have more sex. Just do it. Maybe you’re not totally feeling it at that moment, but sometimes mood follows foreplay. Women often report that once they get going, they find themselves thinking “I remember this. I like this. I like this a lot.” Simply put, good sex makes you want more of it. Oh, this was fun. We definitely needed more wine.

Settling back in after our refills, I learned the Big Secret.

There’s something specific that we can do to jack up our lackluster libidos and get them flying their freak flags again. We can strengthen our pelvic floors. Our vaginas have muscles that contract and relax. And like any muscle, they can get out of shape, especially after childbirth (imagine driving a school bus out of a garage built for a Mini Cooper) or menopause (it always comes back to menopause).

A fit vagina does several things:

The concept is similar to traditional Kegel exercises. Contract, hold, release. Contract, hold, release. Keep repeating until your vajayjay gets tired or your mother-in-law walks into the room. But for this version of Kegels, you insert a small glass egg or a light weight up your chute, and Kegel that. Twenty reps a day. Clenching your vaginal muscles strongly enough to internally lift a weighted object works like bicep curls or tricep presses. It makes those muscles work harder and become stronger. My brain was saying, “Oh. My. God. I don’t think so.” But my libido was thinking “Actually, this could work.”

Since I don’t know any personal trainers in town who teach weightlifting for the vagina, I went back to my office and Googled it. Where have I been?? Maybe I’m the last person on the planet to know this, but I found a woman named Kim Anami who teaches “Vagina Kung Fu.” (You can’t make this stuff up.) For a mere $500, you’ll get an in-home, eight-week course where you’ll learn how to “open beer bottles and shoot ping pong balls through the air.” Hubby will never again need a bottle opener and will have bragging rights with all of his fishing buddies. And if your company hosts annual ping pong tournaments, head hunters will be fighting over you for three states in any direction. Upon graduation, you’ll not only be healthier and more amenable to sex, you’ll have the indisputably baddest-ass woo-hoo on the block.

But wait. It gets even better.

For the truly committed or the overachievers with a competitive streak, check out Tatyana Kozhevnikova, the Guinness world record holder in vaginal weight lifting. This woman can lift a 31 lb. weight. With. Her. Vajayjay. I’m dying to meet her husband. He must be extremely confident, because Ms. Kozhevnikova’s vagina is a formidable thing and would intimidate the hell out of any man with even the slightest insecurities.

So there you have it. An increased libido, better and more frequent sex, no more UPS guys delivering your monthly Depends auto-shipment, and the possibility of becoming a highly sought-after local party attraction. All of this can be yours in just two short months. I’m not sure how this will play out for the over-60 group (which includes me). I’m not even comfortable with low-rise jeans that show butt cracks. A 65-year-old woman projectile launching sports paraphernalia out of her lady bush might not be as hot as it sounds.

Want to Amp Up Your Sex Life? Take Your Vagina to the Gym was last modified: November 9th, 2016 by Vikki Claflin