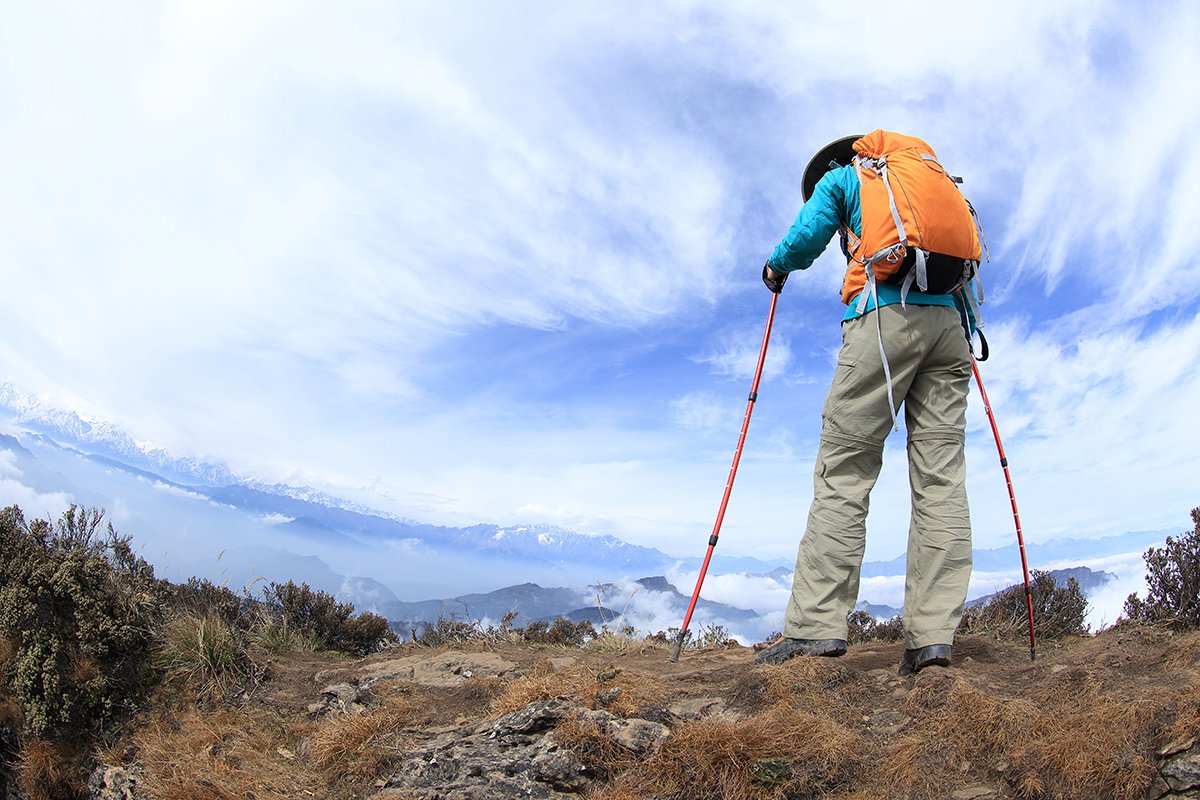 Making Peace With Myself For My 50th Birthday: Walking 500 Miles On The Camino

With a cascade of blonde curls, saucer-sized green eyes, and two rosy cheeks, my baby pictures scream apple pie. Think Gerber baby. Think Jodie Foster in those Coppertone advertisements. I had “the look” back in the day, the one that stopped every other woman in the grocery store aisle to spin and comment gratuitously to my mother.

Much to her dismay.

As a young girl, I began to stray from the girly path so carefully crafted for me by toy companies and television commercials. I was a tomboy by then, more comfortable immersed in the pages of the latest Nancy Drew mystery than with the well-coiffed Barbie dolls and Disney princesses beckoning for my attention. I swam in ponds. I learned to throw a baseball. I was taken in by the pack of boys who roamed my neighborhood without objection. I was allowed to be my own kind of girl.

But adolescence put an end to all that. As it does for many girls. The only ranking system that seemed important in high school had to do with boys. How many liked you. Which ones liked you. And what you could do to increase that number. This trinity is timeless it appears, as much in play with the teenage girls I now work with as it was back when I was in their shoes; trying to fit in, trying to be popular, trying to please everyone else but me.

The battlefield on which this war was waged was, not surprisingly, my body, the landscape on which every woman is taught to commodify her value.

But for all that was right with my body there was always one thing that was wrong. My weight. Despite a beautiful mane of thick auburn hair, a smile only years of orthodontia could produce, and those same ocean-colored eyes of my childhood, there were always a few too many pounds on that frame of mine. Pounds that somehow managed to negate everything else.

I always believed as I grew older this nagging interior narrative would disappear. But it didn’t. At least not for me. In fact, quite the opposite happened. As my twenties, thirties, and then forties evaporated, I started to feel my body fray. I felt stiff getting out of bed. Wrinkles began to form at the corner of my eyes. Gravity tugged at everything that once held so firm. The complicated relationship I had with my body was becoming more burdensome with every passing year.

On the eve of my 50th birthday I decided something had to change. I needed to, once and for all, share an experience with my body that would turn the tables on this tiresome narrative. But what?

Stretched across the width of northern Spain is a well-trod path called the Camino de Santiago. Extending from the foothills of France’s Pyrenees mountains to the western edge of Spain, the Camino is roughly 500 miles in length. It is a pilgrimage that has been in existence for over a thousand years now. This would do the trick, I surmised.

I would walk 500 miles to prove my body worthy.

Some walk the Camino to test their mettle. Some walk in hopes of healing a broken heart. But for me it was more than that. I headed to Spain in hopes the experience would finally rid me of the harshest of demons, that voice of shame I had carried for my whole life long.

It took me 37 days to walk the Camino. 37 days with only a small backpack of supplies to keep me warm and dry and hydrated. By the end of my journey, I looked pretty rough. My feet were battered. My knees were cranky. As I washed the grit of the path out of my hair for the final time, I saw my body had acquired a few strange tan lines and lost a handful of pounds. But only a handful. The transformation provided by the Camino was on the inside not the outside. And for once, I was ok with that.

I learned to love my body when I finally allowed it to be what it was – strong and willful and unwavering – rather than a showpiece for someone else.

Making Peace With Myself For My 50th Birthday: Walking 500 Miles On The Camino was last modified: March 1st, 2020 by Anne Gardner