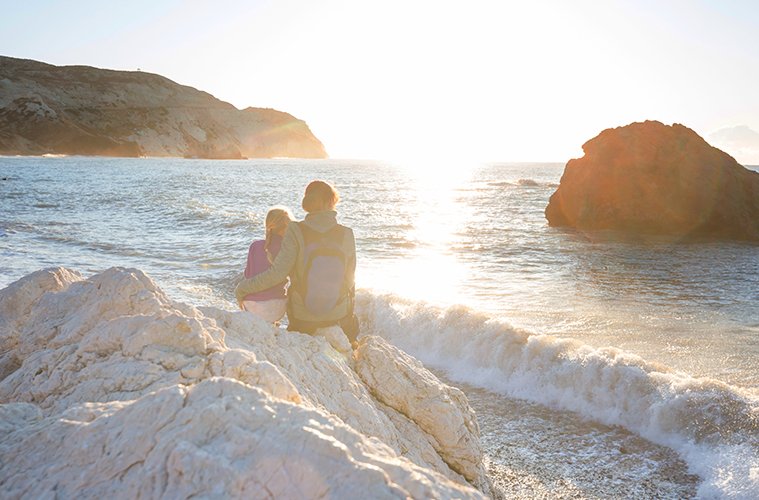 It took me a while to get around to reading Brené Brown’s best-seller, Daring Greatly. It wasn’t because I doubted the book’s key claim (captured in its subtitle): “How the courage to be vulnerable can transform the way we live, love, parent, and lead.” I’ve drawn on Brown’s work in storytelling workshops I run with Executive MBAs. Vulnerability is vital to engaging and inspiring others.

I just didn’t think I had all that much more to learn on this score.

So when a friend gave me Daring Greatly as a Christmas present, I thought why not? Everyone else seems to have devoured this woman’s oeuvre. Why not me?

I’m so glad that I did. Here are five new ideas I picked up from this book:

a. Shame. One of Brown’s core concepts is shame:  we all carry it around, we avoid it like hell, and the only way to address shame in our lives is to speak about it. True dat’. I carry a lot of shame around, and often for things I have no control over. I’ve done enough therapy over the years to be able to identify that shame and know where it comes from. But I don’t talk about it all that much. Reading Brown’s book inspired me to anchor my next writing project around the place of shame in my own life, and to explore how it has shaped who I am.

b. Feedback. For Brown, vulnerability lies at the heart of how you give feedback, whether as a boss, teacher, mentor or friend. In my previous job, I quickly discovered that when offering constructive criticism to someone you manage, it really helps if you can identify with their professional challenges. It’s far more effective to say “I understand how frustrating it is when other people don’t share your deadlines” than to say, “You need to stop pressuring people to complete projects before the deadline.” Brown also advises that you sit on the same side of the table when delivering that feedback. Literally. The implicit message when you sit next to someone is that you’re not there to critique them, so much as to jointly improve the situation. In my line of work, I think of this is the difference between editing someone’s work and coaching them. Even in the current age of social distancing, it’s a useful metaphor to bear in mind.

c. Teaching.Brown –  a Professor of Social Work – writes “I realised that if education is going to be transformative, it’s going to be uncomfortable and unpredictable.” I loved this. I think one of my greatest anxieties during my early career as an academic was the erroneous belief that I needed to know all the answers. But Brown’s approach to teaching is liberating. In my work as a communications consultant, I’ve learned that it’s so much more fun for me – and worthwhile for the participants – when I approach my workshops as a process of knowledge transformation, rather than knowledge transmission. Crucial to that shift is embracing the idea that the best part of life are the suprises. You learn so much more from them, than from all your careful planning.

d. Parenting.  Brown poses the simple – but potentially lethal – question: “Are you the adult you want your child to grow up  to be?” Ouch. In my own case, the answer to that question is a mixed bag. In a lot of ways, I think I’ve modelled a strong set of values and behaviours in the way I’ve raised my kids. In other ways, I’m a terrible role model. My son, who’s just completed his freshman year of college under lockdown at home, barely came out of his room for six weeks because he was studying so hard. We were proud of him, but also a bit concerned.  I kept telling him to take a break and relax. But I often said this to him after working straight through a three-day weekend or having risen at 5 am to cram in an extra hour of work myself. Who was I kidding? As Brown says, what you do as a parent is much more important than what you say. So if you want your kids to change their behaviour, you first have to own up to your own weaknesses.

e. Family Culture.  Brown also introduces the concept of “family culture.” It’s the idea that every family, just like every organization, has a recognizable corporate culture. A divorced friend of mine has been dating a man for the past several years. They both have kids and they bring their respective families together for meals a couple of times a week. But she’s struggling with the relationship. At the end of the day, she’s concerned that she and her boyfriend don’t share the same “culture”:  the same values, traditions, and mores. And she wonders if, deep down, this means they aren’t meant to be together. Brown’s notion of “family culture” instantly resonated. It helped me to understand the myriad times I’ve felt like the odd (wo)man out when spending time with someone else’s family. I now see that I simply didn’t “get” their culture.

All of these concepts are intuitive, but I found it really helpful to name them. What place does vulnerability play in your life?