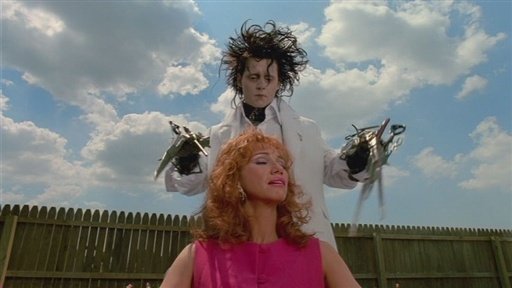 Tweaking My Life After 50

For years now I’ve been doing the math:  At 50, I’ll celebrate our son’s Bar Mitzvah while sending my oldest off to college.  At 52, I’ll do another sendoff but still have “the baby” at home.  At 55, I’ll be an empty nester.  How will I feel, I wondered?  Relieved?  Lonely? Scared?  Off to new ventures?  How will my husband and I embrace this new chapter?

One week before drop-off, I asked my husband Steve that very question.  With his usual quickness Steve replied, “We’ve had the empty nest for some time now, without the privacy.”  I chuckled and read behind Steve’s lines.  Maybe the change wouldn’t be so dramatic, and the benefits would compensate nicely.

At dinner, the night before departure, there were some feelings of “lasts.”  We are a family who frequently engages in political discourse, and we span the ideological spectrum, sometimes with a healthy respect.   At dinner, I was tired and focused on the logistics of the next 24 hours.  Ari was in a different place and started immediately with, “This will be my last opportunity for awhile to share my views about Paul Ryan so we need to focus.”  By the time Steve arrived home to join in, the conversation expanded to needing to discuss three topics:  a revisit of Paul Ryan, Medicare savings double counting, and capitalism.  These conversations are not only tiring, but can easily last the whole night.  We had packing to do, so I gave my boys 30 minutes as I watched, saw them go for the iPad a few times, and then broke up the party.  This, I thought, is what I will miss.

As the evening progressed, Ari’s friends kept on streaming through for another round of last good byes.  Apparently, there is no such thing as a last good bye.   Ari’s room reminded me of that Volkswagen commercial about how many people can you fit into a small confined space.  It made me realize that though we might discount the Facebook generation’s true quality of connection, the tears and sadness told a different story of authenticity and depth to their relationships.

The actual drop-off was efficient and uneventful.  Roommate and his family were quite nice.  My Mom couldn’t believe that roommate Mike from Queens, was Catholic and not Jewish.  “Isn’t most of Queens Jewish?” she asked with a hint of disappointment which made me laugh about her provincial world and its many assumptions.

Coming home was another matter.  I walked into the house and did what our dog Nemo does when he enters what feels like a new environment.  He walks in circles and sniffs the ground.  Fortunately, I only walked in circles. I noticed the collateral damage of a fast departure — packaging strewn about, miscellaneous items that were vetoed at the last minute, the forgotten water bottle, unattended dishes.  I breathed deep, went on a dog walk and began to sort through the new world while Steve sought solace in a good basketball game.

Since that moment in late August, a few things have become clear.  It really was time to trade in my van because a new era had begun.  And so I did.  The first time ever that I executed a car trade all by myself with only one call to Steve before signing.  Maybe I was growing up too.

I also realized that when I shop for groceries, “downsizing” doesn’t begin to describe the change in habit required.  To aid in this transformation, I have since purchased a small reusable bag because how much room does one quart of milk and a few bananas take?  I had gone 54 years with only large bags, and in 10 days I had purchased two small ones, which I deemed significant.

I made a few other decisions too.  I don’t need wholesale change in my life – just a few tweaks.  I will spend more of my lucid awake time with Steve.  I will write more.  I will visit family more frequently.  And as I wrote in a Parenting article awhile back, I will take my inspiration from my spiritual leader and role model – my Mom.

My mother was whole enough to let six children fly her coop, always with a smile and words of encouragement.  The effect was, of course, that we all wanted to return to her nest even if life’s stubborn realities made it difficult.  So instead we bombard her with phone calls, and find new reasons that she must visit.  More than anything we salute the way she embarked on life’s next phase.  Widowed at 57, she sold the family run grocery store and started a new life. She took classes and entered the work force, and to this day she works in my brother’s accounting practice.  When my Mom reached 80, she decided it was time to ramp up her Jewish studies and enrolled in Denver’s equivalent of Me’ah.  Her much younger classmates must have appreciated her almost as much as her children because one day they presented her with a rolling back pack to lug her heavy books.

So with my nest empty, the image I will take with me is that of my Mother and her rolling backpack.  We are all unfinished people with places to go, and if we embrace the journey – of our kids and of our own – we may be surprised at the rebirth that awaits.

Jill Ebstein founded SizedRight Marketing, a strategic planning practice.  Her writings can be found at www.sizedrightmktg.com

Tweaking My Life After 50 was last modified: November 6th, 2012 by Jill Ebstein