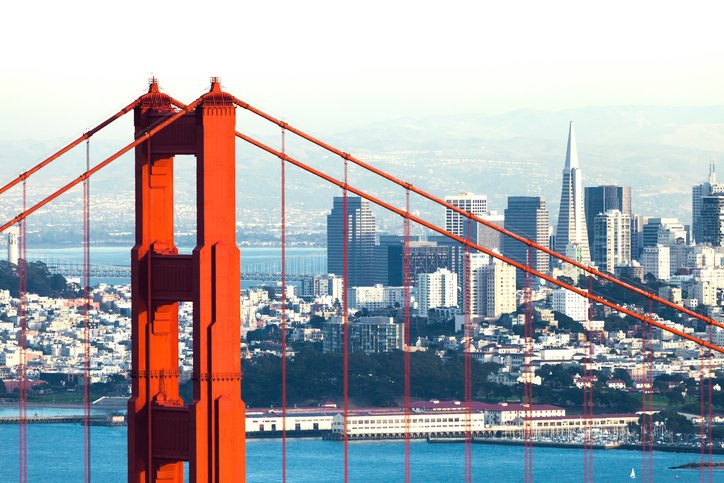 Traveling to San Francisco Bay Area? A List of Top Things to Do

Whether for business or pleasure, a trip to San Francisco is a treat. However, with so many things not miss in San Francisco, it’s tough to know what to do first. No matter how much time you have in the City by the Bay, there are some opportunities you’ll regret missing. Here are a few must-sees that will make your trip even more memorable. There are a lot of things to do in San Francisco.

You’ve Gotta Get Around

Touring the city on one of San Francisco’s famous cable cars is obviously at the top of anyone’s to-do list. Each cable car ride offers a different view of the city’s many natural and man-made wonders, and they’re a great way to get an overview. However, there are several opportunities that are better taken by foot.

Walk Across the Golden Gate Bridge

The sight of this famous expanse is familiar from art and film, but you’ve really got to see the view from the other side. At just under two miles long, this will offer breathtaking vistas of the Bay area while giving you a decent workout. You can take the trip by foot or by bicycle on one of the protected pedestrian crossing areas.

Get Your Shopping Fix in Union Square

From off-beat shops to international brands, you’ll discover shopping for every taste in this storied square. You’ll find a mix of vintage shops and outlets for major department stores, including the largest Bloomingdales outside of NYC. Streets to check out: Stockton and Powell, Post Street and Geary.

Known for the sea lions of the Pier 39 marina, you’ll also find local markets and delectable seafood from one of the many street vendors. Once you’re done strolling the piers and shops, it’s just a short distance to some of the city’s famous museums. Make sure to check out Madame Tussaud’s Wax Museum and the infamous San Francisco Dungeon.

Soak in the Culture and History

Not all of the museums of San Francisco are housed in buildings. Some of the famous neighborhoods are living museums that capture the unique charm of the city’s history and ethnic origins. Here are some of the best districts to take a walking tour.

This is the oldest – and the original – Chinatown in the United States. Upon entering through the golden Dragon’s Gate at Grant Avenue and Bush Street, you’ll be transported to an era that remains largely unchanged in many ways. This district encompasses 24 blocks, where you’ll find merchants, street vendors, antique shops and goods of every kind. It’s like taking a trip to the Far East without leaving the country.

This celebrated, Latin-infused neighborhood is yet another district that could make a day trip in itself. Despite encroaching hipsterism, this historic area retains its ethnic charm and eclectic mix of sights, sounds and tastes. There’s so much to see here, it’s good to have a plan of action before going in.

One of the first things you’ll notice are the vibrant murals and street art. The entire facade of the Modern Times Bookstore is the most prominent example, but you’ll find it almost everywhere you look. The Mission even has two ongoing mural projects: Clarion Alley Mural Project (CAMP) and the Precita Eyes Muralists.

Other sights to see in the Mission deserve their own mini list:

Visiting the Mission District – or any other quarter – makes us think of food. In San Francisco, you’ll find that the world is your smorgasbord. From the dim sum vendors of Chinatown to the burrito sellers of the Mission, you’ll be able to eat your fill just walking around.

That doesn’t even take into account the many wonderful cafes and bistros sprinkled throughout the city. Nor does it cover the many world-class restaurants and opportunities for 5-star dining. In fact, you could arrange an entire food tour of San Francisco and never dine at the same place twice. A list of places to tempt your palate would include:

– Boiling Hot Pot (all you can eat Cantonese)

If participating in the cooking process is your favorite thing to do, take a Cozymeal cooking class. You can cook alongside others and eat the fruit of your labor.

Some of San Francisco’s most iconic images are located in this section. The scenery evokes old-world Europe with an Italian flavor, especially the Church of Saints Peter and Paul. For a visual feast, the Coit Tower on Telegraph Hill features 1930s-era murals depicting the City’s history in vivid color.

From picturesque vineyards that surround the city to world class restaurants and off-beat art exhibits, San Francisco is a feast for the senses. Don’t go into your visit unprepared. An experienced travel agent can help you tailor your trip to make sure you’re able to take in as much as possible.

Traveling to San Francisco Bay Area? A List of Top Things to Do was last modified: August 8th, 2018 by BA50 Talkers