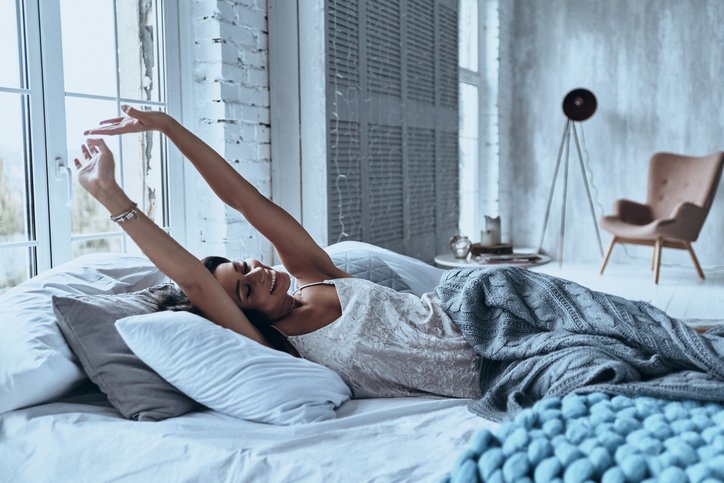 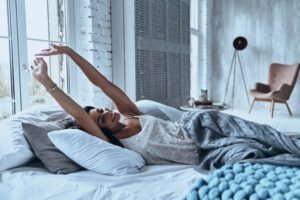 So many times, I’ve had a bewildered male client explain that his female partner seemed to want lots of sex early on in the relationship, then after a few years her desire just withered away. The question for many men is, why do women stop initiating sex?

Why is it that the Honeymoon stage of a relationship ends? In this article I’m going to bust open the three top reasons why women stop initiating sex – and what a man can do to re-engage her interest.

Here are the three main reasons why a woman may lose interest in sex:

Now there can be other reasons for a lack of desire for sex, these may include: pressures from work or family related stress, health issues, physical pain issues, her monthly period (or going through “the change”) or simply being distracted by other concerns in life.

It’s important to note that any unresolved issue can lead to emotional resistance or a sense of disconnection which can lead to a lack of interest in sex in either or both partners.

Sustaining sexual desire beyond the Honeymoon stage of a relationship requires both of you as a partner to focus more of your attention on how you want to feel and be in your relationship. Most couples become lazy with their thought processes and start putting more of their attention on what they don’t want, or don’t like in their partner. This causes emotional friction and resistance toward the partner.

We don’t react so much to what someone is saying to us, as to how a person makes us feel.

Because of the two-way mental and emotional feedback loop of what we are noticing and what we are projecting, emotional resistance eventually builds up in either or both partners. This is what leads to the Honeymoon being over.

Emotional resistance will always influence sexual desire and the quality of emotional connection between partners. When either or both partners perceive resistance in their partner, it can cause fear of rejection in initiating sex. Too much fear or resistance experienced, and there will be little or no initiating of sex.

For the majority of women, emotions and sex are irrevocably intertwined. Your woman needs to feel safe with you. If your woman is not feeling emotionally connected with you or your actions or words are constantly triggering her, her sexual switch either won’t “turn on” or won’t stay turned on as easily as when you were in the Honeymoon stage of your relationship. Emotional balance in your relationship is paramount to your mutual happiness (and keeping your woman turned on and actively engaged sexually).

Understanding Sexual Dysfunction Which Leads to a Lack of Desire

Statistically, over 30% of the adult population suffer from sexual dysfunction. For men and women, the majority of these issues are mainly caused by focusing on the wrong thing at the wrong time during sex. This confuses your brain as to which program is wanted.

Male sexual dysfunction issues make many women avoid sex, so her partner can evade the associated disappointment and embarrassment of not being able to perform. Other women feel frustrated, disappointed or annoyed when they rarely have enough time to reach orgasm. In either case, many women don’t realize that refraining from initiating sex continues to contribute to her partner’s problem by increasing his performance anxiety.

Sexual dysfunction is a leading cause of depression, mental health issues and relationship breakup and must be addressed to avoid unnecessary tension and isolation felt by either or both partners. Regardless of age, with the right knowledge and procedures in place, most male and female sexual dysfunction issues are easy to rectify.

How to Encourage a Woman to Initiate Sex More Frequently

To encourage your woman to initiate sex more frequently, it’s important to deal with any emotional resistance which will otherwise contaminate your relationship. This requires clear communication. Find out what she likes and what she doesn’t like – and I’m not just talking about sex. This is your “A” game for maintaining attraction and both partners should have one. Make sure that you look after yourself. Pay close attention to personal hygiene and self-care. Look after your own physical, mental and emotional wellbeing to maintain a healthy attitude.

Know that it’s the little things that count with most women. If she doesn’t have health issues, usually a few tweaks here and there can make a huge difference to her libido and overall desire for sex. Be self-responsible. Commit to resolving your own emotional responses whenever you feel triggered as this will prevent you from triggering her. Remember that she needs to feel safe with you. Become proactive in creating a meaningful and mutually satisfying relationship and you will both benefit.