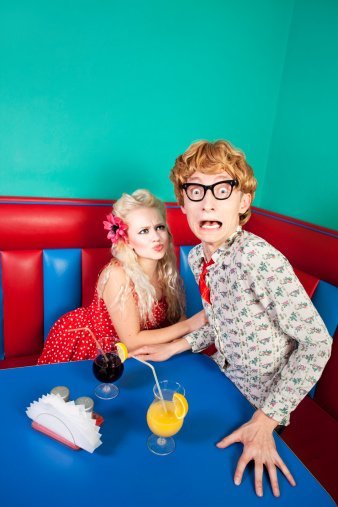 He kissed you passionately after date two. He said he had a great time, you’re beautiful, smart, sexy and amazing, and he’ll call you soon. And you wait for that phone call. A week goes by. Cue crickets… You’re left scratching your head. Is it me? Did I say or do something to turn him off? Was I a bad kisser?

It’s important that you don’t take the vanishing man personally. Let go and move on. It often has nothing to do with you. But sometimes it is about you. You may have said or done something on a date that turned off a good guy. I want you to find love. So, here are the top ten reasons why men disappear.

Want to avoid the disappearing man?

And by the way, the disappearing act is not gender specific. Many women pull the slow fade as well. If you are guilty as charged, I recommend you change your behavior. Follow the golden rule, and “do unto your dates as you would have them do unto you.”

Those are my top 10 reasons for why men disappear after a few dates. Do you have any more to add to the list?

The $1 special is back (expires 1/20)! If you want to experience private group coaching at a fraction of the cost, check out the Last First Date Inner Circle! Monthly topic-based Q & A calls about dating over 40, a private forum for women to connect and share their experiences and much more, all at a very low price. Check it out here.

Grab a copy of my free report, The Top Three Mistakes Midlife Daters Make – and how to turn them around to find love now! http://eepurl.com/w3bHv

‘Like’ my Facebook page for exciting posts on dating and relationships & links to my weekly radio show.