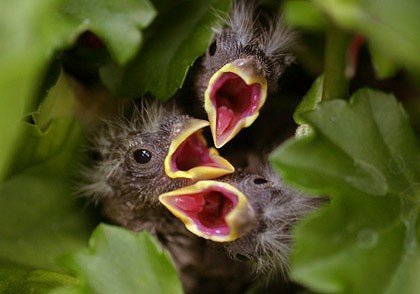 Whoever coined the phrase “the empty nest” didn’t have real children. That’s my guess. Hypothetical children probably leave the nest and soar off to destinations unknown, returning only when they’re fully grown and about to procreate — like osprey who come back to the same nest each season to breed. Real children never fully leave. While in college, they use their childhood rooms as storage lockers complete with concierge service. “I need my graphing calculator! Can you look around? It’s in my room somewhere. Oh, and by the way, can you also send my skiis?”

When our youngest left for college, we toyed with the idea of selling the house. It was too big for two people; we rattled around like marbles in a can. Plus, what did we need with three extra bedrooms? Some of our friends had downsized and moved to apartments or townhouses. Some moved into the city where they strolled, leisurely, in the evenings, reading menus and deciding where to eat. “That could be us,” I told my husband. “We could be out.”

Before we could go anywhere, we needed to ready the house. We started in the boys’ rooms, tearing down the cork that I’d hung as wallpaper years ago. We dismantled a huge Chipotle banner and the six-foot-high Fat Head photo of football superstar Ray Lewis. We moved all their personal belongings into the closets and hired a painter to do the rest. With the beds made and the walls clean, the house looked disturbingly like a motel.

And then, it happened. They returned. My older son left his job in another state and moved home. “It will be great,” he announced. “I’ll get to save money, and you’ll get my technical expertise back!” He had a point there. We had a new remote control that needed programming.

My younger son arrived four days after his college graduation with a car full of linens that hadn’t been laundered in three years. “I’ll just leave all my stuff here until I find an apartment,” he said, dropping onto the couch. “And, by the way, what did you do to my room?”

So, instead of an empty nest we find we are living with vampires. They are awake when we are asleep. Evidence of their nocturnal feedings are on display in the mornings; washed pans and utensils lay drying on dishtowels near the sink. At least I trained them well.

One night I woke to discover my husband stumbling into his clothes in the dark.

“What are you doing?”

“I’m getting breakfast,” he said.

I looked at the clock. “It’s three fifteen,” I said. “Breakfast isn’t for another four hours.”

We rolled ourselves into the middle of the bed, exhausted and confused. “I smell grilled cheese,” he said before falling back to sleep.

In the morning, we found a note: “Brian, Justin and Alex crashed here. And, by the way, we’re out of cheese.”

Serves us right, I suppose, for fixing up the nest in the first place.