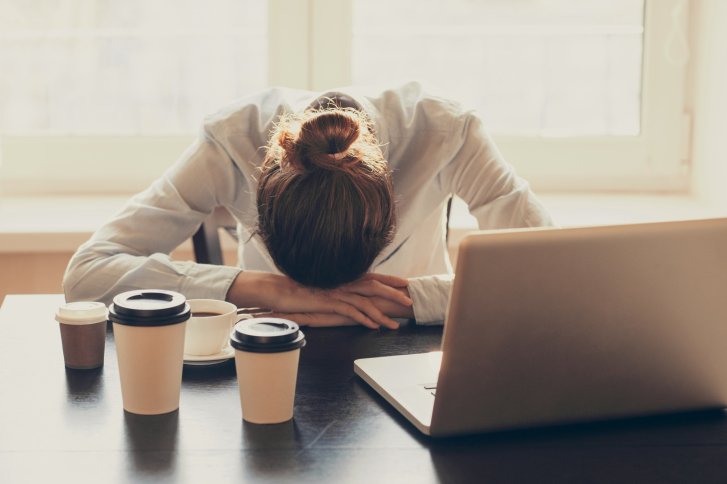 The Truth Is — My Mom Is A Burden

“I don’t want to be a burden”.  Using this phrase, my mother erroneously represents herself, offering a faux apology for the tasks I do on her behalf.

I make phone calls for her, e-mail requests to schedule caregivers, take care of paperwork, put away her groceries…all chores I do willingly.  When she categorizes them as a burden for which she must apologize, I say, “No problem, Mom.  I’m happy to do this”.  What I want to say is, “Mom, I wish you would apologize for the real burden you are placing on me, having to spend time with you when root canal seems like a desirable alternative, and knowing that the time spent will never be enough unless I crawl back into your womb.  Oh, and while you’re at it, please  say you’re sorry that I require copious amounts of pinot noir to banish your voice from my head.”

My mom thinks that, “I don’t want to be a burden” is a magical phrase that neutralizes the burden to follow.  It’s like putting Sweet ‘n Low in your coffee when you are eating a glazed doughnut, the fake sweetener erasing the calories to follow.  It is a phrase similar to “with all due respect”, which generally means there is none, or “I hope you don’t mind”, which ensures that someone probably will.  She says she doesn’t want to be a burden, but methinks she doth protesteth too much.  She is quite comfortable with being a burden.  She tells me that, as she took care of me when I was a child, it’s only fair that I repay the favor.  Then she usually mentions sleepless nights caused by my having had colic.  Just in case, the ration of guilt she already applied, isn’t sufficient.

But I do what I do out of conscience, not guilt. These two concepts are frequently confused but there is a difference.  Guilt comes into play when you have done something wrong.  But conscience is when you want to avoid doing wrong.  My conscience dictates that I do the right thing and my mother must have known that would be the case as she is the one who installed it.  I just wish the installation had included an “off’ switch.  In its absence I constantly second-guess my actions.  But that is unnecessary because my mother is always available to perform that function.

My mother is hysterically funny.  Unintentionally.  Proclaiming she doesn’t want to be a burden is only one of her punch lines.  Another one is, “I am not in denial about myself”.  It’s difficult to keep a straight face.  Or, “I don’t know why I can’t hear better”.  Because you are deaf, Mom!  It’s not rocket science.

It goes against my mother’s belief system that she could be afflicted with ordinary maladies.  She considers herself above them.  If she doesn’t hear well, there must be a reason other than the diagnosed hearing loss.  Could it be that her jaw is misaligned?  Might she need a special insert in her shoe?  Maybe she has an exotic ailment unknown to medical science.  Garden variety illnesses are not for her.   A lifetime of good health combined with equally healthy doses of narcissism have convinced her that she is impervious to ordinary ailments.  Pain in her extremities is met with righteous indignation and necessitates a visit to the neurologist.  Healing that doesn’t occur at the expected speed, means that she must get a second opinion.  She has a frequent flyer card for the audiologist.  She tells me she dislikes going to doctors.  Another punch line.

My mother should come with a warning label: “Do not tease upon penalty of scorn”.  If I attempt to tease her, I am met with an expression that approximates the regal, “We are not amused”.  Which isn’t surprising as she considers herself to be royalty.  How do I know this?  She does not like to wait in lines with commoners.  She has a concierge doctor to be at her beck and call if it’s necessary.  (It’s not) One of her favorite expressions is, “the masses are asses”.  How she came to be one of the anointed, a Viennese girl by way of the Bronx, I do not know.    Perhaps she thinks she is related to the Habsburgs.  She is from the same neck of the Vienna woods.

It is commonly assumed that if a person has the compulsion to blow her own horn, she is covering up some deep-seated insecurity.  This is a clichéd bit of psychological analysis, but is generally true.  It is also a cliché that daughters have issues with their mothers.  I have discussed a number of them in this essay.  I have lots more that I could talk about but…I don’t want to be a burden.

The Truth Is — My Mom Is A Burden was last modified: February 25th, 2016 by Debbie Groyer