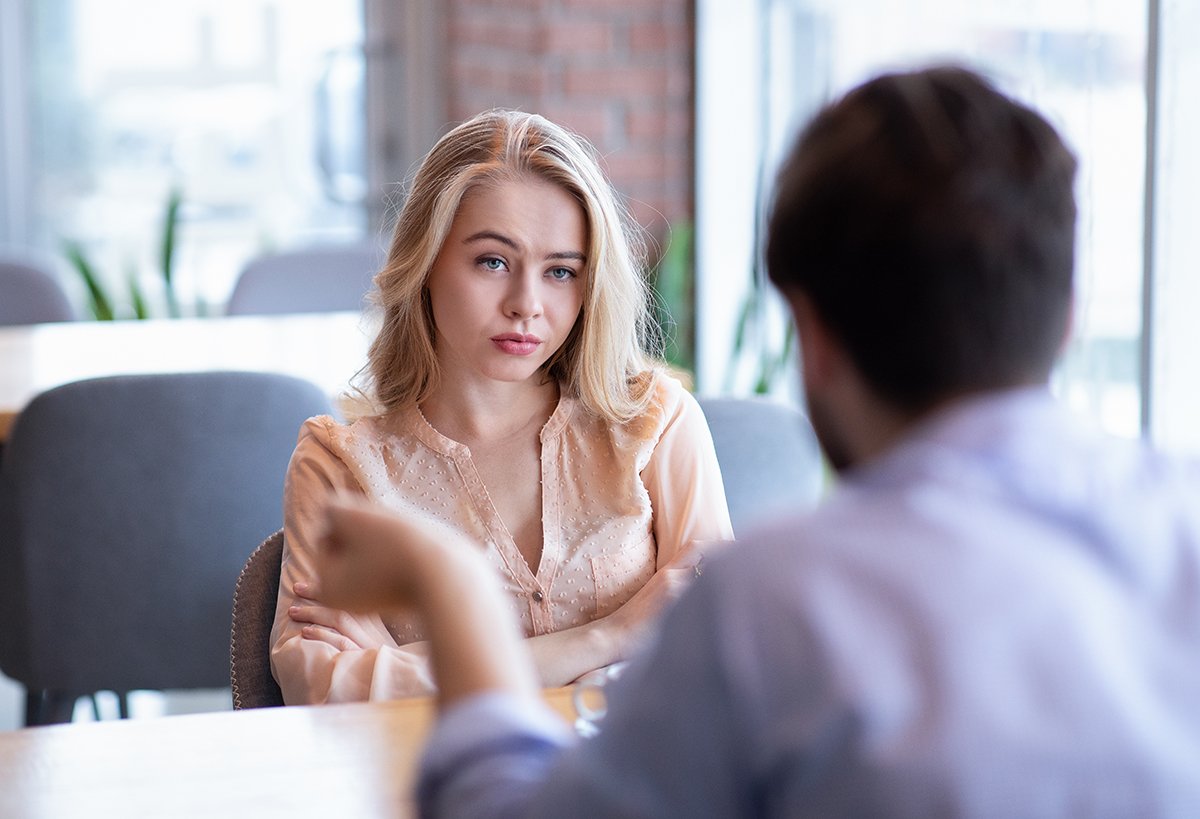 The Red Flags were Waving, But I Went on the Date Anyway

I admit. I saw the red flags.

While on the dating apps, I’ve developed a keen radar for identifying the scams, middle-aged fuckboys, lonely losers, and below-my-standards men. This guy, though, slipped through the cracks.

He was handsome, fit, age-appropriate, had a cool job, lived in Manhattan, and most importantly, seemed into me. I enjoyed our rapid-fire texting exchange. He was clever, funny, and challenging in a good way.

Then his texts quickly escalated to sexual innuendo.

I am active and have a healthy appetite. I love to eat… he texted. In several manners of speaking 😉

Hmmm… too soon, I replied.

Doesn’t imply anything salacious…, he continued. Unless you want it to…

Don’t want to get you too excited before we meet. I barbed back. You’ll be grossly disappointed if there’s no chemistry. Just looking out for you. 😉

I continued with the fun banter while toeing the sexting line. He noticed.

You throw lobs and cut it. A novel strategy, he texted.

Oh I know what I’m doing, I replied.

As I usually do before a first date, I requested his last name so my ’top-notch investigative team,’ aka my friend Sonia, could prepare a dossier. At first, he was reluctant to reveal.

So much for mystery, he wrote. I’m not going to be cocky sister, but you’re curious. If you’re asking friends for a thumbs up, it’s obvious.

Then in mid-text conversation, he switched to What’s App. I knew from experience that some men prefer What’s App so that texts can’t be tracked by work—or more likely, a wife.

Although I was a tad reticent, I still found him charming and made plans to meet him on a beautiful fall day in Bryant Park. I was surprised, after so much overt flirting via text, he was rather business-like—erect in stature, hands shoved in pockets—keeping a respectable distance, never attempting to touch me. Was he disappointed in me?

We sat in a busy area, surrounded by midday lunchers and tourists. What I thought was a typical get-to-know-you and see-if-there-is-any-chemistry first date felt more like an interview where he was applying for the job. First, he came clean that he was still married, living in the same house, but “not as husband and wife,” he said. “We’re staying together until my sons are done with high school.”

Obviously, I lost all interest in the man, but I stayed out of curiosity—and blog content.

Next, he laid out his sexual resume.

“I once set-up two women I was seeing with each other,” he explained. “They texted me pics while they were together.” He described a large underground sex network, trying to convince me I was missing out.  “I have a standing date with a Russian trophy-wife. She calls me for mind-blowing sex when her husband is out-of-town.”

I now understood his pre-game texts. He liked to titillate at a distance, raising the sexual tension so that his prey would be so frothy with desire that they would follow him into his den of iniquity without resistance. This guy was a walking, talking red flag. As a journalist, I took mental notes.

“Oh baby,” he said standing to leave. “You say that now.” He gave me the chin nod, “I’ll be hearing from you. You have my number.”

“I don’t think so,” I said smiling, amused by his efforts.

I sat in the afternoon sun and wrote notes for a future blog post.

The Red Flags were Waving, But I Went on the Date Anyway was last modified: August 30th, 2021 by Ginny Poleman