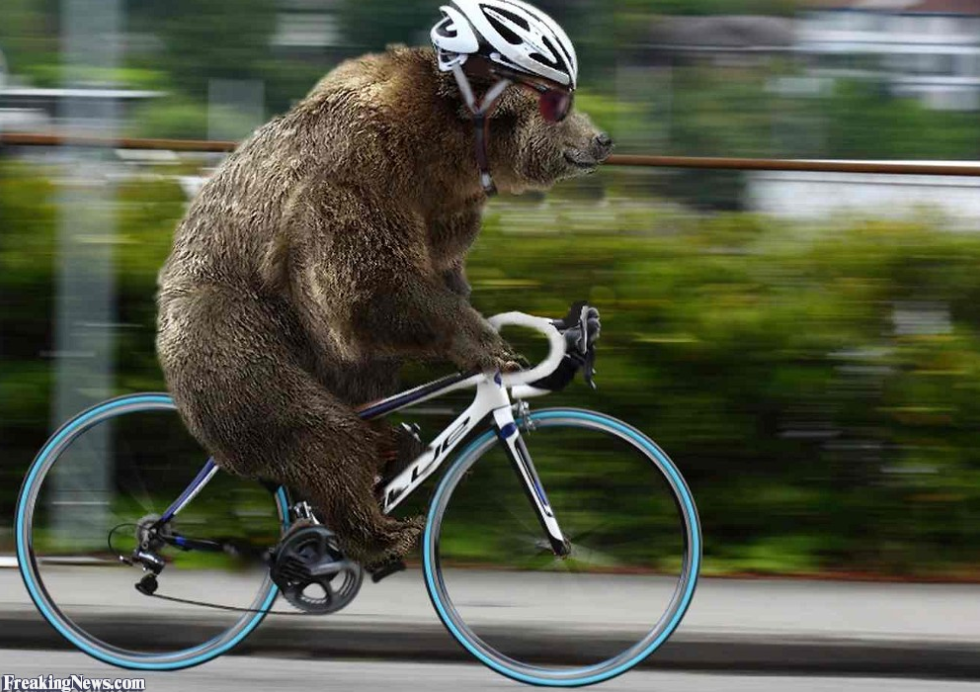 The One Thing I’ve Voluntarily Taken Off My Bucket List 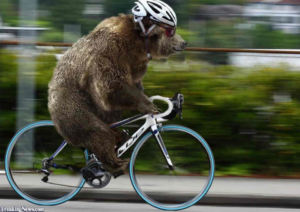 I know of no behavioral demographic in which I’m part of a select six percent. No taste or trend or opinion or skill distinguishes me from everyone else in my immediate world…except one. I don’t know how to ride a bike.

There’s no sexy trauma to explain why…no horrific accident…no bullies on bikes stealing my lunch money. It just never happened. I would say East Flatbush was a bike unfriendly neighborhood but my friend Susan who lived a few doors down from me has no such recollection. I am without memories of skinned knees and the thrill of that first real freedom. Learning to ride was on my 20 before 20 list and 30 before 30 list along with other out of my comfort zone activities like driving cross country and learning to make pasta from scratch. But the satisfaction of finally having tamed the wild-geared stallion of a two-wheeler never came to be.

Once you miss that window in childhood when every kid learns to ride in the same boring way…an adult lightly holding onto the back of the bike to help you balance…it gets complicated. Rationally I understood it’s never too late to learn. Friends tried to be helpful. “If you worry about falling off, you’ll never get on.” Duh.

They explained it’s a muscle memory thing, all motor skills and training your body to respond without you thinking about it. But the time I could vote or drive or buy a drink, nerve-racking visions of hitting the concrete face first began to surface. Not to mention learning in public with my fragile ego out in the open for all to see.

As the years passed I envied those experiencing the incredible sensation of the air whooshing in their face as the world flew by. It looked like such a joyful mind-body workout. Not shut off in a car, they had the freedom to explore and pay attention and truly appreciate where they were and where they were going. When we were on the road, I felt denied a simple pleasure guaranteed to bring me inner peace. When we travelled into the city I wondered what it felt like to glide through a metropolis on the most energy efficient vehicle ever created.

Accompanying jealousy were pangs of embarrassment and incompetence. I watched videos of adults learning to ride later in life. Once I even had my husband try to teach me. “The difference between the impossible and the possible lies in a person’s determination.” That’s what Tommy Lasorda told the Dodgers for decades. Not always true, Mr. Lasorda.  I couldn’t find my balance even though I did exactly as instructed…left foot on the ground, push down on the right pedal, and lean forward.

Before I could find the second pedal, I was already tipping over. When I miraculously got both feet up, I went just a few feet before putting them down again. I soon hopped off and gave up. The fear of falling plus the frustration of failure got to me. The wobbling reminded me how little tolerance I have for turbulence when I’m flying. I blamed my lack of success on my lack of balance. But today with the wisdom that comes with age I realize it was my self-doubt and the certainty I was part of the exception when it came to the cycling culture, that lead to my never being successful.

I’m not in favor of bucket lists…enumerating all my as-yet-unattained goals is too much pressure. But even if I felt differently, riding a bike would no longer be among the experiences I expect to achieve.  My age makes it beyond the statute of limitations.  The odds are small that skidding and wiping out and crashing will do serious damage…when you’re nine.  But now….

Albert Einstein said, “It is the same with people as it is with riding a bike. Only when moving can one comfortably maintain one’s balance.” That makes sense (it’s Einstein after all) so I do keep moving. For the past 16 years I spin. Four times a week. I close my eyes, remove myself from the darkened room and cover 15-20 miles. Being a person who writes, my imagination is ready to rock and roll. And most days it’s almost, as they say, like riding a bike.

The One Thing I’ve Voluntarily Taken Off My Bucket List was last modified: August 1st, 2017 by Marcia Byalick