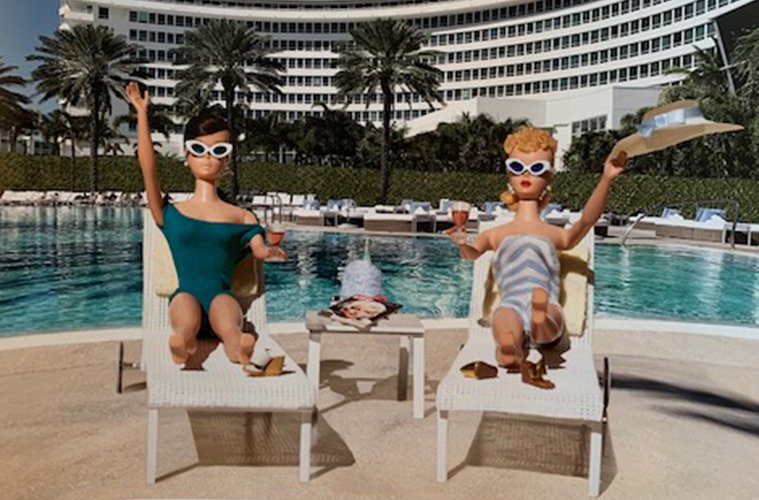 The New Retail Therapy in the Age of Corona

Do you know that feeling you get when you walk into a store because you have five minutes to spare before you have to be somewhere, and in those five minutes, you find a perfect a pair of shoes? Your heart starts to race a little bit because while you are waiting, the clock is ticking and you are a little bit anxious but also a little bit excited, and then the clerk emerges from the stock room and announces that there is only one pair of those perfect shoes, but they are your size and they are on sale? Despite being really late for wherever you were going, you float down the street, feeling sort of giddy and really, really excited about your new shoes?  I really miss that feeling.

Forced by circumstances beyond my control to give up my shopping habit, I’ve spent far too much time and energy during the last several weeks chasing the elusive high that comes with a good purchase.  Late at night, when nobody was looking, and nobody was judging, I’ve ordered all sorts of crazy things online.  I haven’t bought clothes or shoes because have no idea what season it will be or what size I’ll be when I actually get dressed again.  Instead, I’ve experimented with a wide variety of substitutes.  Here’s some of what has arrived at my apartment in the aftermath of my late night binges, as my family looked on in horror:  a  five-pound bag of Haribo raspberry/blackberry gummies (actually, I bought two of these, if you must know); a carton of 24 bags of original flavor goldfish crackers (and I don’t mean the individual, snack sized bags); a can opener; a decorative hourglass/sand timer thing; and two enormous photos of a Barbie doll lounging by a pool (but only because I decided that it would be weird to have a giant photo of Barbie and Ken in a compromising position hanging in my kitchen).  Despite the prolific use of my credit card, with each arrival, I’ve felt no joy.  In fact, I’ve felt nothing but shame.

One night, I ordered two of the same pair of sneakers from two different retailers.  Not because I thought that two pairs of Nike Winflo 5 would be equal in thrill to one pair of Manolo kitten heels, and not because I needed or wanted two of the same pairs of sneakers.  I bought two of the exact same pairs of sneakers from two different retailers on the same night because I thought it would be fun to see which one arrived first.  Several times a day, I checked the status of both orders to see where they were and when they were expected to arrive – anxiously waiting as they moved from “order received” to “order in process” to “your order has been shipped”.  I’m not going to lie: my heart raced a tiny bit when I saw that pair #2 seemed to leapfrog several steps ahead in a single day from “delivered to FedEx facility” to “your package is out for delivery.”  And then, I crashed a little bit when it seemed to be stuck on a truck somewhere.

One day last week, in my desperation, I wandered into the hardware store, like a crack addict, searching for her fix anywhere she can find it.  I toyed with the lightbulbs, sniffed the tubes of silicone gel, and rolled a variety of nuts and bolts between my fingers.  It all gave me a little tingle, but nothing like the feeling I got that last time I bought a pair of Chloe wedges.

Much has changed since mid-March, when we all went into lockdown, but some things will never change — like the power of retail therapy to lift a girl’s spirits. And if anyone is wondering what to get me for Mother’s Day, tell them that some Charmin would be a really special gift.

Yesterday, I had five minutes to spare before I needed to start making dinner.  I walked into Staples, thinking that maybe a new pack of gel pens would cheer me up.  As I entered, I saw, at the far end of the store, on an otherwise empty shelf, a gigantic package of Bounty paper towels.  There was only one.  And it was exactly my size — a 12-pack of double rolls.  I practically threw myself across the floor onto that package of paper towels, my heart racing and my palms sweating.  They weren’t on sale, but they were the most beautiful paper towels I had ever seen.  And they were all mine.  I floated home, clutching my purchase (slightly afraid I was going to get mugged because Bounty is the new Air Jordans).  I was positively giddy.  I had scored the best purchase ever.

The New Retail Therapy in the Age of Corona was last modified: May 10th, 2020 by Betsy Kramer