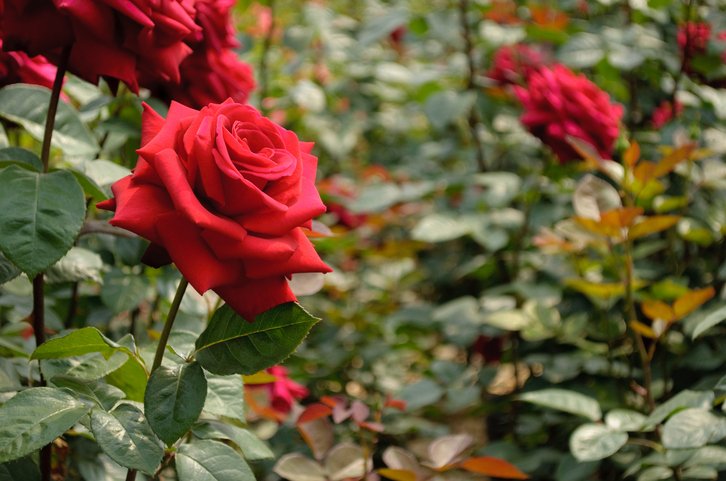 The Most Romantic Story About Valentine’s Day

BA50 TalkersFebruary 14, 201845 views
CultureFeatured Articles0 Comments45 views 0
If your a romantic you will love this story.
Even if it’s not true we love this story that was sent to us about The origin of Valentine’s Day. Read on…

Do you know how Valentine’s Day came to be?

Interesting story…  it was a sadness that created this day of love. I’ll tell you about it.

Rome, 3rd Century AD, Emperor Claudius II outlawed marriage.  It seemed it was getting more and more difficult to “conscript” men to fight the many wars the Emperor had initiated in search of gold.  He reasoned if men did not have families to leave behind, if they had no love to leave behind while in search of riches, warriors would be eager to do battle.  Emperor Claudius II, in order to emphasize this new law, made it punishable by hanging if anyone were to perform a marriage.

Outrage!  The people of Rome were outraged by this act – how dare the Emperor outlaw love!  A secret was passed amongst the people – deep in the woods a Minister, Valentine was his name, was performing secret marriages in the name of love.  There, amongst the trees and sun and stars and the moon, the Minister Valentine secretly joined lovers in marriage.

It wasn’t long before the Emperor Claudius II learned of this treason.  He sent soldiers in search of the criminal, Minister Valentine, and ordered his arrest.  The Minister was soon captured and placed in a dungeon to await his end.   During the days before his death, young lovers would sneak to the window of his cell and toss chocolates in to nourish him, roses to brighten his dismal surrounding.  Claudius’ daughter, Asterius, felt tremendous sorrow for the Minister as well as for the people of Rome. She would sneak to his cell in the dark of night and visit Minister Valentine. Asterius would bring trinkets and gifts to lighten his mood.  As the day of reckoning approached, Minister Valentine fell hopelessly in love with Claudius’s daughter. Her kindness and caring so moved him, her visits transformed each of his bleak days into ones of brightness and wonder and anticipation. She too, to see this man smile, to experience the warmth and generosity of his heart on these dismal days, what kind of man is this… “I love Valentine” Asterius  realized.  The Minister and Claudius’ daughter shared hearts and love during the days leading to his death.

They came for him, on February 14th, and the Minister was put to death for his crime encouraging love.  All that was found in his cell was a note to Claudius’s daughter, Asterius, to the love of Valentine’s life.  The note read, “I love you, Valentine”.  It was accompanied by the chocolates and roses that had been tossed in his window.

February 14th from then on became “Valentine’s Day”.  Chocolates and Roses, the symbol of love.

The Most Romantic Story About Valentine’s Day was last modified: February 14th, 2018 by BA50 Talkers