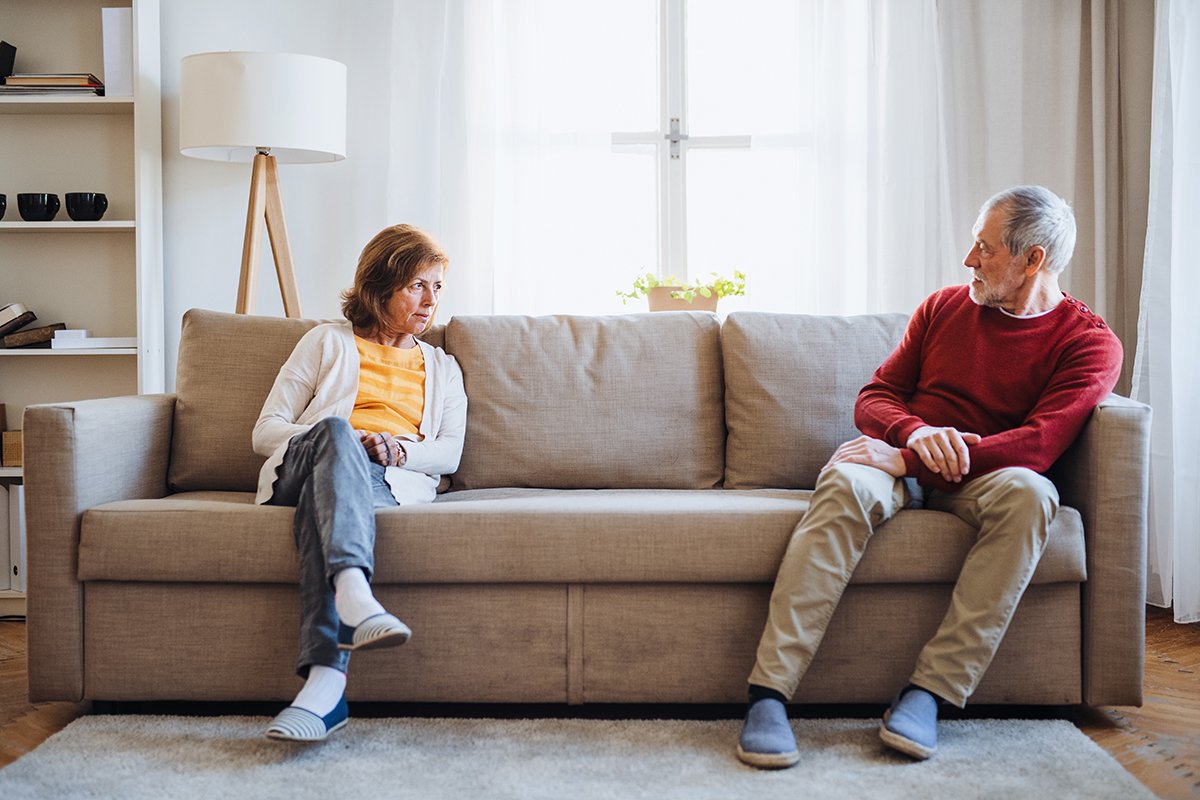 The Lost Art of Agreeing to Disagree

I met the man that would eventually become my husband two months after arriving on campus for my freshman year at college. About two months after that, over Christmas break, I met his family. Things were going swimmingly until dinner on the first night when we were all subjected to a political debate between his dad and his older sister. In my head, I kept repeating, “No sex, no politics, no religion, no sex, no politics, no religion,” but before I knew it, I had engaged. Thankfully, my training must have kicked in subconsciously because my comment stayed relatively benign, changed nothing about the debate or the atmosphere, and allowed me to easily slip back under the cloak of invisibility I had originally planned to employ for the evening meal.

By breakfast, it was clear my invisibility cloak might not have functioned as well as I’d thought. My future father-in-law, at an advantage as he had already had his coffee, seemed eager to revisit my comment from dinner, and asked me to be more specific about what I’d said. His tone was light; definitely not defensive or even adversarial, but I felt as thought he saw himself as the professor, and me, as the naive student; one he would take under his wing so that he could tutor me in the ways of the world based on all of his life experience. Unlike the previous night, when we were in front of an audience, trapped alone in the kitchen now, I stirred the half and half into my coffee, dying to take a first sip before I spoke. Then he said, “Take your time, I’m just very interested to know what you meant by what you said.”

And so it began. For the next thirty years, he and I enjoyed many lively debates and discussions, typically starting from opposing viewpoints; I liked Oprah, he listened to Rush Limbaugh. Rarely did our talks become heated, even though we argued passionately and with substance. Occasionally, by listening to each other, there were times when we even met in the middle and found consensus, and when we couldn’t, we always agreed to disagree without malice, name calling, judgment or ill will. We knew we loved and respected each other, and for the times when things got to a certain place, we were willing to recognize that winning the argument at all costs wasn’t the point.

Unfortunately, for years now, especially with the advent of social media, the art of agreeing to disagree seems to have disappeared along with any desire to listen, to seek first to understand, or to compromise. Winning at all costs is the goal and politics, sex and religion, once considered taboo in polite conversation because of the deeply personal, emotional and private aspects of each, are daily fodder for mass consumption. Today, we demand that others explain and defend to the death, their ideology, and then we judge one another based on our responses. We no longer walk away until we have brought our opposition to it’s knees, regardless of the means we employ to accomplish that goal. There is no consensus, no compromise. Those that can’t be brought to our side are racist, stupid, snowflakes, immoral, evil, unethical, naive, treasonous, nazis, fascists, greedy, inhumane, and many other terms too offensive for me to write. Our need to win at all costs destroys friendships, marriages and familial relationships, as once we’ve beaten each other into submission with our words and our memes, we take on the attitude of “praed victories pergit,” or “to the victor go the spoils,” acting much like Sherman marching to the sea, taunting our enemy and ensuring they can never rise again. The concept of “peace without victory,” the give and take of meaningful debate, the consideration that engaging in debate could possibility allow one to learn from a differing viewpoint, and the decision to agree to disagree have all but disappeared into the landscape of today’s vitriol and desire/need to win.

The world is tired and sick and is going through something that should be unifying. Yet, this pandemic has become a lightening rod for even further polarization. At such a sad, dark time, we need to reach out to each other, and to have these difficult conversations, yet the viciousness, judgment, shame, blame and name calling continues. Today, as I did thirty years ago in my father-in-law’s kitchen, when I find myself to be on opposite sides of an issue, I don’t always shy away from the conversation. Instead, I hope that we can all remember before engaging, that even if you are responding to a stranger on social media, or to your aunt, your brother, your friend of twenty years, or your future father-in-law, we remember that they are all human beings with different life experiences who may have something of value to share.

And, maybe, before you say something that may end a relationship, consider agreeing to disagree. You might be surprised at how satisfying a result it can be. In fact, you might just feel like a winner.

The Lost Art of Agreeing to Disagree was last modified: May 31st, 2020 by Leslie Conway