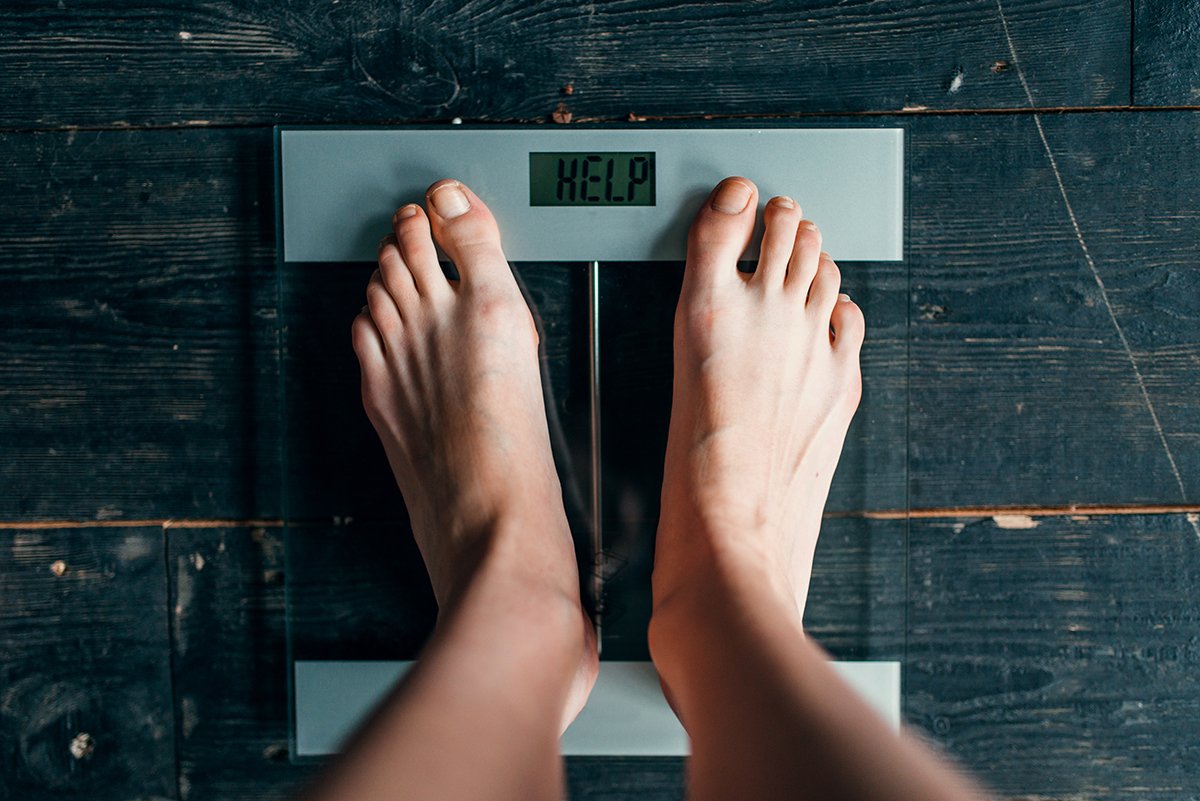 The Lie That I Had To Face About Myself

We had taken a ferry to get to our beachy island vacation, but the locals encouraged us to fly back because it was much faster, and also a good deal for just $50/pp. That is how we found ourselves at a tiny island airport where the parking lot doubled as the runway, the pilots managed the concession, and honesty equaled the plane not crashing.

“I need everyone to report their weight before they board the plane. Safety regulations.” said the paunchy pilot of the 8-seater prop plane that was going to fly us from Puerto Rico’s island of Vieques to San Juan, so we could catch our flight back to Boston.

There was absolutely no way I was going to state my weight in front of my husband, the pilot and 6 other passengers, but the truth was that I didn’t know what I weighed because I hadn’t stepped on a scale in two years. I was rattled because the stakes were so high. I needed to pick a number that was as large as I thought I looked because I didn’t want to bring the plane down. A Chico’s size 3 wouldn’t cut it.

“I think I weigh 175”, I nervously whispered to the pilot, whose thin white regulation shirt didn’t quite button, giving me an unwanted peek at his hairy girth. “I just had a baby (10 years ago), the plane isn’t going to crash, is it? Heh heh.”

His clipped “no problem” wasn’t comforting and I mostly felt shame because I was so overweight. I was in a soul sucking job that left me no time for self care and I hated what had become of my body. I hid the truth from myself by tossing the scale, and I tried to hide it from everyone else by living in oversized clothing.

I had other wild thoughts like “what if I actually weighed a lot more than my estimated 175 lbs. and my lie caused the plane to fall from the sky, killing all 8 passengers aboard?” I could see the headlines – woman takes down plane because she lies about her weight.

I boarded that plane with great trepidation, and only because we had travel connections. Thankfully it didn’t crash and we made it home unscathed, but the experience led me to my doctor to get a handle on my weight.

“Why didn’t you let my nurse weigh you?” asked Dr. Magoo, my GP of over 20 years, looking over my chart. Her pin straight blond hair, twinkly blues eyes and southern accent coupled with a no bull attitude felt like family.

“You aren’t gonna lose weight if you’re a lyin’ cheatin’ sneak about the number. It don’t work that way. Let’s git on the scale and then we can discuss some options. It’ll be okay.”

Over the years I’d seen the back of Dr. Magoo’s white lab coat shrink and expand, so I knew she got it. Heart pounding, I gently stepped on the scale, and I was truly horrified as I watched the digital numbers climb into the stratosphere, but I didn’t fall apart. Instead, it gradually launched my weight loss journey back to the range of normal, with a medically guided diet.

I’d be lying if I said it’s been easy these past few months. There have been many days when thoughts like “another piece of (fill in the blank) won’t kill me” and “the world is too bleak for me to exercise” are my reality. In fact, I haven’t weighed myself since March because I was certain I had gained the dreaded “Covid-19” and I didn’t want to know. Until I wrote this story.

After my shower, completely dry without an extra ounce of anything on me, I gingerly stepped on my digital scale, as if treading lightly would produce better results. I quickly glanced down, my eyes half shut, fearing what was about to be revealed. My fear turned to relief to joy. I only gained 6 lbs. I opened my eyes and vowed to keep weighing myself, even when the news isn’t good, on the scale or on TV. Because who ever lost weight by being a “lyin’, cheatin’ sneak?”

The Lie That I Had To Face About Myself was last modified: July 19th, 2020 by Julie Newburg