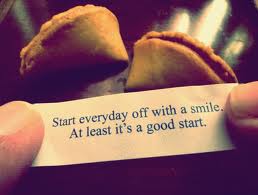 The Joys Of Being A Positive Thinker 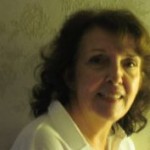 When the going gets tough, the tough make lemonade.

To begin with, my life has not always been easy. I’ve had lots of disappointments, losses and medical problems. I would list them, so that you could understand a little better where I’m coming from, but I really hate dwelling on negative things, which is the whole purpose of this article. Just let me say that the list includes everything from suicide to cancer.

I am one of those people who has been blessed with a very positive outlook on life. Don’t know if I was born with it or if I picked it up along the way, but it has gotten me through some of the darkest moments of my life. I am not unrealistic, in fact I don’t like Sci Fi, the comics, or sitcoms for that very reason.

Strangely enough,dyed in the wool realist that I am, I have a very well developed sense of humor, which also has helped me through rough times.

On reflection, I think I would have to attribute my positive attitude and sense of humor to my family. I had a grandmother who was absolutely hilarious! (Her picture is included here.) She should have been a stand-up comic. Many are the times she had me rolling on the floor or peeing my pants with laughter. She has always been my idol and I chose to identify with her. We even look somewhat alike (I think I’ll use her picture for my avatar for a while). She had a pretty positive attitude, but it was my mother who developed the most positive attitude in the family.

I find myself thinking like my mother all the time and working out problems the way she did, coming from a positive and upbeat place. It’s amazing to me that she could remain so positive, because she had a lot of adversity in her life to deal with. For one thing, she was physically disabled from the time she was a very young child. What a curse to have to deal with, and yet, she dealt with it quite well.

She met my father, a handsome young musician, when he came into her hair salon for a manicure. She was only 22 and she and her family had moved north from a small town in North Carolina, so that her father could make more money. He was a carpenter and a plumber. She managed to finish beauty school and open up a shop on the lower level of the Detroit hotel where my father was booked to play for a couple of weeks. They fell in love and married a few months later.

Life with my father wasn’t always easy. He was very handsome (Tyrone Power handsome) and talented. On stage all the time with an orchestra in the 30s and 40s, he definitely attracted beautiful women. Now that I think about it, it must have been very hard for my mother to cope with. After all she was just a little southern girl from North Carolina. I know my father loved her and she loved him, but I’m sure jealousy raised its ugly head from time to time.

Regardless, she managed to stay positive and grow emotionally strong, with a few setbacks along the way. I never realized what effect that strength and positive outlook had on me, until I was faced with some serious problems myself. I can’t say I sailed right through, but I was and still am a fighter and a problem solver. I have even amazed myself from time to time at how that positive image of my mother’s keeps reaffirming my actions.

To clarify something, neither my mother nor my grandmother ever set about to teach me anything about life. I was left pretty much to my own devices. However, I learned, by watching and living with them, the rewards of a positive attitude and a sense of humor. I saw how it got you through some of the worse times and how refusing to lapse into a negative mode has saved me, many times over. As simplistic and corny as it may sound, I truIy believe that if life hands you a lemon, your best option is to make lemonade.

The Joys Of Being A Positive Thinker was last modified: July 1st, 2013 by Nancy Hinchcliff