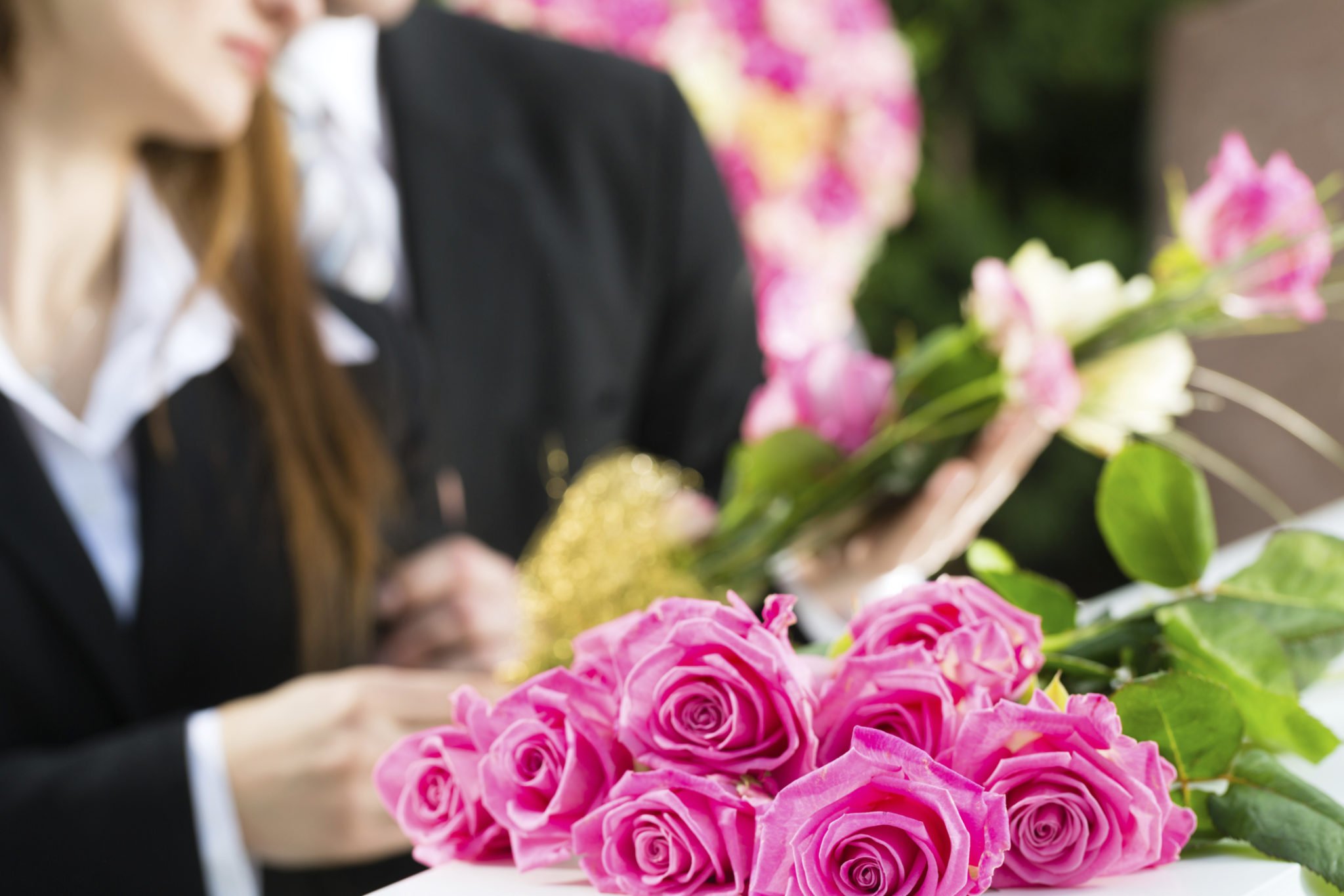 The first eulogy I remember was for my great-aunt. The clergyman quickly and efficiently summed up her life, interweaving a short message of salvation with a two sentence resume, extolling this “woman of valor” whose worth was far beyond rubies. I must admit I was impressed that my humorless, short tempered Aunt Rose possessed such goodness. Till I recognized his words…King Solomon’s praise of a God-fearing woman who constantly looked out for the good of her family… again and again and again at every woman’s funeral I attended throughout my Brooklyn childhood.

A few weeks ago I attended a funeral for a man I never met. His wife was a colleague. The evocative portrait drawn by his children and grandchildren brought me to tears. They told lovely stories that lessoned the grief momentarily and bonded them with the audience. By drawing back the curtain through remembered small moments… like when their dad explained he gave money to a beggar in the London Underground “because he gave to his brother in Penn Station every week,” the essence of Bill was revealed and their enormous loss understood. Anyone unmoved by the rites and the prayer, and even the coffin, could not fail  to be moved by their words.

Until recently, clergy delivered about 90 percent of all eulogies; today that number is less than 50 percent. Whereas in the past people asked their pastor, rabbi or priest to preside, for many families in 2020 scattered across the country, it’s hard to name such a person. So family and friends have taken the lead, using their time on the pulpit to talk more about this life than the afterlife. Moved to serve death in a more personal, poignant way, we’ve chosen to partner with our clergy, as we do with our doctors, no longer ceding full authority. Giving a eulogy has become an opportunity not only to honor our loved ones, but to make known our best, most insightful self.

I remember watching Lord Spencer’s heartbreaking portrait of his sister, a vulnerable Lady Diana, and Cher’s teary/funny sendoff to Sonny Bono. Their multidimensional portrayals were not obituaries; they were personal post-mortems, both familiar and revelatory. They helped guide me when it was my time to speak at the end of a cherished relationship. I was clear my job was to tell stories that were authentic and true, anecdotes to provoke a smile or a sigh. To share moments, unremarkable in life, that suddenly felt unique and irreplaceable.

Hearing dozens of tributes through the years has been a life enhancing experience. What temperaments and word pictures unfold in these brief chronicles! My friend Arthur’s father Joe, when told that he couldn’t cancel his safety deposit box after six months and was responsible for paying for the full year, calmly told the bank employee he was going to deposit the fish left over from the previous night’s dinner in his box. He walked out of the bank minutes later, owing nothing more. My friend Elliot’s definition of sharing an eggroll meant that he shoveled the vegetables onto your plate while keeping the crispy outside for himself. My rabbi Abner had the craziest bluest eyes…and sublimely shared a birthday with Frank Sinatra. When he listened to you, he made you feel he was in the presence of greatness. A neighbor of mine had a personality so charming, a couple he met for five minutes on line in a restaurant paid for his meal. And Uncle Irving had a friend, a dental mechanic, who gifted him a set of old false teeth. Irving’s greatest pleasure in life was to bring them to a restaurant…and drop them into an unsuspecting dinner companion’s soup.

Although we communicate hundreds of times a day at the speed of light, opportunities to honestly connect seem elusive and too much work. Emails have replaced thank you notes and texts do the business of phone calls.

Eulogies provide the occasion to be fully present. As more of us accept the responsibility of becoming storytellers, we home in not on the long days that in a blink turned into short years, but on the uniquely wonderful expressions (elbow grease was my mother’s favorite), and behaviors (my mother-in-law’s fabled marble cake recipe bequeathed with an essential ingredient left out) that tell all.

No doubt our loved ones would be surprised to hear which small character revealing incidents we chose to include in their lifetime highlight reel. As we gratefully connect the dots of their lives, we flash a light on our path going forward, reminding ourselves that it’s the small moments that rule.