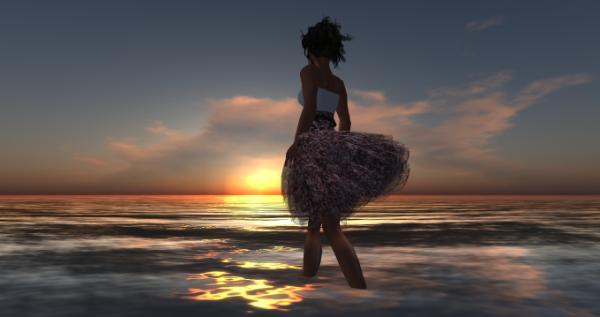 The Fear of Being Alone

“People” ask: Are you are going through a tough time? Do you have a flaw you wish to conceal?  Is there something the world knows about you that you wish it didn’t? Whether you’ve answered “yes” or “no” to any of those questions, there is one certainty about your predicament: “People” will ask you about it. Another guarantee is that they will be the last people you want to discuss the issue with. And finally, chances are that it will happen, not in a private, darkened corner of some quiet cafe, but in public: in a subway car, at a party, at the market. So, be forewarned–when that happens, the floor will not swallow you up, no matter how hard you beg it to.

Having a standardized response prepared is one way around it. You must muster up strength and resort to being what those in my parents’ generation referred to as “flip.” It is the only way to escape with any dignity. After all, the many who ask these unfortunate questions are usually doing so with less than admirable intent. They lie in wait. Then, when just the right number of listeners are present, or when just the right amount of hush has befallen a room…“WHAM!”

“Ask a stupid question and get a stupid answer.” Subtlety is the key. Years ago, I had trouble finding work as a new attorney, and I was often asked what the problem was. Once, I explained that I was independently wealthy and wanted to “find myself” before entering the workforce. That stopped the inquisition cold. After I got divorced, I once again became a question magnet. “But why?” was the usual one. Clearly, the question came from outliers in my life, as the answer was evident to all who had ever met my ex-husband. “Well, I explained, I recently got a puppy that my husband hates. He gave me a choice–it’s me or the dog….”

One hot June day, I got a question that struck me like a freight train.  I was sitting with “Nanny,” my sister’s grandmother-in–law. Nanny is a no-nonsense type of woman. She says what she wants, when she wants to, and doesn’t think twice about it. In other words, she is my role model. She is an Italian immigrant, who worked very hard to raise her family with her husband, who had recently passed away. She worked her whole life and had an unshakeable faith, despite challenges and loss. There we sat on a couch chatting about “kids these days.” Nanny was dressed head to toe in black, the customary dress of a widow in her culture. Ninety-degree heat, and she wore black stockings without breaking a sweat.

Without warning the conversation turned from gymnastics to “the question.” She leaned over and grabbed my forearm, and in her heavily Italian-accented English, in a tone no different than if she were asking me what kind of car I drove, she asked, “When you decided to get a divorce, didn’t you care that you could die alone?” (Cue chirping crickets.)

Trying to be careful with my response, I paused, and then wiped up the Chardonnay that I spit on my sister’s carpet. Nanny was not one of “those” inquisitors. She was genuine and serious. She had just lost her husband, and I understood that her question to me was probably one she had asked herself many times. I told her the truth: I had never considered my death and whether divorce would affect it. I guaranteed her that my death was certain to be more peaceful without my ex-husband lurking at my bedside. I assured her that I would be fine, that I had family and faith. As long as one has God, one is never alone. I knew those were the magic words as we returned to the previous, innocuous conversation.

All was well until I was alone in bed that night. What will become of me? What if I get sick? Am I alone? I took inventory. Do not, under any circumstance take inventory late at night when you are tired and have eaten sweets and drunk wine all day. I turned the lights on. I thought. I paced. Why hadn’t I considered this? My divorce literally became final on my fortieth birthday. I did not plan it that way, and I took it as a benediction from the universe. I moved on quickly after the divorce. But this! How had this little issue evaded me?

The answer began to arrive slowly and in pieces; it continues to come daily. On dark, lonely days, it dissipates like a wave receding from a shoreline and leaves me alone with just the damn question. But it remains within my reach should I need it. The question is not really about death. It is about the fear of being alone.

I knew how to be alone, as my children spent weekends with their father. But, I hated it. My feelings had a source, which until that time I had not identified…that was Step One. Step Two was discovering things that, for me, alleviated the anxiety. Some things I had to look for. Some arrived on their own. Some remedies were temporary–such as online dating. (This is NOT recommended as a solution for this problem.  Think of putting out a fire with gasoline. As you are dating a litany of proverbial frogs to find a new prince, the death bed in the desert seems a sure bet). Others were more successful and permanent–exercise, writing, reading, working, volunteer work, fostering new friendships and re-enforcing old ones, and making time for family.

Who knows what the future holds?  Though I have a feeling the omnipotent Nanny does, she is not sharing the info. It is the things we do when we are alone that define us and bring us strength. I took the Bar exam alone. I write alone. I read great works of fiction by authors who wrote alone. At the same time, the fear remains. It is not a paralysis, however, but a motivator. Maybe God instilled the fear of being alone in humankind for this reason?  The next time I see Nanny, I will ask her to ask God if my suspicions are correct. They chat daily. He has her on speed dial.

The Fear of Being Alone was last modified: November 12th, 2012 by Jane Robinson