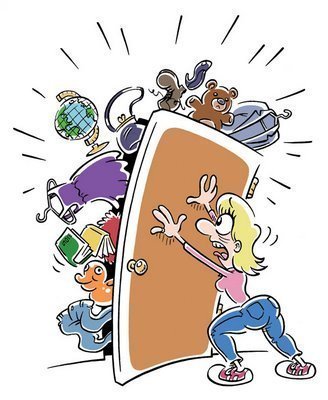 The Curious Life Choices of an Introverted Control Freak

I joke that I like to “plan my spontaneity,” but most who know me well, know I am not really joking. Over the years, friends and colleagues have encouraged me to drop my guard, to be less “bossy” and to compromise more. Let someone else plan something for a change, they’d say. What they didn’t understand is that my desire to control my universe is deep-rooted. It started with a revelation when I was about eight years old.

I remember being in the middle of playing house in our basement. I was feeding my teddy bear in a highchair when I was unceremoniously summoned to our kitchen table for dinner. As I climbed the creaking stairs to the kitchen I was overcome by a thought. I could pause or freeze activity with a snap of my fingers. That way, when I came down the stairs after dinner, a mere snap of my fingers would restart the game where I had left it. Teddy would not go hungry after all. I was in control of my basement domain. In hindsight, that feeling was both empowering and exhilarating.

As the years passed, I modified that finger snap which had served me so well as a young girl. The sound of the locking deadbolt on my front door had much the same effect. Behind that locked door, I was the queen of my castle. It was my sanctuary and I filled it with scented candles, fresh flowers, music, books, and movies to lose myself in. I didn’t have to compromise. Life is good when you are the queen.

To support my realm, I had chosen a career in journalism followed by one in public relations. Both are characterized by an almost total lack of control. You might have a plan for the day, but you were entirely dependent on the news cycle.

It is ironic that a control freak had chosen two professions that test the limits of control on a regular basis. The answer was to do everything in my power to manage the unmanageable. Instead of feeling overwhelmed by a late-breaking story or new project, I took comfort and gained confidence from researching the topic. That led to knowledge and meant plans could be made. Resources could be tapped. And there was always the satisfying sound of the locking deadbolt when I returned home at night.

I’ve often wondered about the choices I’ve made. Single by choice, not circumstances. Childless. And despite always wanting a dog, I just could not bring myself to do it. I did not want anyone or anything dependent on me because that dependence would undermine my ability to control my environment. I needed those hours at home, alone, to recharge my batteries so that I could handle whatever tomorrow would bring.

At 57, I still have a strong need for time alone, and I’m fairly certain my controlling tendencies are here to stay. I have learned over the years that they reinforce one another and can be the source of great joy and fulfillment.

I am the “decider” in my life. I pick the experiences that delight me and will stay with me forever. I travel where I want when I want. I enjoy the pleasures of dining out at a table for one where the sommelier and waiter are my sidekicks. The moral of my story: Embrace whatever your inner queen needs to thrive and use it to live your best authentic life, unapologetically.
BIO: Like her fictional alter ego, Shirley Valentine, @Corinne.Kovalsky is an expert at being alone. She celebrates the pleasures of solo travel and gourmet dining at a table for one. She is adamant that the lack of a mate or traveling companion should not stop women of a certain age from living their best lives.
The Curious Life Choices of an Introverted Control Freak was last modified: February 8th, 2021 by Corinne Kovalsky