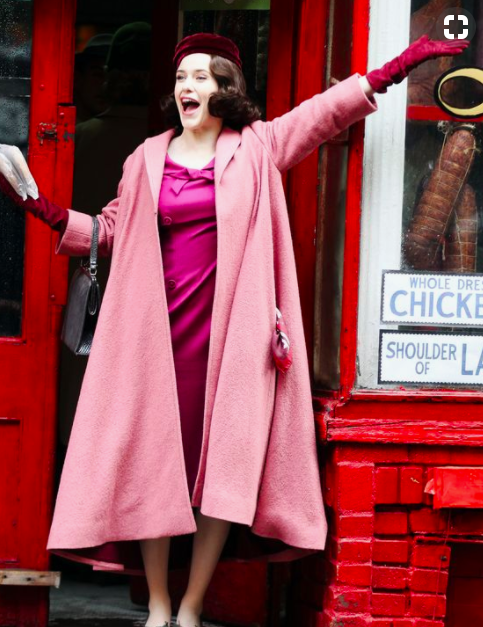 The Best Show On Amazon This Holiday Season

My husband was out of town all last week, but I found some great company to fill in the void. It’s OK, I told him all about Miriam “Midge” Maisel and I’m hoping he will love her too.

I spent the last five days with her, watching her before bed and sometimes gluttonously binging an episode at 3 am.

The series starts in 1958 and Midge is 26, married with 2 kids. Like most women of her era, she willingly had her foot on the brake of her own potential.  Earnest and hardworking, she was on the path to being the perfect 1950’s wife and that seemed good enough.

She had the perfect husband, two kids, and an elegant Upper West Side apartment. Her life suddenly takes an unexpected turn when she discovers a previously unknown talent – one that changes her life forever.

I don’t want to be a spoiler, so I’m not going into any details. But suffice it to say, BA50s this series is for us!

You are in for a big treat and my bet is, you will be binging as well after the first episode. The Marvelous Mrs. Maisel

There’s good reason the show is kicking butt and it’s taken the top spot for the third week in a row on Amazon.

This series is rich on so many levels. The performances are incredible, the 1958 wardrobe choices are mouth-watering, and the humor is LOL. That’s just for starters.

Get ready to turn on your fantasy switch with Rachel Brosnahan’s performance. I wanted to one-click order the coats and dresses with waistlines I could only dream of zipping into.

For an appetizer, take a look at this wardrobe. 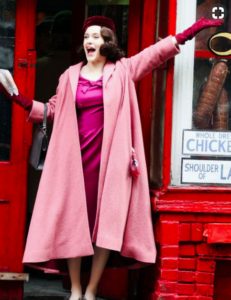 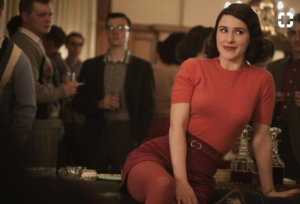 The entire cast is brilliant.

Let us know what you think.

The Best Show On Amazon This Holiday Season was last modified: December 18th, 2017 by Felice Shapiro