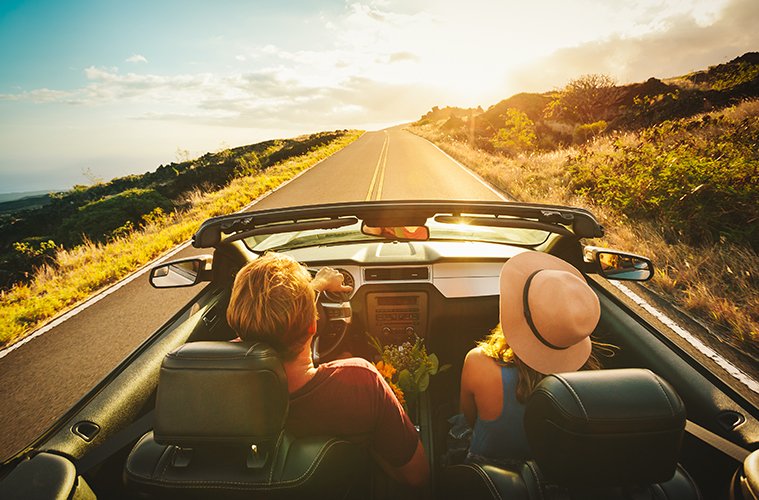 It was the first Third Date I had been on since my separation. He was cute, younger, and funny. But I knew with the third date, there were expectations, especially after that Uber ride with him at the end of our last date—hands groping, tongues entwining.

“Let’s go leafing,” he suggested on our second date. It was late October and the leaves were a week away from peak seasonal color. Sounded fun.

I picked him up from the train station in my ex’s convertible Mercedes—the top down, dressed in a mini-dress with my new silk Agent Provocateur bra peeking out, a pair of Ray Bans, and my long blond hair freshly styled, blowing in the wind. I felt sexy and cool as hell.

With that dress, I knew what I was getting myself into. And I wanted it.

He tossed a backpack into the trunk, and served as navigator. Over lunch, I told him I was writing a blog about my new dating life as a middle-aged woman. He made it clear that he didn’t want me to write about him.

“Okay, I won’t write about you.” Dude, I’m already writing about you in my head—Right. Now.

It was one of those perfect fall days with pure blue skies where everything looked like it was seen through a glowing, orange filter. He made me laugh—like bend-over, belly laugh. I hadn’t laughed like that in a long time and it felt so good.

He navigated me to Bear Mountain State Park. The top was down, we listened to a special play list I made especially for the day trip. We saw amazing views, gorgeous colors. When it got dark and getting late, we decided to get something to eat.

“Should we head back to your house now?” he asked after burger and a beer.

I was okay with the sex, but something made me uncomfortable. I liked him, attracted to him, but I didn’t want to wake up with him in my bed. And mostly, I didn’t want to cook him Sunday morning breakfast. I wanted sex, and then buh-bye.

“I’m too old to be leaving in the middle of the night,” he protested.

“Then I’ll drive you back to the city now,” I promised. “Just talk to me during the drive there.”

We paid, hopped into the car, and before we left the parking lot, he pulled the lever on the seat, laid back, crossed his arms, and closed his eyes.

But it came down to this: he wasn’t breakfast worthy.