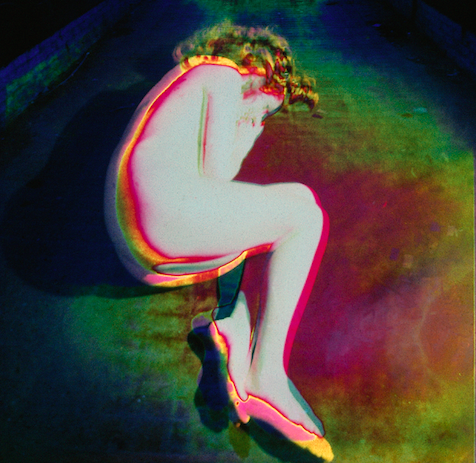 Talking Openly About My Panic Disorder

I don’t cry much. When I do, it’s often because I’m hearing someone else’s pure pain and sorrow. That happens a fair amount when you’re a therapist. I may not allow the tears to break from behind my eyelids, but they’re there.

I cry when I feel loss, or grief. I’ve wept openly when loved ones have died. I cried buckets over a friendship ending years ago. I cried trying to get used to my son being gone, and still tear up a little when I leave his world, and reenter my own.

But last weekend, my tears were unexpected, and in front of a handful of people. I wasn’t embarrassed — that’s not true, I was a tad embarrassed. But I was mainly surprised at the need to get back in control and breathe.

What was the circumstance?

I was at a rehearsal of the “This Is My Brave” show, telling the tale of my own panic disorder.

Now if you’ve been reading my blogs for a while, you know that I’ve already talked about having panic. I’ve told the story about being accosted by my psychiatrist’s receptionist (also his wife…), as her curiosity got the best of her, and she asked what exactly was wrong with me. I’ve written about my panic emerging, and how I fought off the realization that I had a mental illness. I’ve revealed that panic can cause me to tremble and shake at unexpected times. It happened at my mom’s funeral, for example, as I followed her casket down the middle aisle of the church. (I rationalized that people thought I was distraught and that was the reason I could barely walk.)

I’d imagined that talking about it in a speech would be a breeze.

Yet, last weekend,  when these words started to come out of my mouth, my voice was suddenly jerky and I stopped breathing.

“Perhaps if you’ve ever talked with me one on one, you may notice that I often lean against the wall, or steady myself with a chair. That’s my anxiety.”

I felt exposed. I was letting out a secret. I was choosing to allow people into my real world, the world behind the persona I created. I was handing over the keys to my hiding place, to anyone who might be interested enough to go in and take a peek.

But it wasn’t over yet.

“Anxiety was invading my life. I didn’t mind so much the panic itself. It was the shaking. I hated that my anxiety, my vulnerability, showed.”

That was it. Now I was being totally honest. It’s not that I had a problem, a mental health issue, that was, or is uncomfortable and even painful. It’s that others can see it. I can’t hide it, at least not all of the time.

I felt incredibly vulnerable. And tears were there to remind me of that fear.

I did everything I could to shut up the voice that was yelling at me inside my head, “You’re a psychologist. It’s your job to help others achieve change they need and want. Now you’re choosing to let people know not only that you struggle, but you’re going to tell them how they can tell you are? You’re nuts.”

I may be nuts. But my choice is clear.

I’m not ashamed of my vulnerability. If I can help one person who hides their struggle, then reveal I will.