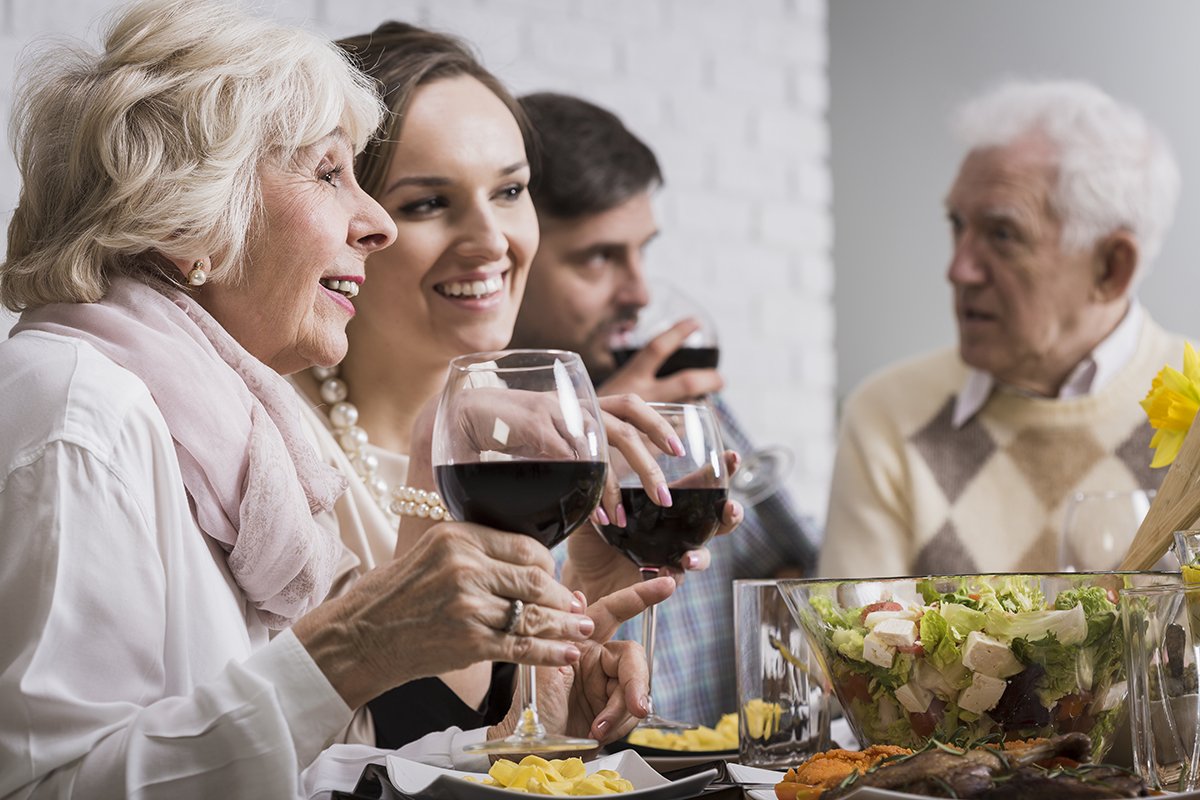 Two cannibals were eating lunch. “I hate my mother-in-law,” said one. “So just eat the noodles,” replied the other. Hilarious. Those manipulative, judgmental women deserved it. They treated us like son-nappers…and love stealers. They shared an unbreakable bond with their son…and they knew how to do all the things we had yet to learn. They were the original “white glove,” eyeing the top of our refrigerator. They winced at the neglected dying plant on the windowsill. Then we blinked.  And suddenly we are them.  Jeez, talk about a shift in perspective.

Years ago my friends and I walked on eggshells around our mothers-in law, sharing horror stories of their unsolicited counsel. Most of us went straight from our mother’s house to sharing a home with our husbands so we were thin skinned about our lack of wifely skills. This insecurity translated any helpful advice a husband’s mother might offer into feeling undermined and disrespected. We struggled to prove ourselves worthy of this man we both loved beyond measure.

My mother-in-law called the ants in my house “vermin.” She used the phrase “Oh that happened before your time” so often I believed she actually thought my time on earth started when I met her son. If I wore something new, she asked me how much it cost…ugh. But if I’m honest there were plenty of things I took offense to that if my own mother had said, I’d find innocuous. “Did you bring the baby’s medicine?”  My mother was asking after the baby’s well being. My mother-in-law was questioning my credentials for motherhood. Likewise if she said “This restaurant is overpriced.” Or “You have lipstick on your teeth,” she was being unnecessarily critical . I took every word personally.

Although mother-in-law jokes are the staple of male comedians, the problems are almost always between the two women. A study found almost 60% of married women (but only 15% of married men) said they experience sustained stress because of their spouse’s mother. An Italian study found the odds that a marriage will last increase with every hundred yards that couples put between themselves and their in-laws. A Japanese study found women living in multigenerational households were two to three times more likely to experience coronary heart disease than women living with just a spouse. And in another life-is-seriously- unfair moment, men living in those multigenerational homes experienced no increased risk at all.

As the mother of a married daughter, my role is not fraught with issues of competition and feelings of being replaced as is the case with a few of my friends with sons. Brian adores my daughter with all his heart and makes being a good father his most important priority…and I feel blessed every day. His is my least complicated relationship. Cause I’m dealing with a man, not a woman. I kinda mean that in the best possible non-pejorative way.

It’s crystal clear to today’s mothers-in-law that no woman needs two mothers. Opinions are given when asked. They defer to their daughters-in-law decisions about where to spend any given holiday. They make themselves available to babysit when needed…stay at a hotel rather than impose on their kids’ privacy when they come to visit…bring presents to acknowledge their appreciation… and pay for every dinner.  Most want to insure a more honest, trusting, enduring bond than the one they enjoyed (?) with their in-laws.

Mothers-in-law today are a lot more psychologically savvy than a generation ago. Daughters-in-law are older and have lived life independently.  They’re aware the odds of two strangers with nothing in common but the love of the same man miraculously relating as some kind of reconfigured mother and daughter are teeny tiny. Both are keyed into the significance of their relationship on the future happiness of all involved.  Both are aware insecurity and uncertainty can be avoided with a dollop of compromise and a generous heaping of respect. It seems a shame that the best part of us as women, our compassion and empathy, have historically been underutilized in this relationship. It’s such a worthwhile goal to make honest women out of the former outlaws in our lives.

Mother-In-Laws…Is There Any Hope? was last modified: July 20th, 2019 by Marcia Byalick