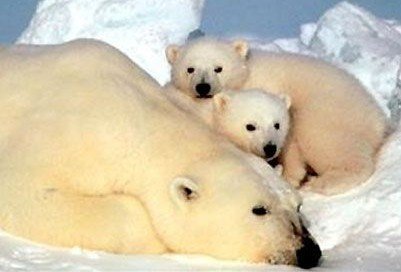 It was touch and go for a bit, there was no telling, once we started our six-hour journey to upstate NY, that it would be successful.  The expectations seemed realistic – my two boys and I were going to have family time and since my younger boy was deep in work, we would visit him in “his space.” It would be our own version of visiting day. I certainly didn’t think I had oversold the adventure to my eldest son, but I was beginning to think that perhaps I had oversold it to myself.

My boys are in their early 20’s and are both on exciting adventures which makes it difficult for us to have  consistent family time. The younger, a musician is on the road for four-month stretches and writes his music and records 24/7 in his off-time.  My 25 year-old is about to enter a two-year intensive graduate school program. Suffice it to say, we love our family time and have a pact to make it a priority. We hadn’t been together for three months, so my older boy and I planned a road trip to visit his brother.

Despite almost missing our 8:15 am ferry, we squeezed on with two minutes to spare.  The boat ride was uneventful and we began our five-hour drive steeped in conversation and podcasts of NPR’s Wait Wait… Don’t Tell Me!.  Perfect catch up time with my son. The trip was already meeting all my expectations.

My youngest son met us with a huge smile and the biggest hug. The house was fantastic: lots of glass, decks, recording studio, great bedrooms.  In a nanosecond it was crystal clear we were entering his home/office/studio.  After a few minutes of chit chat with his team of three, they were all back to work on a pressing new music release.  My older son was immediately absorbed into the process, taking his seat by the computers and I became the observer.

It was already clear they were living the perfect work/life balance for musicians-work, work and more work.  This was no typical camp visiting day.

The group’s hunger alarm went off about an hour after we arrived, and the six of us headed for a late breakfast. They had 20 minutes to eat before they had to be on a scheduled call.  We rushed out of breakfast into the car for the call. I sat in the back seat, ever the Mom passenger. While two took the call, the other three jumped out of our parked car for the “grocery run.” It was no surprise the butcher was the one-stop shop. Carrying pounds of meat for dinner they jumped back in the car and the business call continued for another 30 minutes. I sat quietly in the back.

Back at the house, they dove into a group edit on an article profiling them – I was thrilled when they asked me to help edit. Finally, something I could assist with!

Frankly, there wasn’t much I could do for them. My old Mom role wasn’t going to work here. I was in their space, an observer. They were deep in their creative process and I needed to stay clear. I reviewed the activities since our arrival and hatched a plan.

Group Editing article that was about to be published

Group Work Out five men pumping up for two hours

So I pivoted. That’s what good business people do – they realize their Plan A isn’t working and they pivot. Hey, they teach it at Harvard; I even teach it at Tufts, so why not here on the music incubator field trip?

My fantasy was I would sleep on an air mattress in the loft with the boys and talk all night. My reality was “get a room.” We hung for a bit and I took off to find a room. I found a great little motel by a stream, and was about to put my stuff in the room and head back when I had an “Aha moment!”  Why was I rushing back?  Maybe they didn’t need Mom around all day?   So I pivoted and recalibrated my fantasy. I would chill on my own and have plenty of visit time over dinner.

I settled in and sat by the stream out back, read, and did some writing. It felt great.  After a few hours, I decided to pick up some salads as my contribution to dinner so I headed to the highly recommended Cucina.  I decided to sit at the bar and place my take-out order.  I had never sat at a bar by myself.

Seated next to two 60-something guys, I ordered three salads and then ordered myself a Prosecco.  (This felt indulgent, independent, and exciting.)

I instantly started talking to the guys and we had a playful conversation as I consciously ignored the salads waiting on the bar.  The guys, a writer for HBO, and the other, a craftsman and former roadie for a major rock band, met when they had lost their wives to breast cancer. They were funny, irreverent, and sensitive. I was having a fantastic time. I checked my watch, it was now 8:00 pm – I had been there over an hour.

By the time I arrived back at the house, the boys were post-workout, sweaty and shirtless, and the meat was on the grill. They barely noticed I’d been gone for hours and welcomed me back with big smiles.  Back to being the visiting Mom.

The jewel of the day unfolded after dinner when I got my precious one hour of alone time with the boys. We went upstairs, hung out on the bed, talked about life, and how hard it is to find time together. We even set aside five days in December to have more family time.

My fantasy visit had morphed to reality and then back to fantasy again.  It wasn’t the traditional 48 hour intensive with the boys I’d imagined. My Mom role has changed – my boys are men and they have their own lives.  On this trip, I learned that there is joy in being an observer, giving them space and in so doing finding some great space of my own.