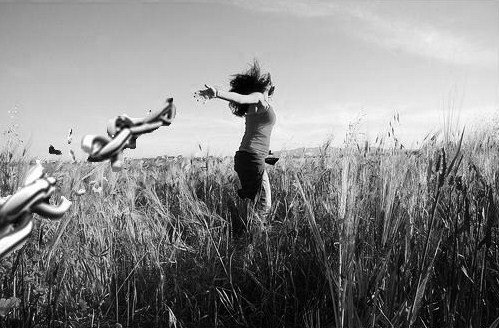 My roots have always entwined themselves around home. Home meant permanence, the place you return to to separate from the world. It’s where the heart is…along with twenty-year-old pots and pans, two rooms that need painting, and a bottom drawer full of old photo albums. Home is where your family sleeps and your bills arrive; where your wok, juicer and Cuisinart lie unused. In a larger sense, home can encompass a neighborhood, a community, even a city. Simply put, home is where you know your way around.

In today’s world, however, home has become a place you have to leave to find yourself, to unearth the true nature buried under the personality your family has assigned to you. Not one to fall behind the times, I agreed with those who said that the best mother is not the one who is leaned upon, but the one who makes leaning unnecessary. “The better you do your job,” I’d preach, “the less you’re needed.”  What greater gift can you give a child than to allow her to make her own way, sturdily, completely, on her own two feet? Yaddah, yaddah, confidence…yaddah, yaddah, self-esteem. But that was a few months ago, before I became a victim of my own success, before my twenty-three-year-old daughter up and left home for an incredible job opportunity in Los Angeles.

Since then I’ve been walking around feeling selfless, like I did a courageous thing by “letting” her go and relinquishing all claims to peace of mind. Before she boarded the plane, I tried to stuff her head with a few months’ worth of admonitions and her wallet with the couple of “God forbid” numbers I’d culled from friends and neighbors. But I have to admit I came up short in the advice department. I never left home. For the first time, my youngest child was going where I have never been, embarking on an adventure I would never have had the guts to explore.

Whenever my friends and I talk about the differences between Generation X and Generation Carol King, we speak as if we were somehow smarter or stronger, because we were married and mothers at their age,  What we were, I believe, is more satisfied, more comfortable…and more fearful. Today’s daughters will not be content settling for a life of “contingent value,” as the feminists call it, and will travel as far as they have to for the “intrinsic value” they seek. Even if it’s 3,000 miles away from home.

To be honest, I’m less concerned with worrying about Carrie, than I am with how someone like me is going to function effectively if my baby is living in California. What’s clear to me now is that all the years I cared about her, I was nurturing my own self-esteem. No other job ever made me as proud or as scared, or filled me with such heart thumping delight and bone-tired weariness. This was an eternal commitment, me serving as her bridge over troubled water, and I accepted the challenge.

As a woman who has worked hard to achieve some semblance of a healthy balance between career and home, I’ve always known the pitfalls of making children the center of life and your reason for being. But knowing something doesn’t preclude your gut from feeling something else entirely. Raised by the generation of women before me, it’s not easy to shake off the notion that children come first. A mother who is not sacrificing money or leisure or the last bite of her ice cream cone for her kids was simply not a Phi Beta Kappa mom. And, the reasoning followed, if you did your job well, how could your offspring, the unique and awesome collection of your gifts and errors, ever bear to leave?

Reconciled to the fact that I can’t keep Carrie here by letting the air out of her tires, I’m now into picturing her as a galaxy spinning away, but still within my pull of gravity. Strong families are stubborn; distance might stretch the ties that bind them but they won’t break. As I admire her business cards and listen to her stories, I’m grateful I didn’t always know this day would come. I just have to make sure she knows that Thomas Wolfe was wrong…she most certainly can come back home again.